Now this is interesting - in the dying days of Symbian, this developer produced some addictive logic games for the platform... and he's back. Benarom Games has taken the best of the Symbian titles, added in some new ideas and implementations, and the result is BR Logic Pack, six games with optional random set-up (i.e. infinite playability). No ads, no IAPs, no distractions, just pure puzzling. And if you need any further recommendation then see below for a code to get the game pack for free.

The six puzzles implemented are:

Most of these will be familiar to you in one form or another, but I'm going to take you briefly through the Windows Phone implementation anyway. And they all run just fine on Windows 10 Mobile too, being created (I think) as a WinRT 'universal' Store title.

Here's the pack in action: 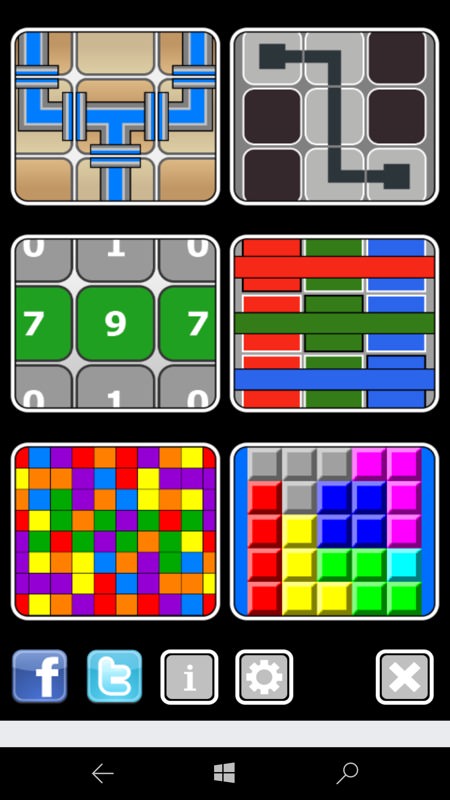 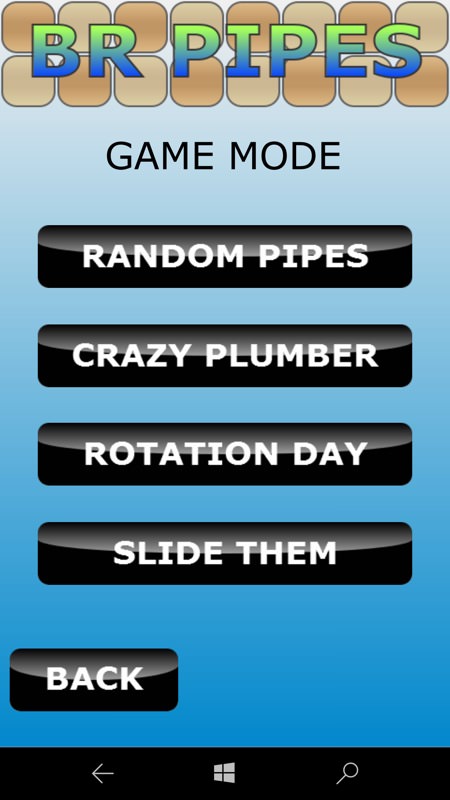 The opening choices, one shortcut for each of the six puzzles; (right) heading straight for the classic BR Pipes... 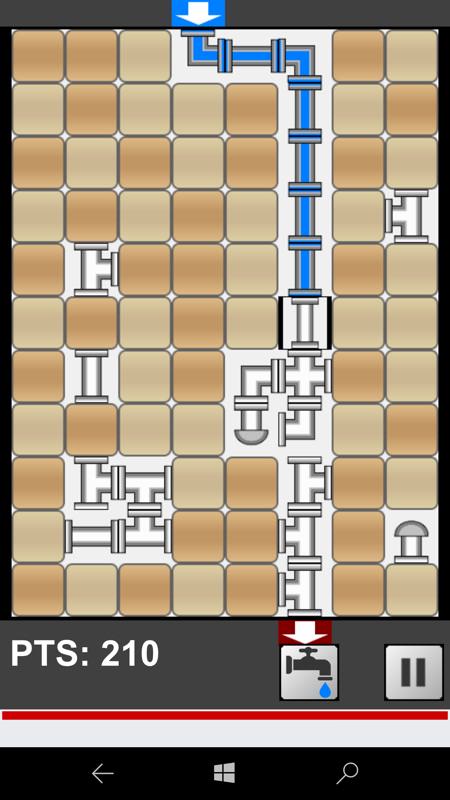 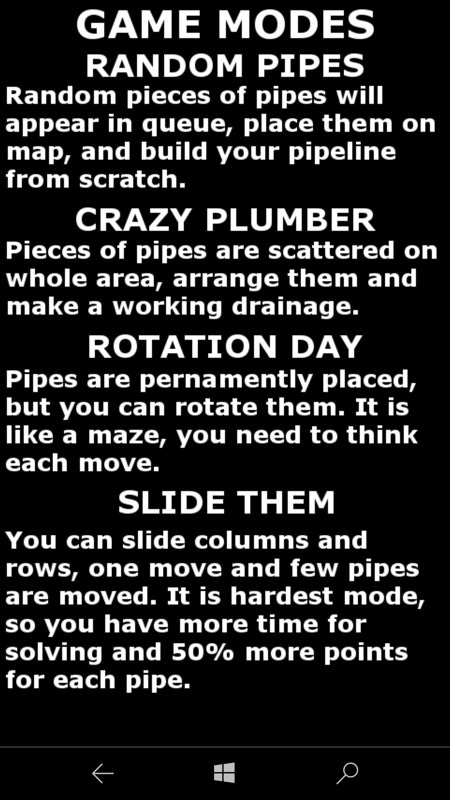 Using ideas from the classic Pipemania, this offers four different modes and many level variations. Oh yes, and - like the other puzzles here - it's harder than it looks! 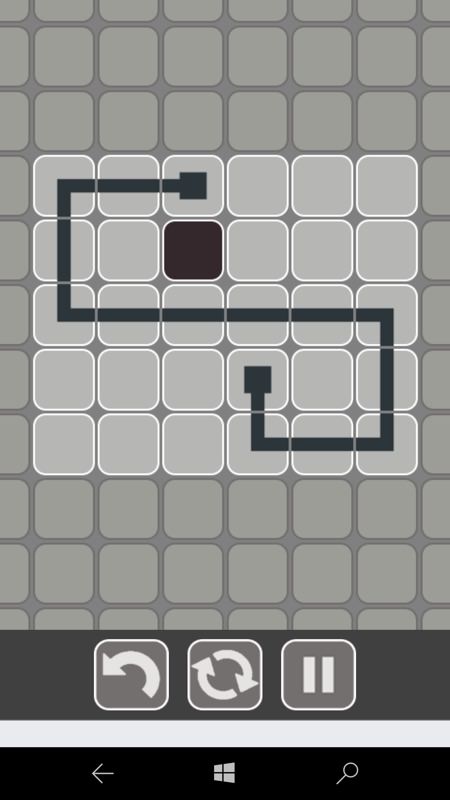 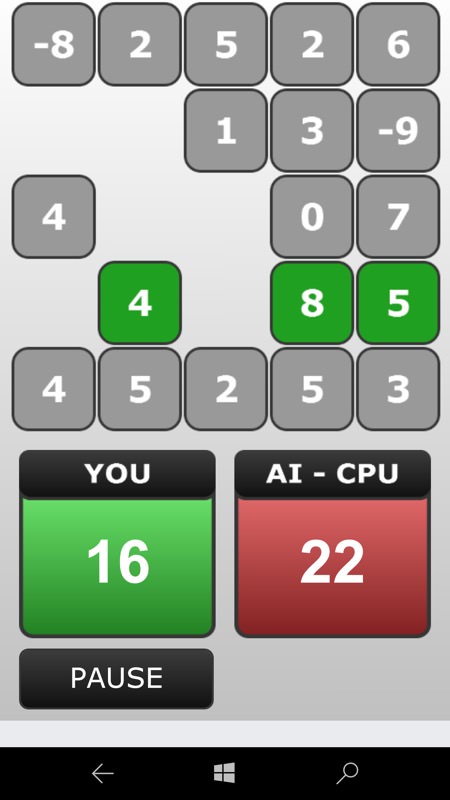 Twisted Line is a nice idea and a real spatial puzzler; (right) Plus or Minus is harder to get to grips with - see my comment below about tutorial levels being needed! 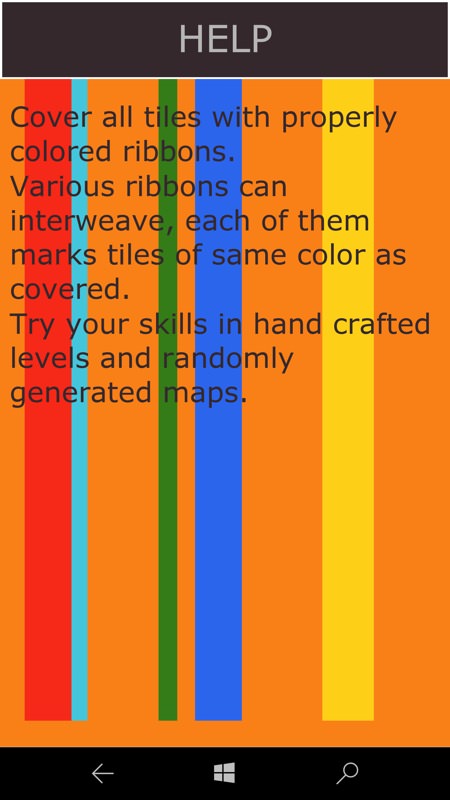 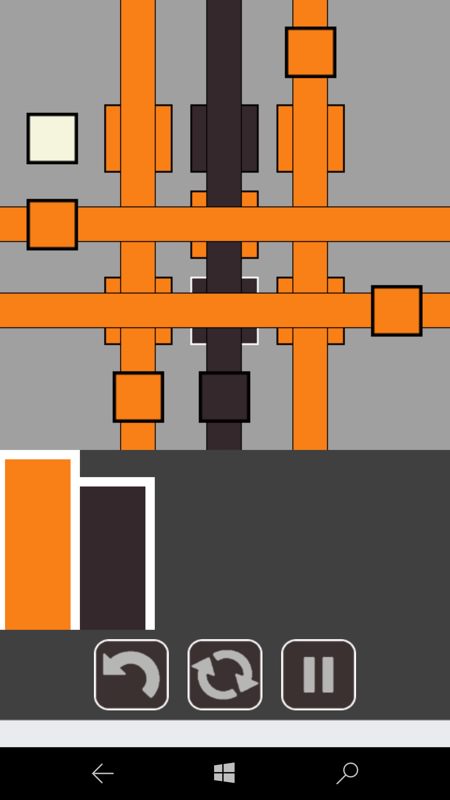 The same goes for 'Colorful Ribbons', it's unclear exactly what, as a newbie to the puzzle, you're supposed to do (or perhaps I'm just thick!) and, again, more help is needed. 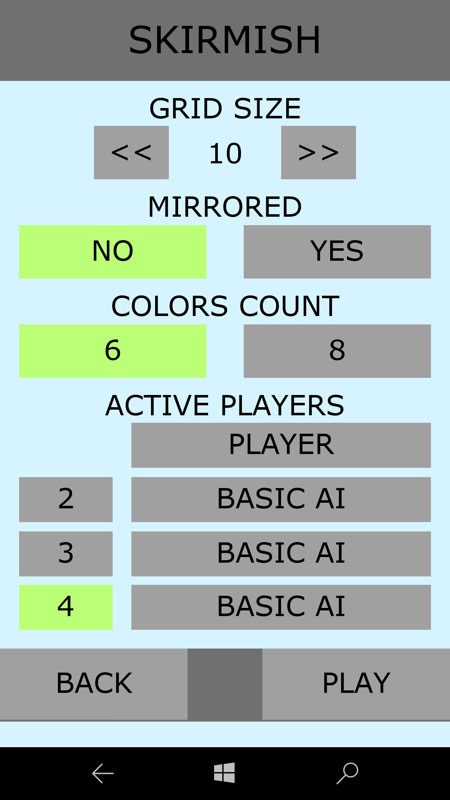 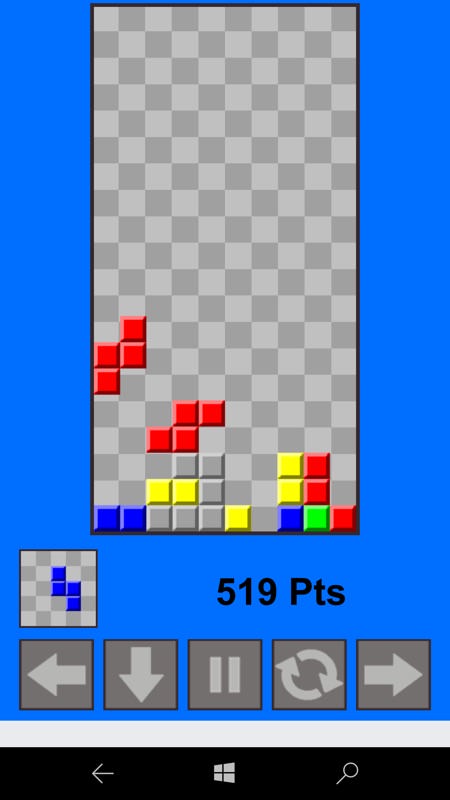 Each of the puzzles has some customisability, though it varies widely according to title - each is effectively a completely separate game; (right) Tetriles is Tetris and familiar, but it's been tinkered with and there are extra row-matching possibilities and bonuses - and it's not clear exactly when these should kick-in - they caught me by surprise.

You'll have gathered from the notes above that if I had a criticism it would be that the help screens for the puzzles aren't really detailed enough - either more explanation is needed on exactly what to tap on or perhaps a 'hint'/tutorial level is needed in each case. The developer would do well to hand the less well known four puzzles to a friend or family member and watch what happens, watch what's needed for them to make progress, etc.

You can get a free copy of this game with this promo code in the Windows Store: '67KVC-T6YF3-K6QRF-KW29K-49GTZ'. It's limited to 1000 redeems, but that should be fine for you, reading this in mid-August 2017. BR Logic Pack is in the Store here.

Comments welcome - did you find the puzzles more obvious than me?