Slack Beta for Windows 10 Mobile gets a reliability update

Slack's Windows 10 application for mobile isn't a true UWP - it's actually a WinRT 'universal' app, confusingly. It's also permanently in 'beta', seemingly. But it has been getting regular updates, which is good to see, even they're of the 'bug fix' kind, see the latest changelog below.

You can provide feedback just by tapping the feedback link (in Settings > About) or sending an email to winphone@slack.com

As I mentioned a few months ago though:

As I say, this has been out for almost two years, yet is still in 'beta' and updates have been coming along bi-monthly, yet there are still some yawning gaps in functionality, at least when compared to the full Desktop Slack experience:

So still masses for the Slack team to do. 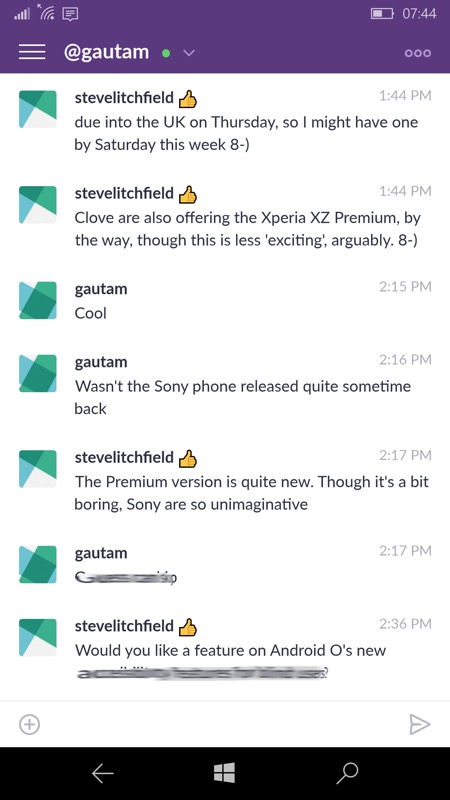 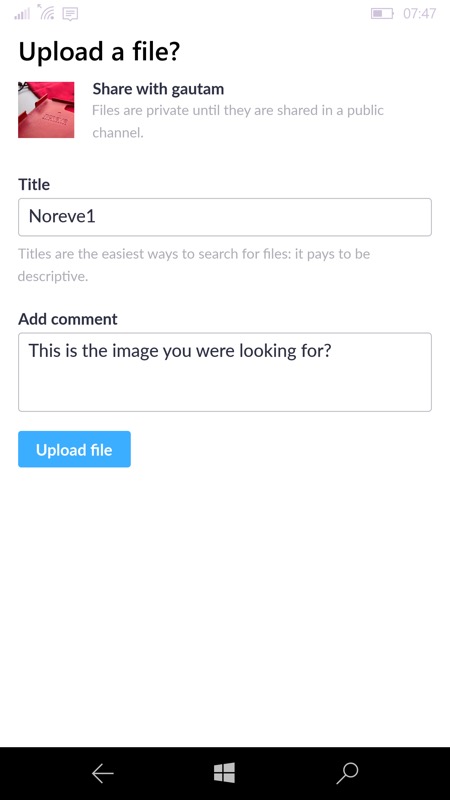 Do you use Slack Beta for Windows 10 Mobile? How well does it work in your team? What other features are needed?