Rafe and I aren't at IFA 2017, but there's something interesting over on the Wileyfox stand, it seems. As spotted by Ben Wood and photographed, lower mid-range specialists Wileyfox (famed for their Android handsets) are showing off a brand new Windows 10 Mobile phone, the 'Wileyfox Pro', aimed at businesses that don't fancy splashing out for the HP Elite x3, which comes in at roughly three times the price. 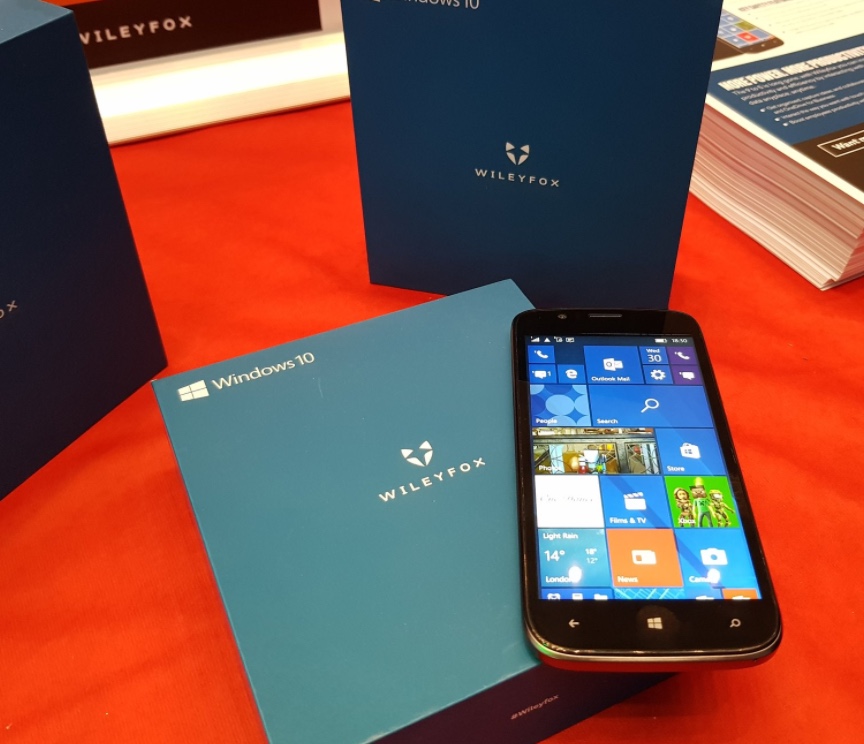 The specs are lowly, of course, but not terrible:

Very surprised to see @Wileyfox offering a €249 Windows 10 smartphone. Apparently @Microsoft approached them to do it. pic.twitter.com/aaq7qH1IGW

We knew this was coming, of course, though it's taken a while...

The angle here, other than price - think sub-£150 in bulk to businesses - is security. Android is being shown up more and more as insecure once fallible humans get their hands on the phones - it only takes a sideloaded trojan and suddenly your company data is at risk. With Windows 10 Mobile under the hood, there's bomb-proof security ('restrictions') imposed and, to be honest, far, far less chance of the user trying to hack anything onto the phone that might compromise it.

Do you think Wileyfox is onto something? Windows 10 Mobile really might be pitched as 'the secure mobile OS', I think.

I'll review the 'Wileyfox Pro' in due course!