Since Microsoft stopped making phones a year ago (and almost exactly four years after it agreed to buy Nokia's Devices division), we had wondered what the device landscape might look like in the future. Now, we're kind of in a first party holding pattern while Microsoft plans its next game-changing device (hopefully), but in the meantime a line-up of sorts is developing. Don't expect much, but at least there's a third licensee producing official phones now and listing them on the official Microsoft Store. In Germany, at any rate.

At least it's better than all Lumias showing as 'no longer available' and just a solitary HP device - we now have a neat row of three: 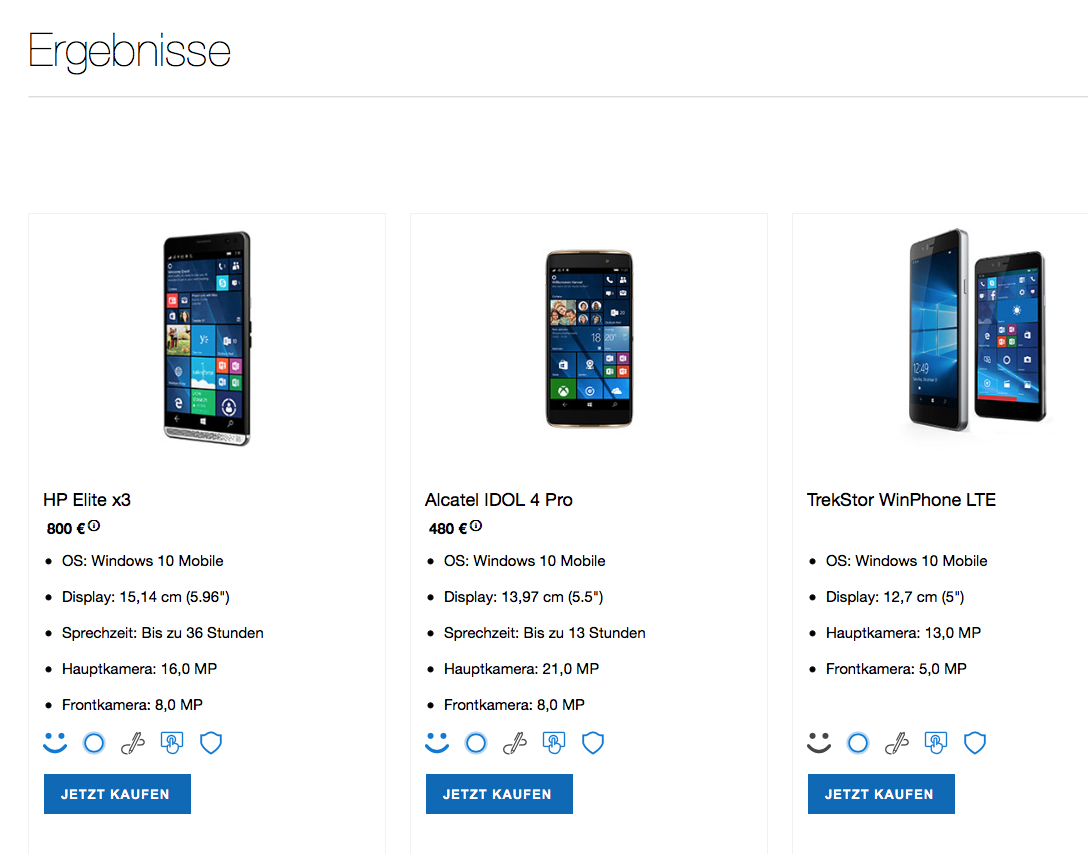 The 'buy' page does now go to the right place, in this case to Amazon Germany, though there's still not an official price, interestingly.

None of these smartphones have been/are going to set the world alight, but at least there's a line-up of three now, none of them from Microsoft.