Not for once a UWP app for Windows 10, AAA Medical will run on any Windows Phone 8.1 phone or above. It's designed for NHS hospital doctors and nurses to keep track of their patients and I've included the relevant details and promo screenshots below. It looks very impressive, though obviously I have zero experience - comments welcome if you've (or a colleague has) used it in the past- apparently it's already used in 89 UK hospitals!

There's a web site for the app, too, at http://www.aaamedical.co.uk/

Mainly though, it's in the Windows Store here, with description:

AAA Medical is a free mobile app for NHS employees or medics anywhere that helps them work as an organised and efficient team in Hospitals, care homes or domiciliary environments. AAA is a group based, dynamic, clinical task management system with communication and shared cloud based workflow in an easy to use app. AAA is 'Occasionally-Connected' - It works where you have a data connection but continues to work in areas with no connectivity or during an emergency or disaster. Create new wards, add or treat existing patients not only when you have a connection or can access a terminal but more importantly whenever you need to. The data is then shared and synched with your group when you do connect. Vitals, National Early Warning Scores(NEWS) & PEWS, medications, handovers, image and video data can be added from an off-grid ambulance, helicopter or unconnected area of your hospital and this data is then automatically transmitted as soon as a 2g\3g or Wi-Fi signal becomes available in a secure and HIPAA\HITEC compliant way. Alarms can be set on any vital sign and group members alerted when alarms are tripped. All data including chat and email are 256bit AES encrypted on the phone, when transmitted and when stored geo-redundantly in the Microsoft Azure Cloud. It's a full featured EHR and workflow system that incorporates an extensive communications hub. Patients with deteriorating vital signs can also be monitored and members of the team alerted when alarms are tripped.

AAA can be used by a single user or by a group who want to collaborate and share data and jobs. Once a member is invited, tasks can then be allocated to the best suited, best qualified or least busy member of the team. As the model is GPS aware you can even choose the member who is closest to the patient or task. A useful feature for domiciliary or home care users.

AAA starts by building an accurate working model of your hospital. The UK's largest 100 are built in but if yours is missing, ask us and we will add it. Ward telephone numbers, names, specialties, number of beds, floorplans and contact names are built with a single tap. A dynamic workflow system then lets users create tasks that mimic their current processes including the use of existing stationary. Tasks are then applied to accurately named wards, beds or patients in correctly named locations. It's a familiar way of working in an environment they already know.

Users can see all their outstanding tasks or tasks in a ward, for a patient and how old or overdue those tasks are. Access to the full patient EHR including video, audio and image notes are available even when off-grid including the ability to create appointments and reminders and have these integrate with their existing Microsoft, Apple or Google calendars.

In terms of 'why develop this for Windows Phone, rather than (say) Android?', the developer replied:

"It’s on Windows Phone for some very good reasons:

I also think Windows Phone is more popular than is thought as it is used by many businesses who lock the phones down so much that they don’t show on the Ad Duplex figures. For example, our Bosch dishwasher broke down and the repairman’s company phone was a Windows Phone with one company app."

Some excellent (and practical) points there and not often considered by the tech media, even if point no. 4 galls slightly...!

Here are some of the promo screens of AAA Medical in use: 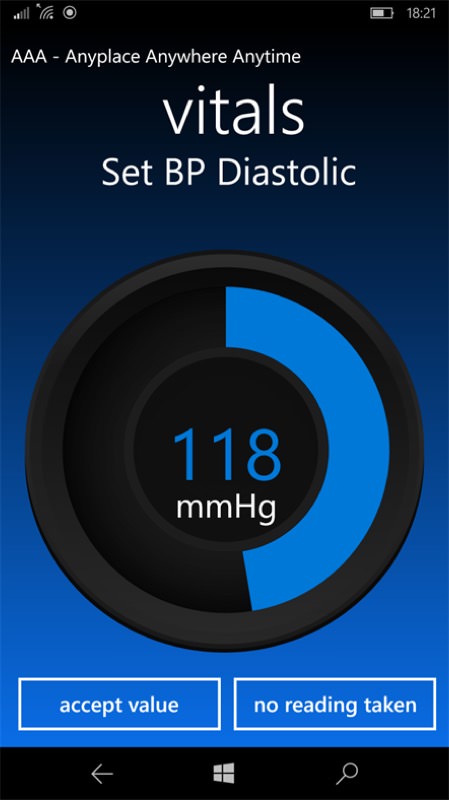 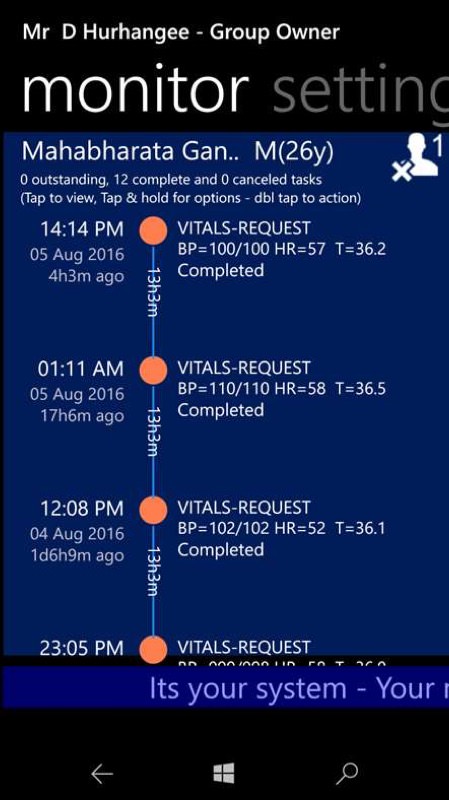 Managing patient vital signs, complete with alerts, below, if connected up properly... 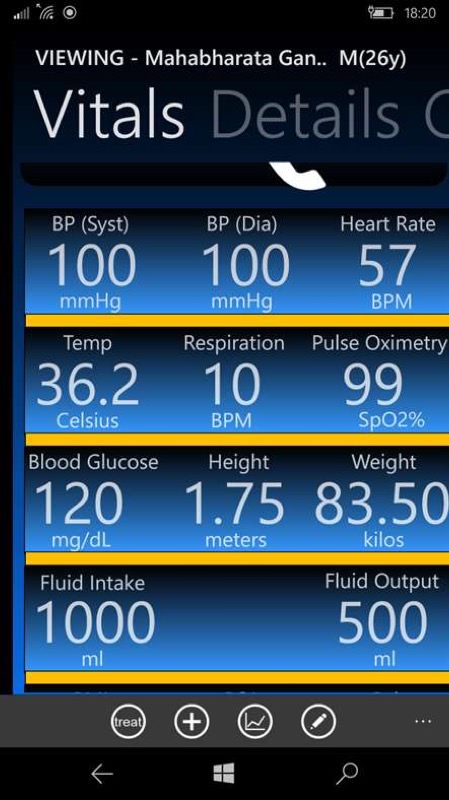 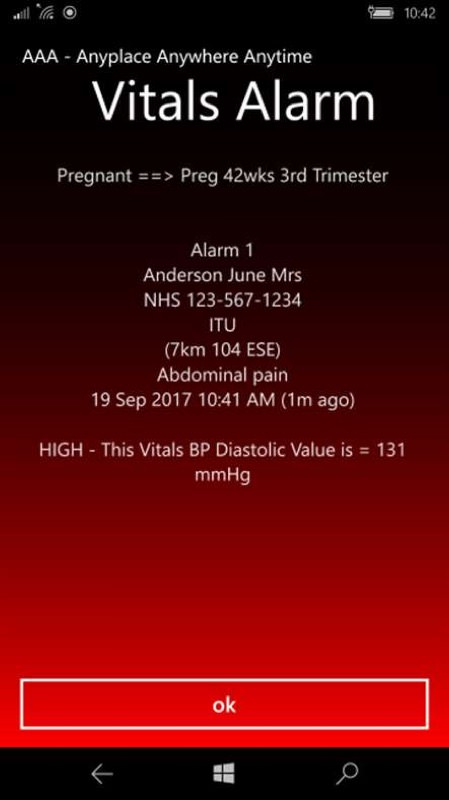 You can grab this here if you're in the NHS and want to spread the word!