Now that the Creators Update (Redstone 2) is the 'production' branch of Windows 10 Mobile, we can see 'Patch Tuesday' fix round-ups for it, with the official list for the 'October 2017' update' mainly composed of security patches, at least in terms of mobile relevance. Again, it's still significant to see this arriving simultaneously for 'mobile' in lock step with 'desktop', in terms of the under the hood modules, though this month may also see the desktop jumping ahead to a different branch with the formal release of the so-called 'Fall Creators Update' to production users.*

* You see, although the Fast ring Insiders on mobile have got the '1709' branch of Windows 10, we just don't know yet how much (if at all) Microsoft will push this out to production users. In theory it should happen, given all the business users still - in practice, who knows? 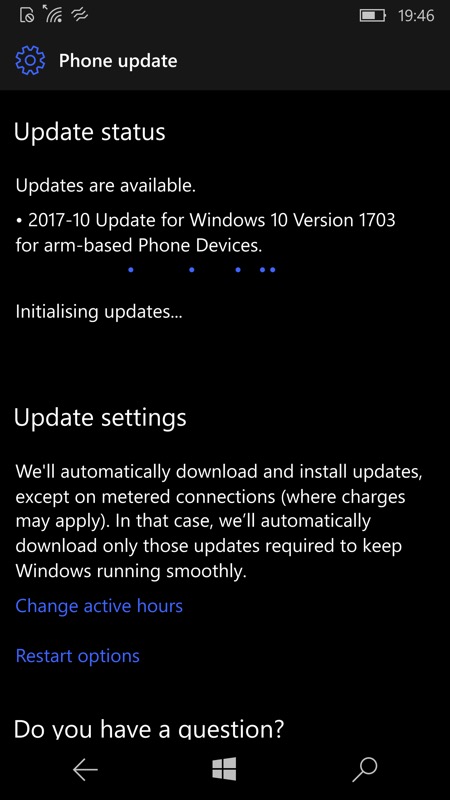 Here's the quoted changelog, with mobile-relevant items emboldened (most of the specific fixes are for the Desktop):

This update includes quality improvements. No new operating system features are being introduced in this update. Key changes include:

As usual, in today's malware-strewn and fraudulent times, we should never disregard security fixes (e.g. to the Edge browser) though, so update today in all affected mobiles, just in case!

Curiously, the Release Preview ring hasn't gotten this update, probably because this ring is now handling the Fall Creators Update on the PC. I'll do a separate post on this, on what all this means for people with Lumia 830, 930, etc. tomorrow. I've got good news though....(!)