Traditionally, Windows Phone and Windows 10 Mobile users have managed their hardware by updating over the air when offered, playing with the Insiders programme if they feel geeky, and then fallen back to the Windows Device Recovery Tool if everything went pear-shaped. There's a new option though, with Microsoft also releasing an 'Over-the-cable Updater tool'. Also a Windows desktop program, though with no user interface and thus intended for IT administrators in a company, perhaps having to bring 20 or 30 phones up to date and not wishing the hassle of managing the UI of a Windows desktop tool and multiple phone dialogs over a long period of time, this automates the flashing of any Windows phone to the latest supported branch/release. Well, that's the theory... 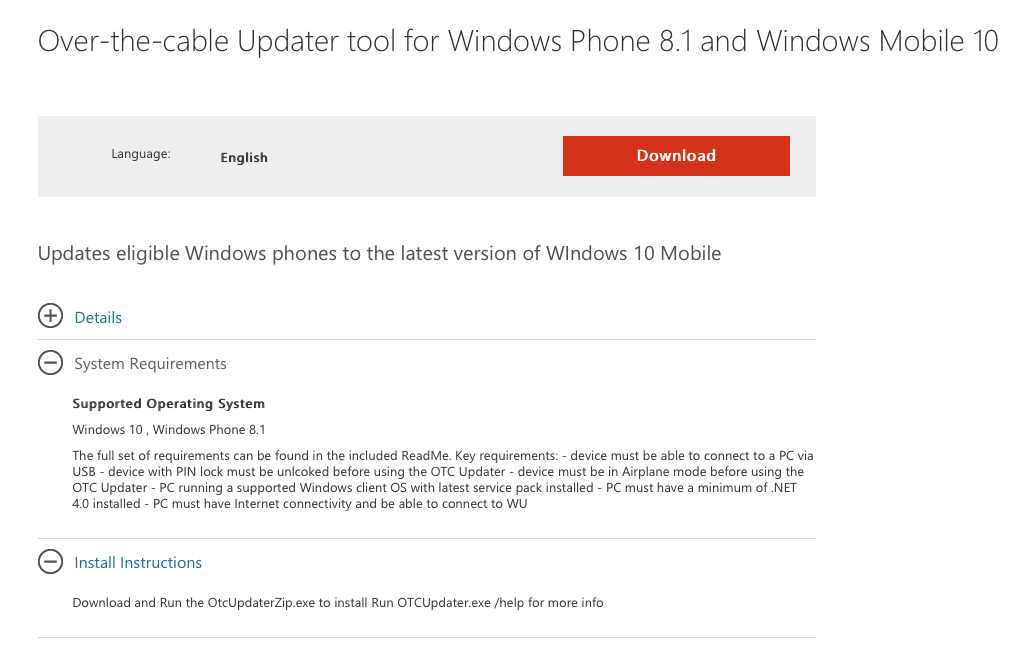 All rather confusing having the two tools to do similar jobs, Microsoft, but hey... Essentially WDRT takes you back to true factory conditions, while the OTC Updater does that plus it is supposed to grab all the updates since (including 8.1 to Windows 10 Mobile if appropriate), deliver them to the phone and then you just sit back and wait.

In theory. I tried this with a Lumia 735 with Windows Phone 8.1 and OtcUpdater correctly connected and delivered Windows 10 Mobile to it - but only build 10586, with no hint of the build 14393 it should be on. To be honest, I'd have been surprised if this had worked all the way to the latter in one go - that's expecting too much, surely?

Anyway, the OtcUpdater tool did manage to update the Lumia 735 to W10M with only very minimal interaction needed on the phone, so that's something.

A tool to be aware of, but it's not exactly magical.