I covered the rudimentary integration of Microsoft To-Do with Outlook Calendar here, but there are several other things I've been watching for. One of which is that the to-dos entered on the phone actually sync through your Microsoft account onto other devices - it has seemed broken in past months and standlone to-dos aren't half as useful. But take this short Flow story as a data point - I got updates on both Outlook and To-Do on my Windows 10 Mobile phones in the last 24 hours and finally everything is joined up again.

In the meantime, to-dos sync perfectly (and automatically) now between phone and desktop/Surface/laptop: 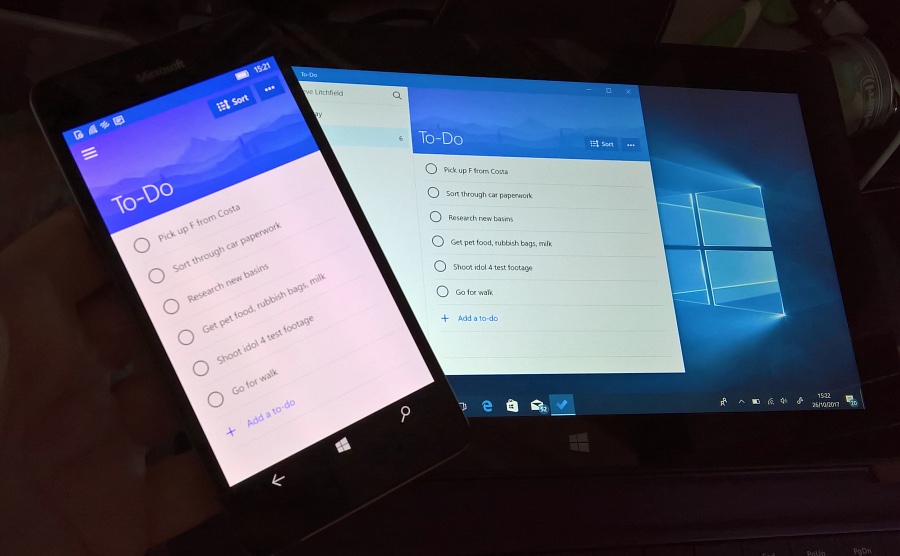 I have no idea why it's taken this long (months) for Microsoft to get this working, given their software expertise. Oh well. As ever, data points welcome, but I for one am now happy and can start using the system properly, in the knowledge that I can enter or check off a to-do from any of my Microsoft account-signed-in devices.

There's still plenty of work to do, of course. A link back from To-Do to Outlook Calendar, proper integration of deadlines back into the latter, support for more than one Microsoft account, a proper hierarchical structure, and so on.