SongbookPro UWP 'replaces all the hassle of carrying and organizing your chord charts with a simple app on your Windows phone, laptop or tablet', apparently. It's not wrong, at least in theory - there's SO much here, from auto transposition of song keys to set lists and OneDrive backups. It's a busker's dream, with only one practical caveat, at least for mobile...

A fantastic tool for guitarists, bassists, vocalists or anybody using chord charts or lyrics, SongbookPro easily allows you to get rid of all that paper.

I mentioned a caveat above, at least for Windows 10 Mobile (use on a Surface Pro or similar gets round most of this!) Somewhat obviously, you're reading your lyrics from a phone screen. It's small, it's presumably propped up in front of you (your hands are on your guitar). Now, I've played in many a pub, in many a church, on many a street (yes, really), and in none of these is it really that practical to have lyrics and chords mounted on a phone. Yes, SongbookPro auto-disables the screen power time-out, so at least you don't have to keep fumbling to turn the display back on, but you've still got to have the phone mounted on a stand, you've still got to have good enough eyesight to read the words on it at (say) a metre, and you've still got to implicitly trust that the phone content scrolling speed won't drift out by more than a few lines over the course of a three minute song...

Anyway, assuming that your eyesight is up to the task and that you've thought about how to mount the phone (or you're actually using a larger Windows 10 device), here's a quick walkthrough of SongbookPro on my Lumia 950 XL: 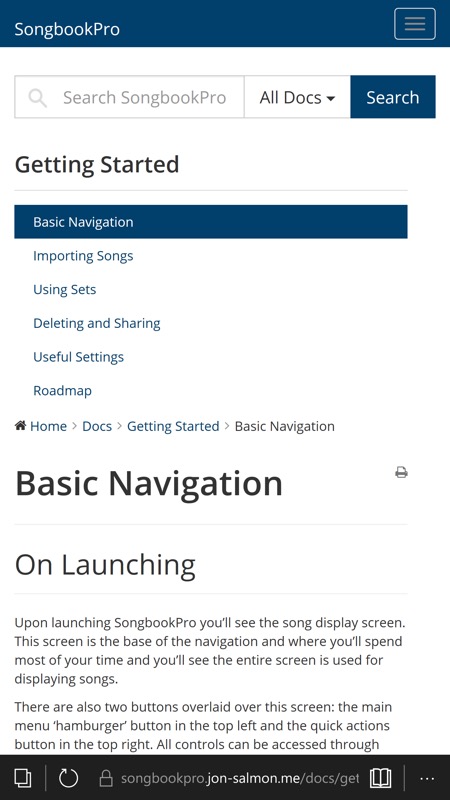 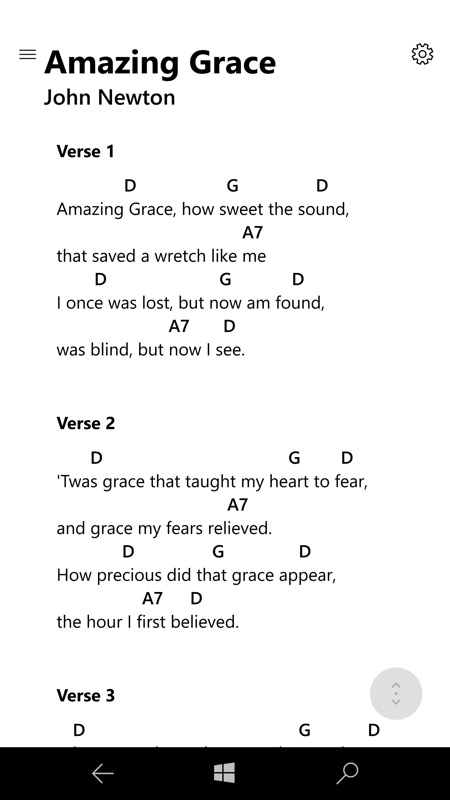 On first launch, there's a short cut prompt for the extensive help screens online - a nice touch! (right) the default example song - top right are the main controls (shown expanded below, left), bottom right is the toggle for scrolling. 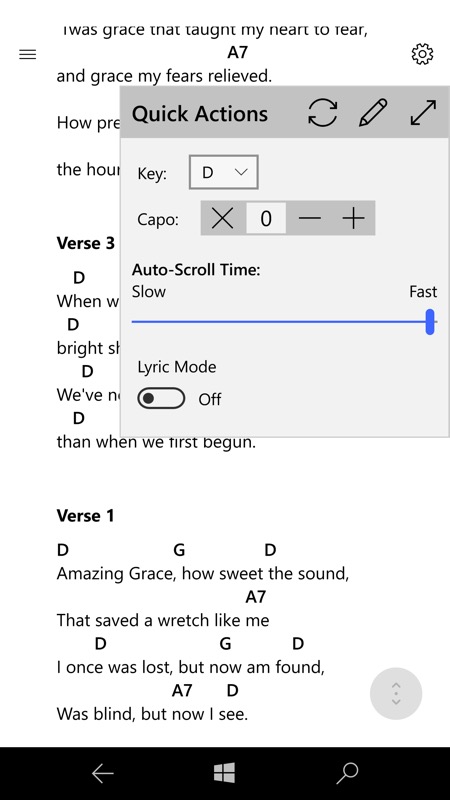 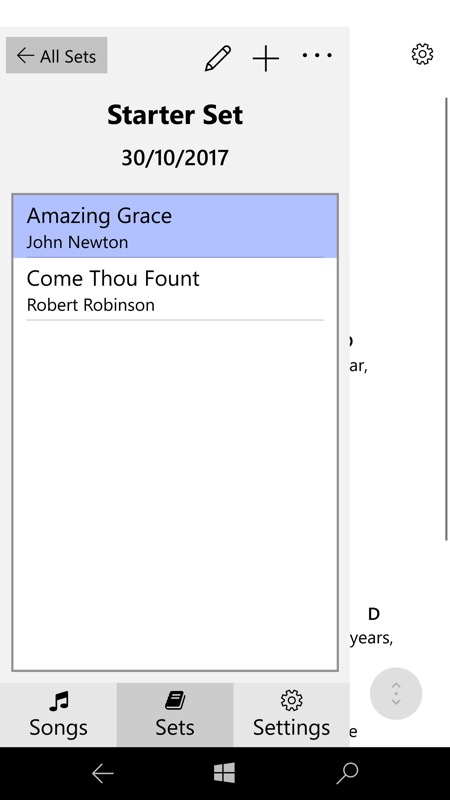 Each song scrolls at a pace of your choosing - lyric mode hides the guitar chords, giving more room for words (so assuming you know the music and just want help with lyrics!) Note all the key and transposition options; (right) songs can be imported (from UltimateGuitar and WorshipTogether) or entered manually, and then added into sets, so that you can then just step through the songs one by one, on the night. 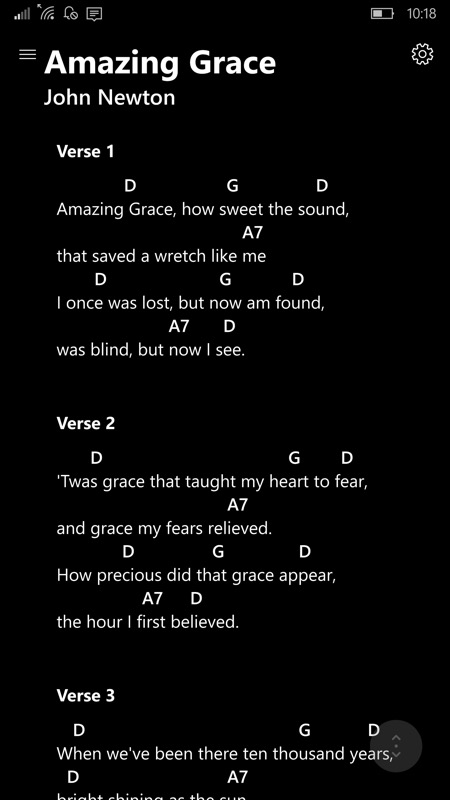 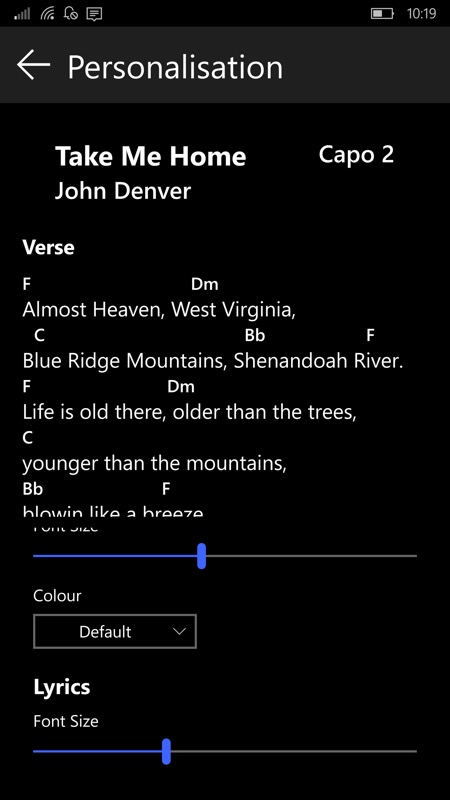 Like all good UWP apps, this also runs in a dark mode, helpful for dim environments and also to save battery on your AMOLED-screened phone; (right) everything, repeat everything can be customised in size and colour, from titles to metadata to lyrics. Amazing.