The number of UWP podcatchers for Windows 10 continues to grow - introducing Podcasted UWP (also called 'PodPro' in some places, confusingly), spotted in the Store recently. It's minimalist in terms of user interface (just tap and play) but is functional in many ways that are not obvious, with skip controls, speed variation, a sleep timer, and more...

Podcasted is set to be the most immersive podcast app on Windows Universal platforms. You can build or import your own podcast library. Sync across devices. And of course pick up your listening progress. The user interface of Podcasted aims at modern and minimalistic. Differentiate itself from old Windows app pattern. Making you experience it instead of using it. 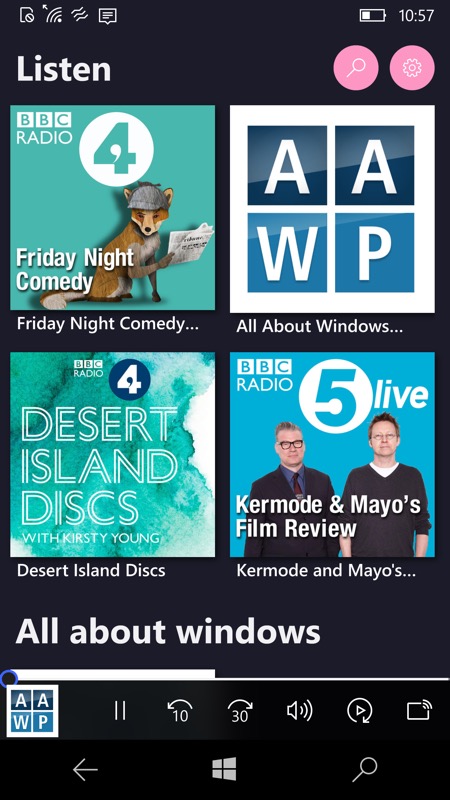 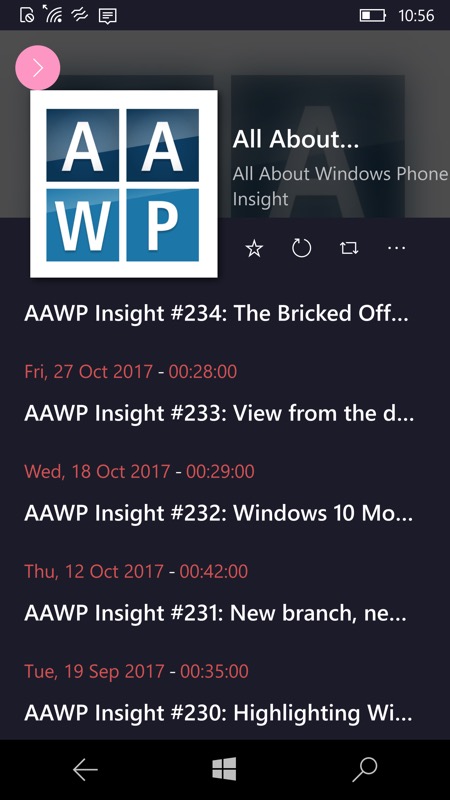 Favourite podcasts (those you've starred) appear at the top of the main Listen list, followed by popular suggestions and recommendations. In each case, tap through to see episodes and then they auto-download when tapped on, as needed. There's no indication of any kind of background checking and downloading, but in this always-on day and age, this isn't necessarily a showstopper anymore? 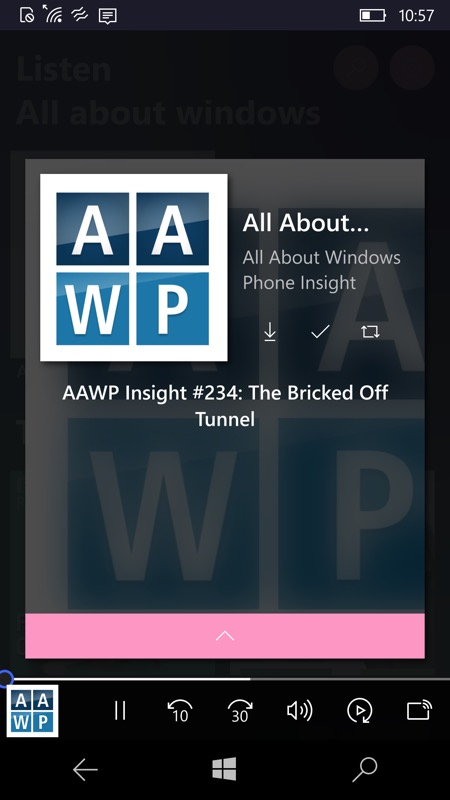 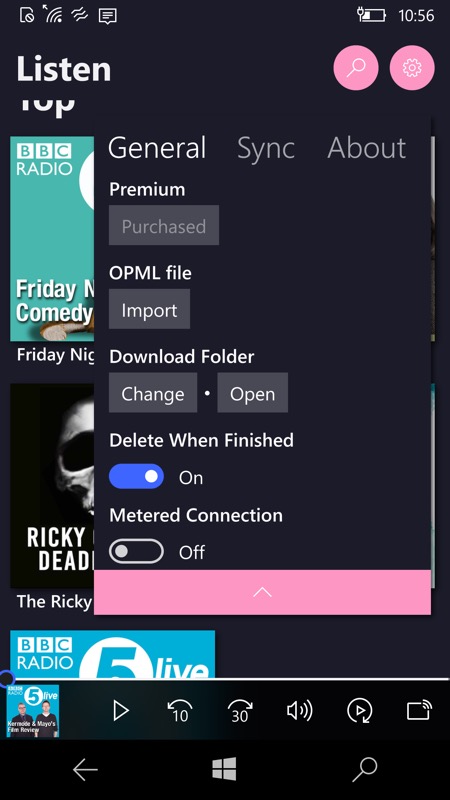 The playback controls are tiny and stay at the bottom of the screen, while space is somewhat wasted above - definitely a few UI tweaks needed still. Early days? Note the skip, volume and speed controls down the bottom too.... (right) the Settings pane has several tabs, offering OneDrive import and export of your favourites, cleaning up when listened (though I suspect you'd have to go right to the end to qualify?), and so on...

You can grab Podcasted UWP here in the Store, the IAP is to remove the banner ads and some limitations and is £2. Worth keeping your eye on and, yes, I'm overdue revisiting my UWP podcatcher round up feature here on AAWP!