It's unclear whether this is a 'feature' of Google+ on the web or not, but whatever Google has changed this week, it has broken access using the Edge rendering engine 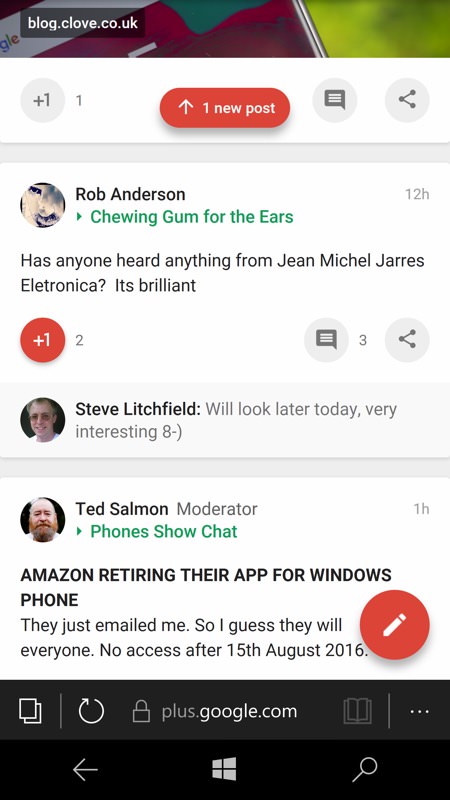 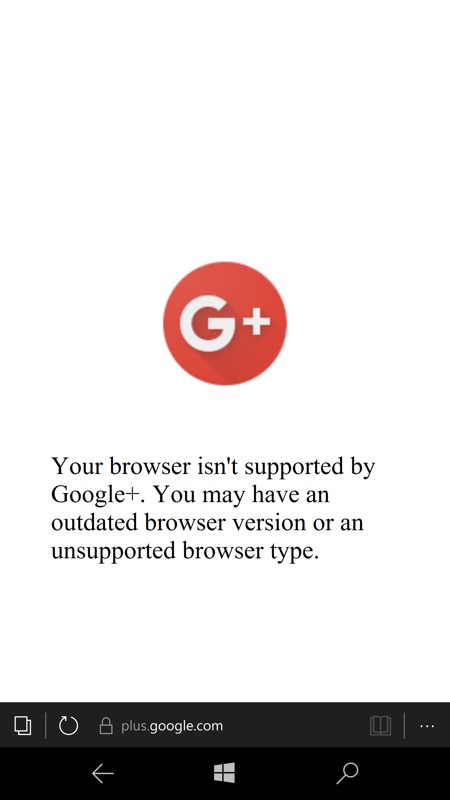 Any tech experts know what exactly is causing this? I doubt it's something malicious at Google's end, probably more that they changed something in the HTML5 code and no one checked it on a Windows 10 Mobile handset.

Still, it's all a bit unfortunate, even though the Venn diagram intersection of Google+ users and Windows 10 Mobile users is vanishingly small (possibly just me!)

I thought it was worth noting anyway, in case any web experts can shed some light on this. I can update the story if a workaround is found. Or if Google's web code magically starts working again!

PS. I tried Internet Explorer under Windows Phone 8.1 and got the same error.