How to: suggest a change to Windows 10 Maps

What happens when you head confidently into Windows 10 Maps, as I did this afternoon, searching for a particular destination, and it's not there?! In my case, I wanted IKEA in Calcot, near Reading, but it didn't come up. The answer, of course, is that the store is new, only being built last year, though I was still surprised that no one had thought to add it. So I did it myself - and hopefully Microsoft's approval process won't take more than a couple of weeks*.

* There has to be an approval process, of course, with miscreants doing unmentionable things to Google Maps in the past! 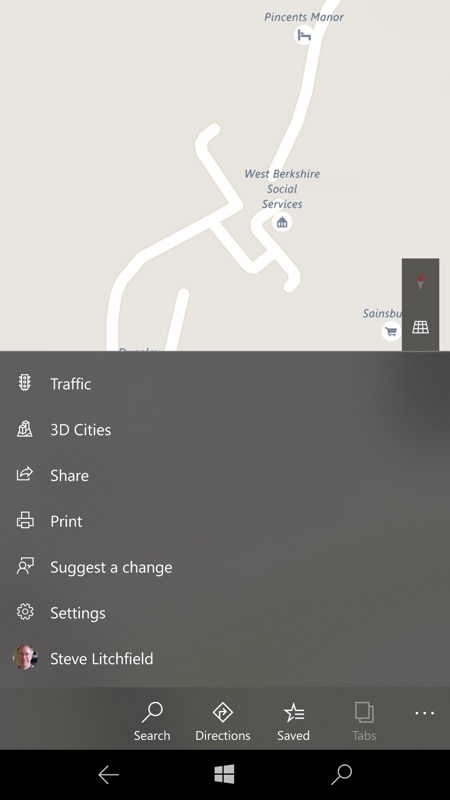 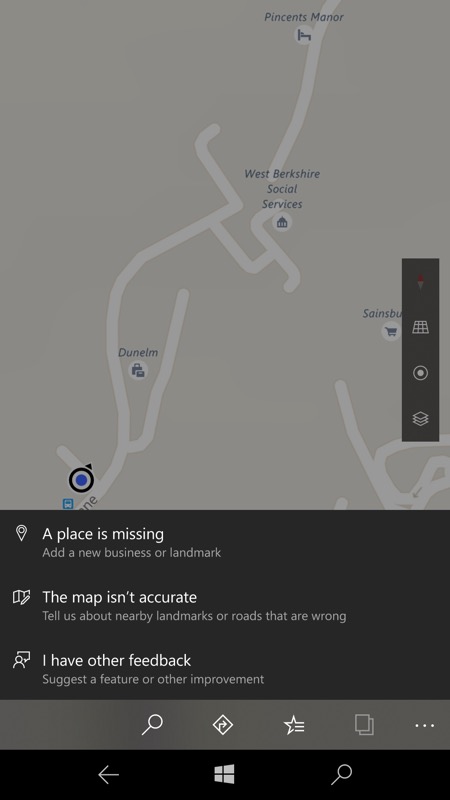 So you've a place, a point of interest - often a major store or landmark or similar - that's missing in Windows Maps. Head into the '...' menu and tap on 'Suggest a change', followed by 'A place is missing'. 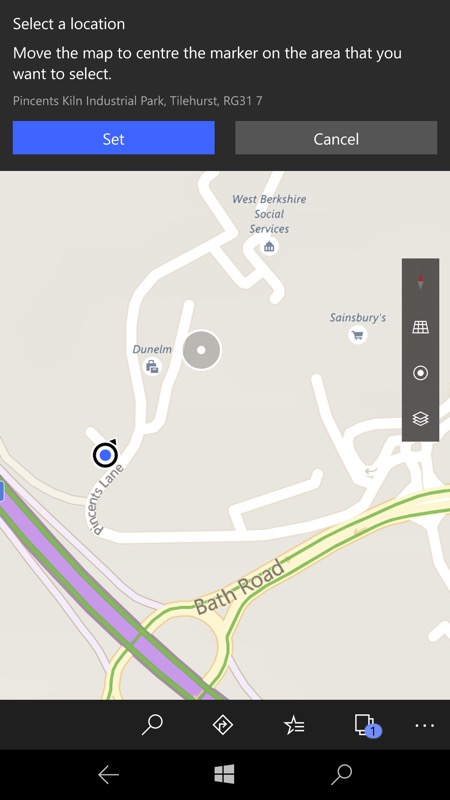 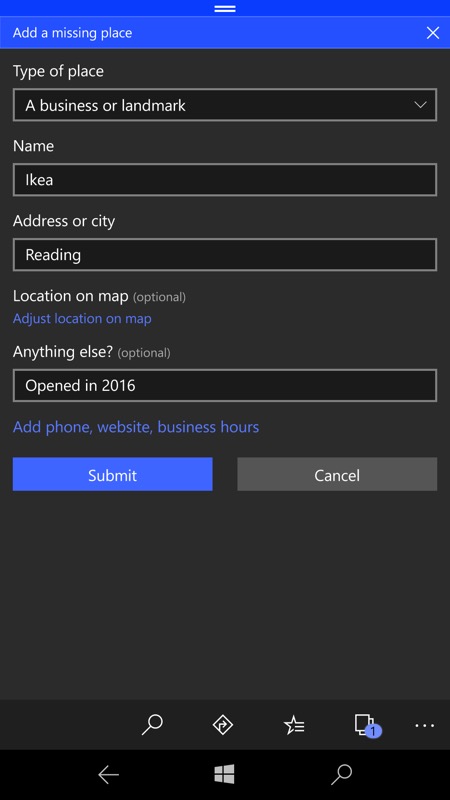 The form that gets presented is fairly obvious, but you do get the chance to set the right location for the new place exactly, on the map itself; (right) finish the form and 'Submit' and, with a bit of luck, your addition will make it into the Maps databases within a few weeks.

Comments welcome if you've ever done this and seen your addition or correction added - how long did it take? For comparison, I did this sort of thing on Google Maps recently and it took about a month.

Filed: Home > Flow > How to: suggest a change to Windows 10 Maps