Back in July, I reviewed Flights Radar UWP, aiming to show all the aircraft in the sky around you, concluding that it was a bit slow and flaky. Today sees a new version though, with lots of improvements. In the absence of an official FlightRadar24 application for Windows 10, this is very much along the same lines. True, it still pushes the RAM on a Windows phone to the limits and, as such, isn't 100% stable, but the application is certainly coming along nicely.

Here's the changelog for today's Flights Radar UWP update, over and above the version featured in July: 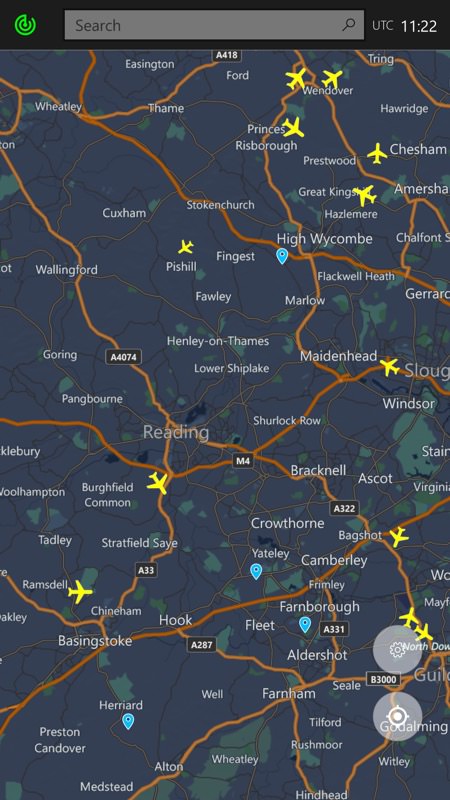 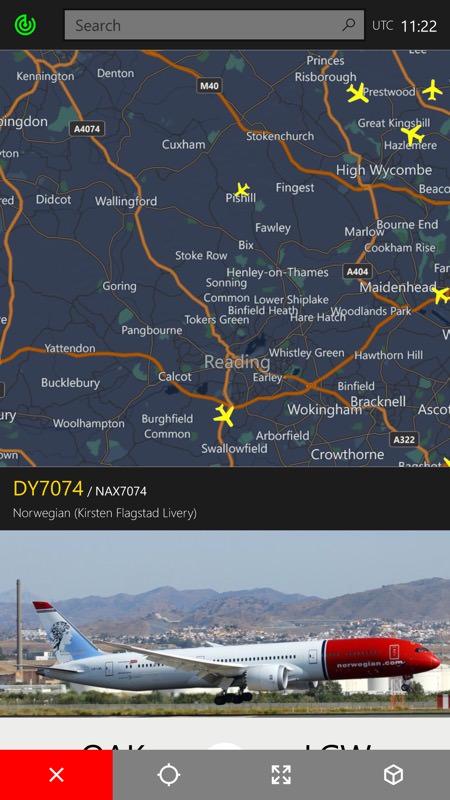 Flights Rader UWP starts full-screen, which is a nice and modern touch - tap on a plane to open a new pane with details. This pane can then be swiped up to show more, as shown below. 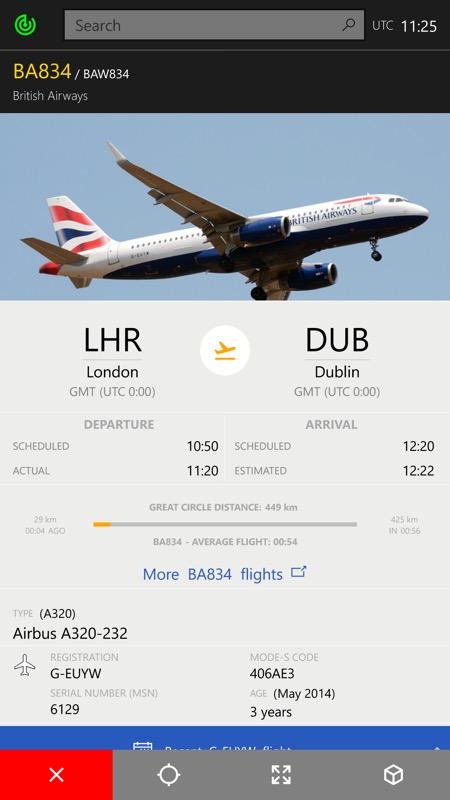 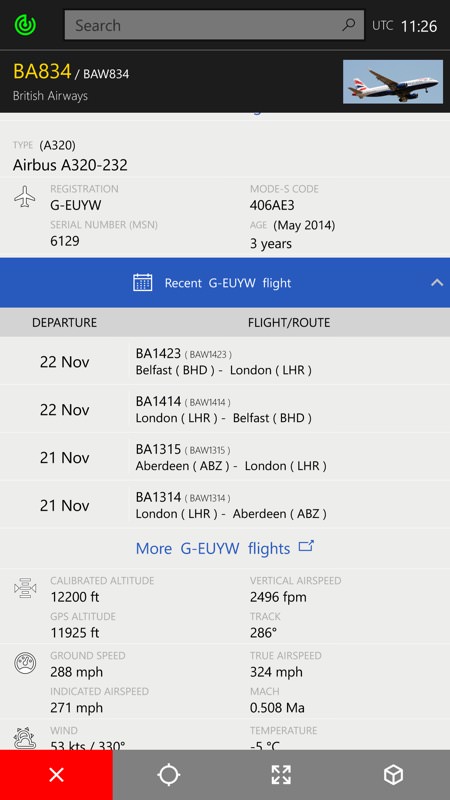 Note the mass of extra detail, including plane age and its recent flight history... 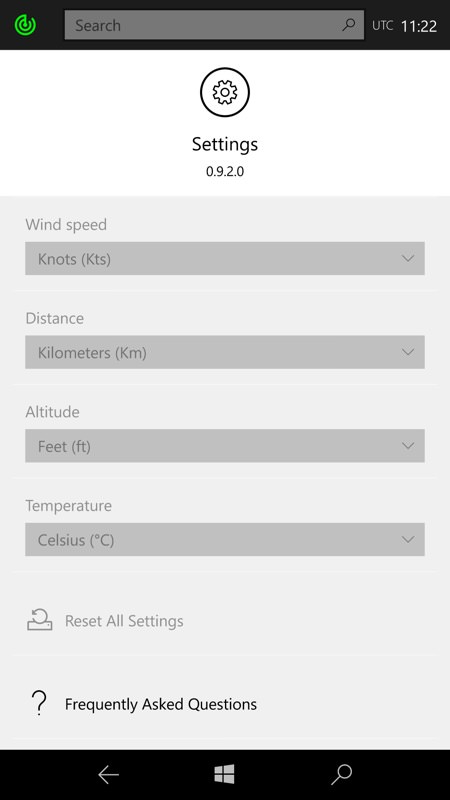 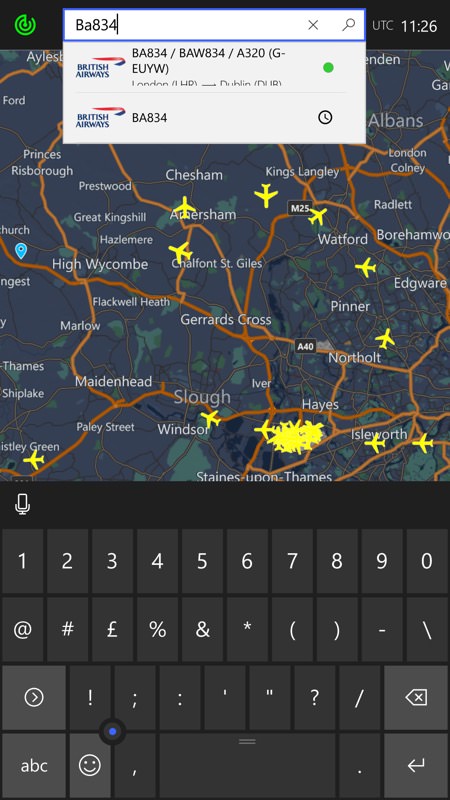 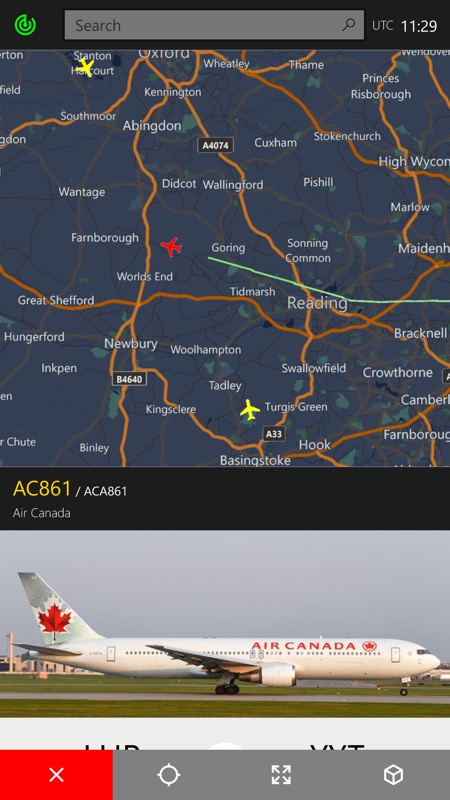 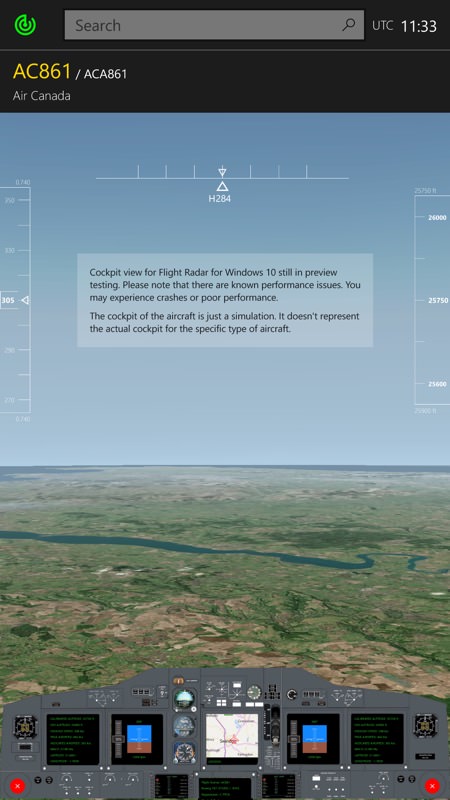 The most visually striking addition is the 'cockpit view'. Just tap a plane as usual and then use the bottom right control to bring up this simulated view from the plane in real time (i.e. at the right altitude and position). You exit this view by tapping on the top left icon - which acts as a 'back' control throughout.

You can download Flights Radar UWP here in the Store. I suggest you pay the small in-app-purchase to get rid of the ads and to support the developer.

You can best chat to the developer on Facebook here. There's still a lot to do in terms of stability on the phone, so do get involved.