Another of the games I discovered recently when looking at flying games in the Store, this is surprisingly sophisticated - with high resolution graphics and true multi-player action, the only fly in the ointment is the usual freemium greed rearing its ugly head. But still, the screenshots below show how good this can be.

An online 3D space shooter. Space has never been so close!

I gave Space Jet: War Galaxy Machines my best go and had a blast, though ultimately the other online players got the better of me. These are other humans with more in-game freemium-bought weapons and (ahem) with more skill and faster reactions (boo!)... 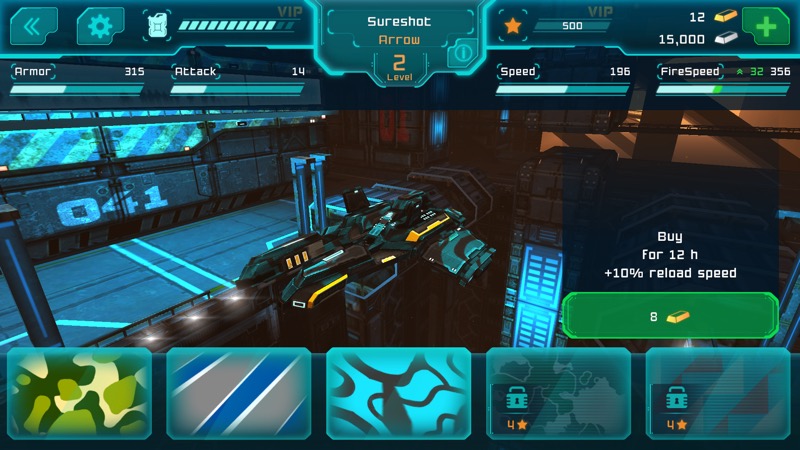 Customising my ship with different paint jobs - as you'd expect (as with weapons too), many are locked until bought with in-game currency. 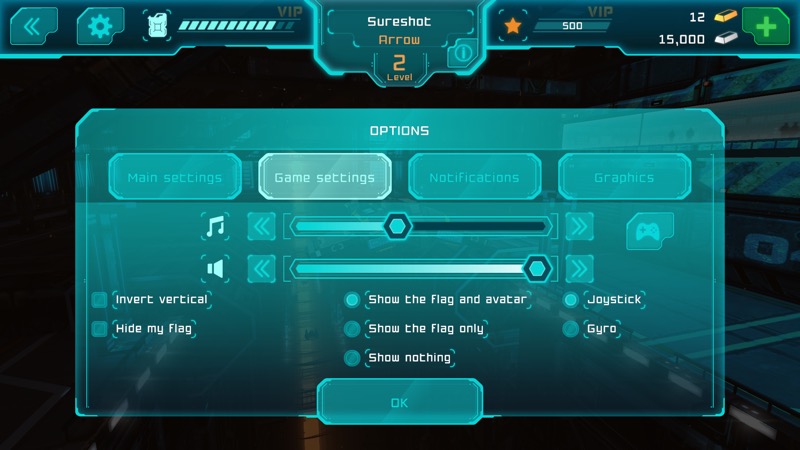 Plenty of options, but note especially 'invert vertical', as mentioned below. 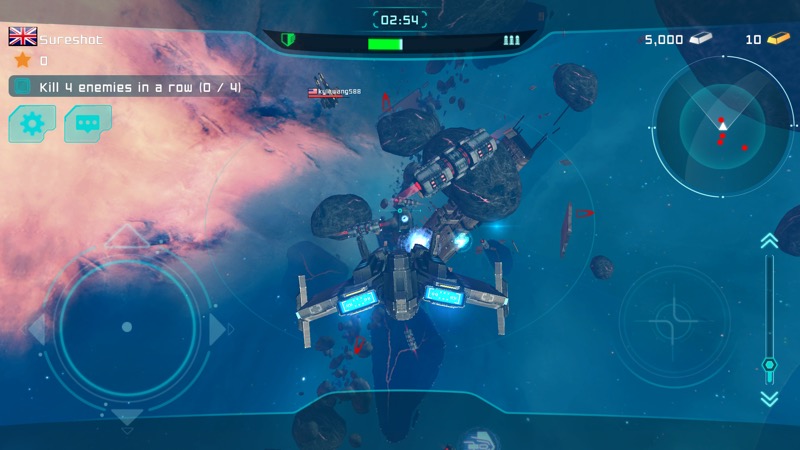 ...and then it's into the action, with a flight sim-like environment, realistic(ish) physics, a big 'fire' button (on the right), throttle control, radar for your opponents ships, and so on. All very slick. 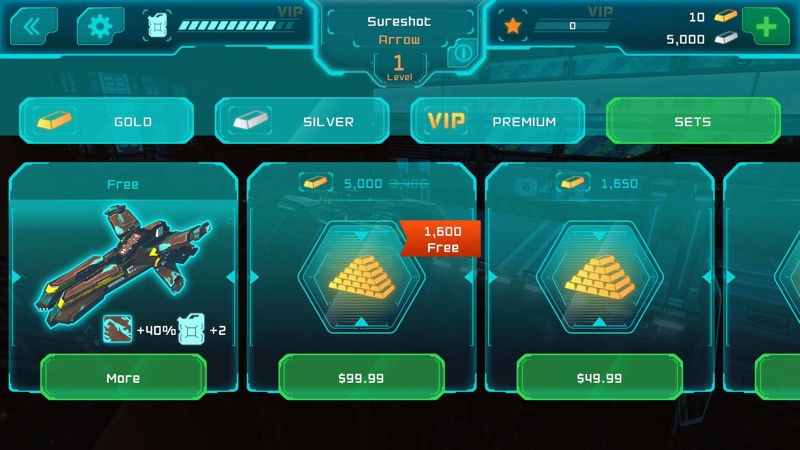 But, as is often the case, the in-app purchases are just silly. Or maybe I've been wrong all this time and games with crazy IAPs actually make more money at the end of the day? But just WHO spends $100 in one go in a phone game? 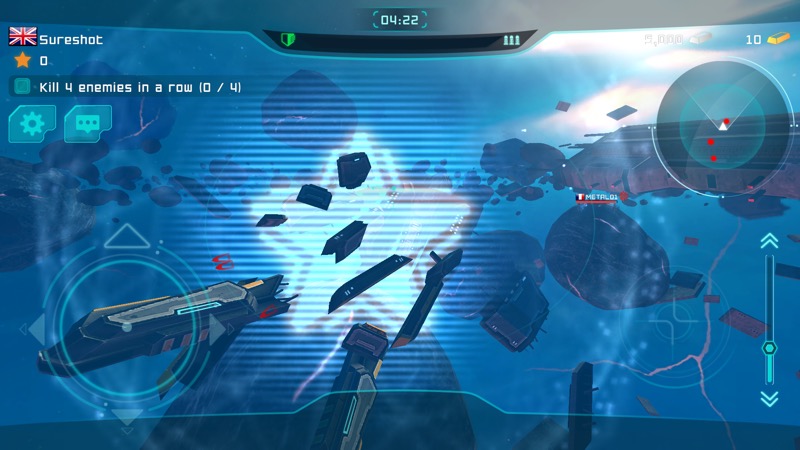 And then an opponent lines you up in his sights and all of a sudden the hunter has become the hunted - and you're blown to smithereens!

Although the game is classed as 'flying' and the controls are set up that way - so lift the nose of the craft and the spacefield appears to go down - you can invert this system and then when you raise the phone, your view goes up too - this ruins the flying 'feeling' but does make gunning down opponents a lot more intuitive.