What do you get when you cross a popular toy brand that loves promoting itself with a high quality pseudo-3D platform arcade game? You get a heck of a lot of Christmas fun and, in this case, all promotional annoyance goes away because this UWP game for all Windows 10 devices is completely and utterly free.

From the Store description for LEGO Ninjago: Skybound:

The evil Djinn Nadakhan is stealing parts of Ninjago Island to rebuild his realm of Djinjago in the sky. Playing as Jay you must battle him and his gang of SKY PIRATES to rescue Zane, Nya, Lloyd, Cole and Kai to take back the stolen lands and rebuild Ninjago.

Outnumbered and behind enemy lines you must decide your Ninja style. Stealth or fight – the decision is yours!

It's bright, it's brash, it's noisy, and it's a lot of fun, with a unique 'ninja trajectory' moving mechanic: 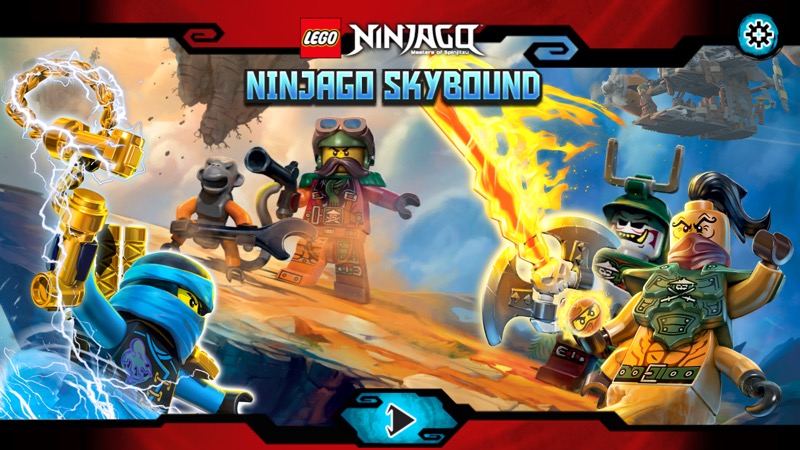 Don't be too put off by the graphics aimed at 10 year olds - they're the target market for the toys - but the game is very playable by all ages! 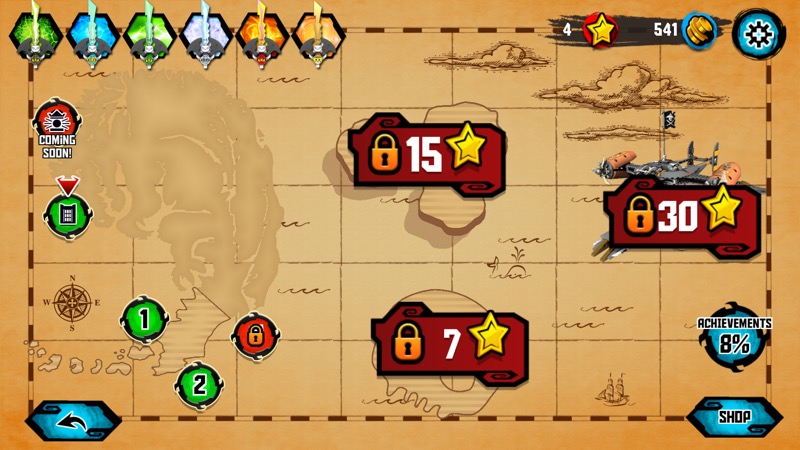 Level by level, you collect stars, kill the bad guys, find the exit, and generally try to stay alive. And, unusually, stars can only be earned, you can't buy them with real world money. I like it! 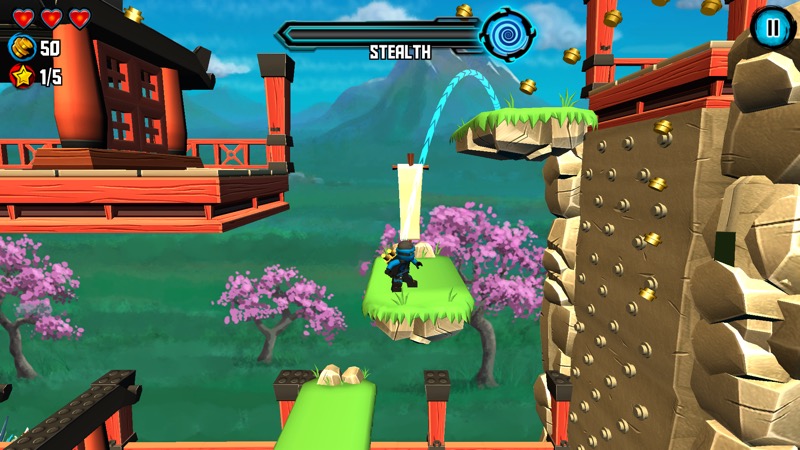 The ninja jumping mechanic involves pulling back (think Angry Birds) and adjusting aim and power, and then your ninja executes the jump. In addition you can also tap left or right of the ninja to move sideways - and to fight in hand to hand combat with enemies. It's all more intuitive than you might think. 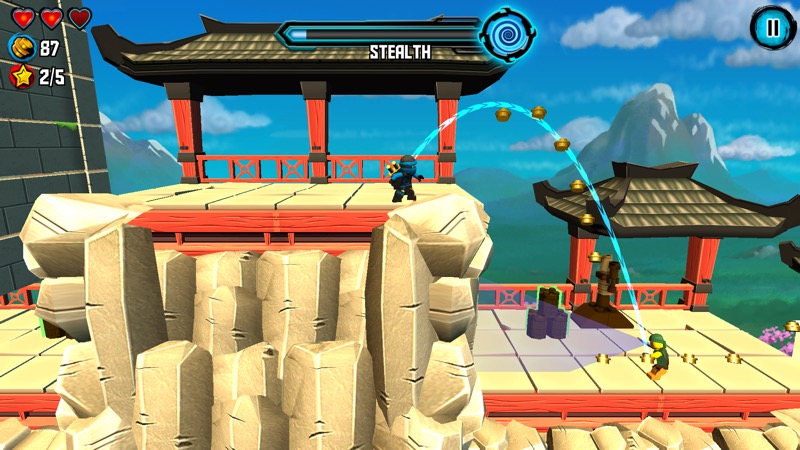 Here I'm executing a jump down on top of a bad guy, for extra points and an instant 'win'. The levels are beautifully designed, with faux-3D viewpoint and parallax. 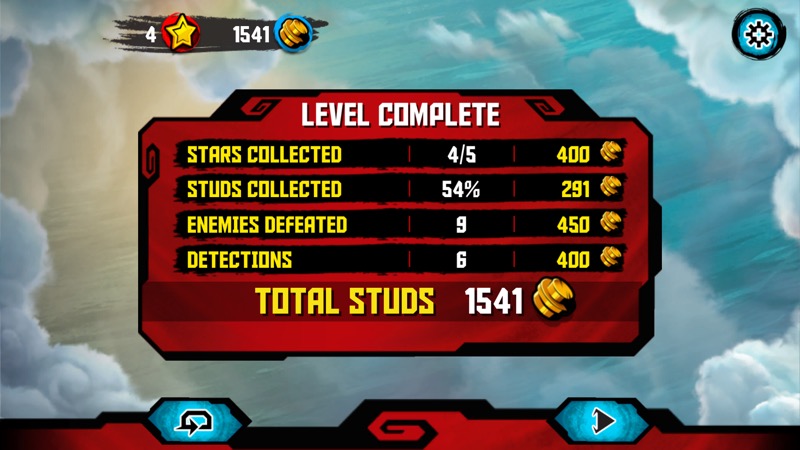 Gameplay is flawless. You can roam around the levels, collect as much as you can, fight whoever you encounter along the way, and - bit by bit - work your way through all levels available, buying power-ups to help with the later stages.

You can grab LEGO® Ninjago: Skybound in the Store here. It appears to be completely free for all Windows 10 devices (phones, tablets, desktops), with no IAPs or hidden fees, so enjoy!