Probably just a novelty, but the results are surprisingly well done, at least for static images, Auto Face Swap UWP does exactly what it claims, letting you put one person's face in another persons face outline, and vice versa. See the screenshots below. Fun or freaky? You decide! There's also a live mode, which works less well, but is something to play around with down the pub, I'm sure. This being a full UWP app, it can also run on Xbox, Hololens and desktop PC - there's even a video tutorial, offered at startup, showing operation on a ltop or Continuum screen.

Here's Auto Face Swap UWP in operation on my Lumia 950: 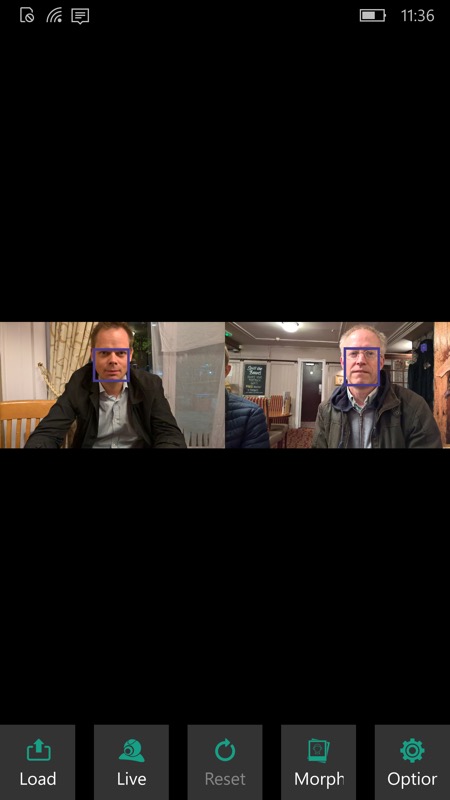 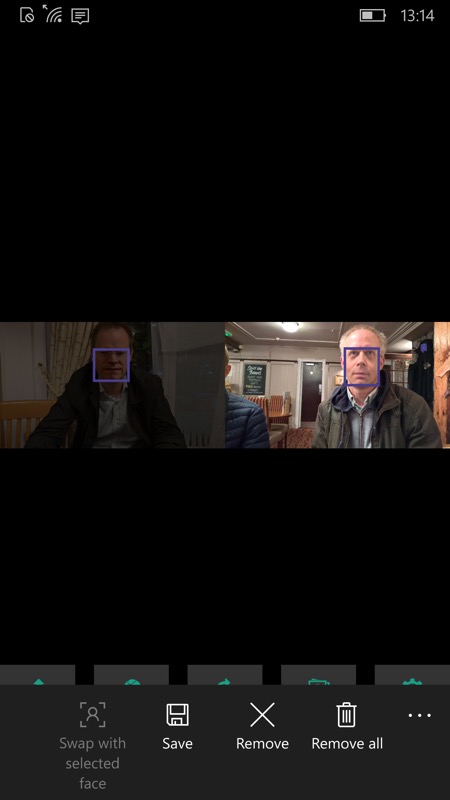 Step 1: load up two images with front-facing faces - you don't need to match scaling and resolution exactly; Step 2: drag one framed face to the other. Bingo, the features are swapped! Tap on either to save it, etc. 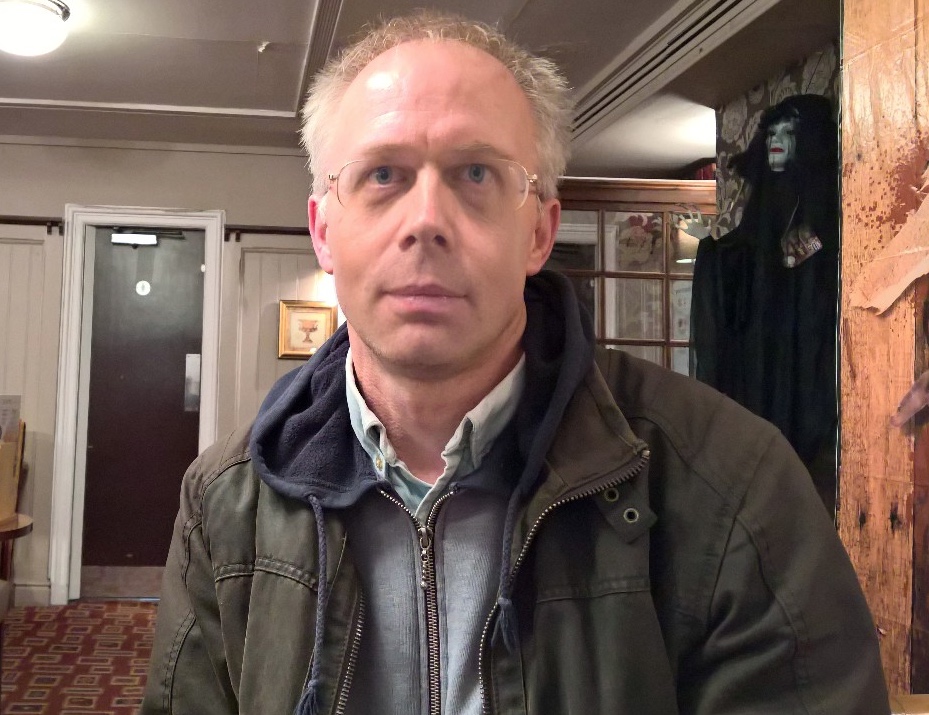 It's me, but not me. Someone else's features entirely! Notice the glasses meld away too. So switching faces where one has glasses and the other not is probably not going to work too well... 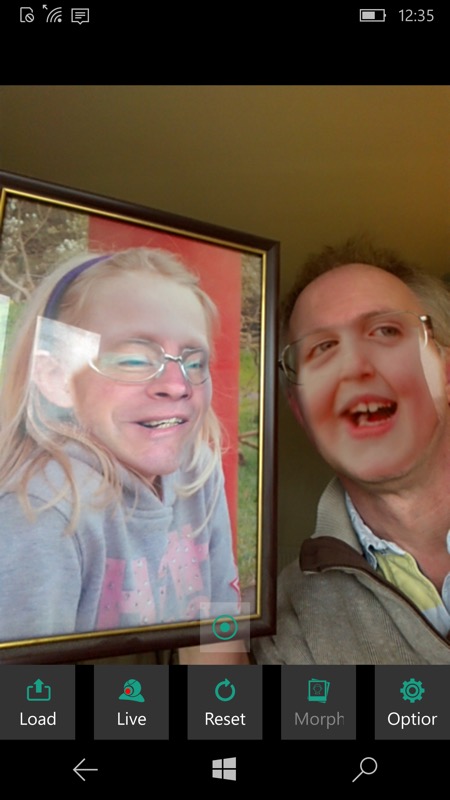 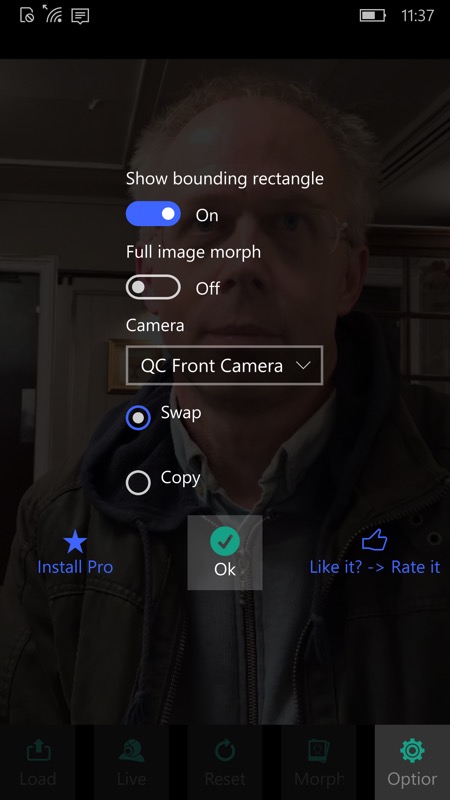 There's also a 'live' mode, which tries to auto-swap on the fly whenever it sees two faces in the viewfinder - this works even with pictures, though swapping faces with my daughter when she was about 8 is a little surreal. This is a lot of fun and you can record video this way, i.e. with you making expressions with someone else's face, though quality isn't as good as when using the static face swap; (right) The app's Settings dialog, useful for removing the bounding frames and for switching the live view to the rear camera, should it be you trying to play tricks on two people in front of you(!)

Output resolution for swapped static images is only 1MP, but I'll give Auto Face Swap UWP a pass here, since it's having to match up fine photo details and there would inevitably be some pixellation and discontinuities at full resolution, even if both source images were of the same size. 1MP is fine for social fun sharing.

You can grab this in the Store here, or there's an ad-less version here for £5 or so. I was using the latter and didn't see any ads, though perhaps these creep in after a certain number of images or after a certain time?