Although marked here as a UWP game, and it is, Light House is an isometric puzzle game that's also available in older Windows Phone 8.1 form, so this should apply to everyone. Level by level, you swipe and drag and prod until you've found the solution - it's an intelligent and well done time filler.

Isometric puzzle, based on light physics, for the most persistent and clever gamers!

There is forgotten fireless lighthouse is the sea. Using mirrors, portals and other tools, deliver energy and set light to the lighthouse again!

Which doesn't tell the half of it - every level, pack after pack, ups the ante, adding complications, real time elements, as you attempt to transport and convert light energy from various reservoirs to a failing light house. 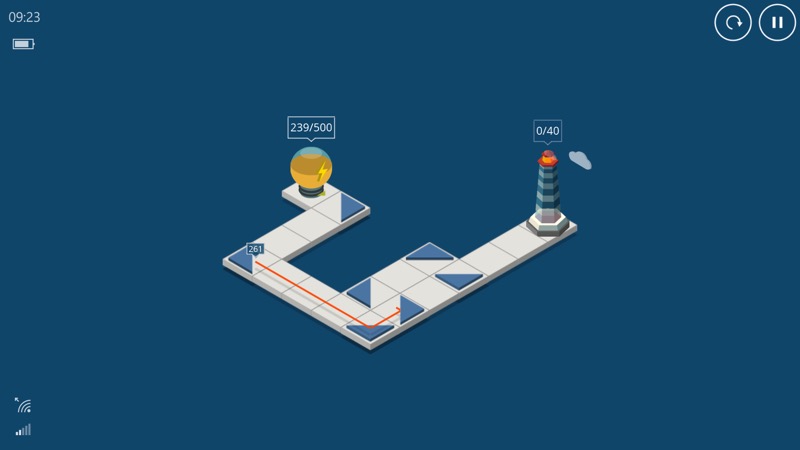 One of the early levels, involving just dragging mirrors around and rotating them to provide a light path. Tapping and holding on the energy reservoir drains it in a few seconds and you see the light 'packets' (quantum theory, eh?!) then travelling along the natural path, the aim of each level being to completely 'fill' the light house. 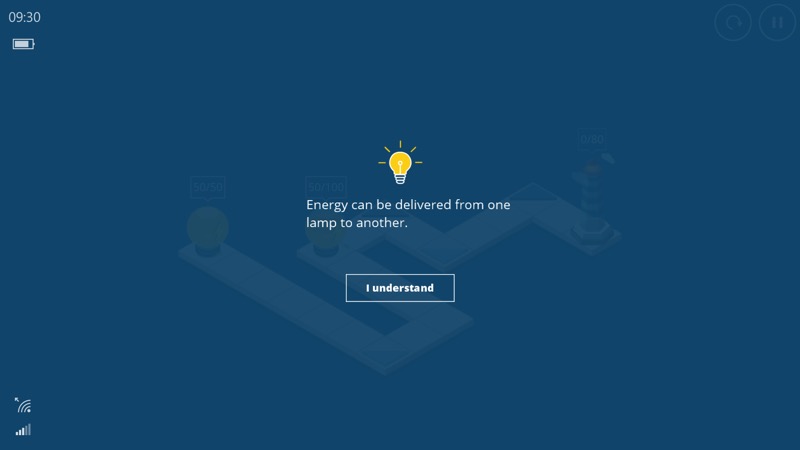 Each new gameplay element is introduced before the relevant level. So mirrors, how to manipulate them, real time dragging and dropping, radio transmitters, and so on.... 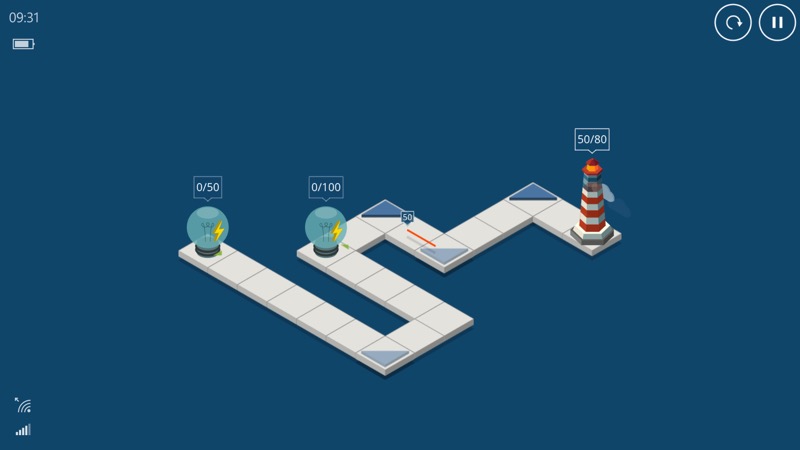 Another level in the first pack shows transferring energy from the middle reservoir and then switching back to the left one and using it to fill the middle one again, after which the light house can be 'filled up'... 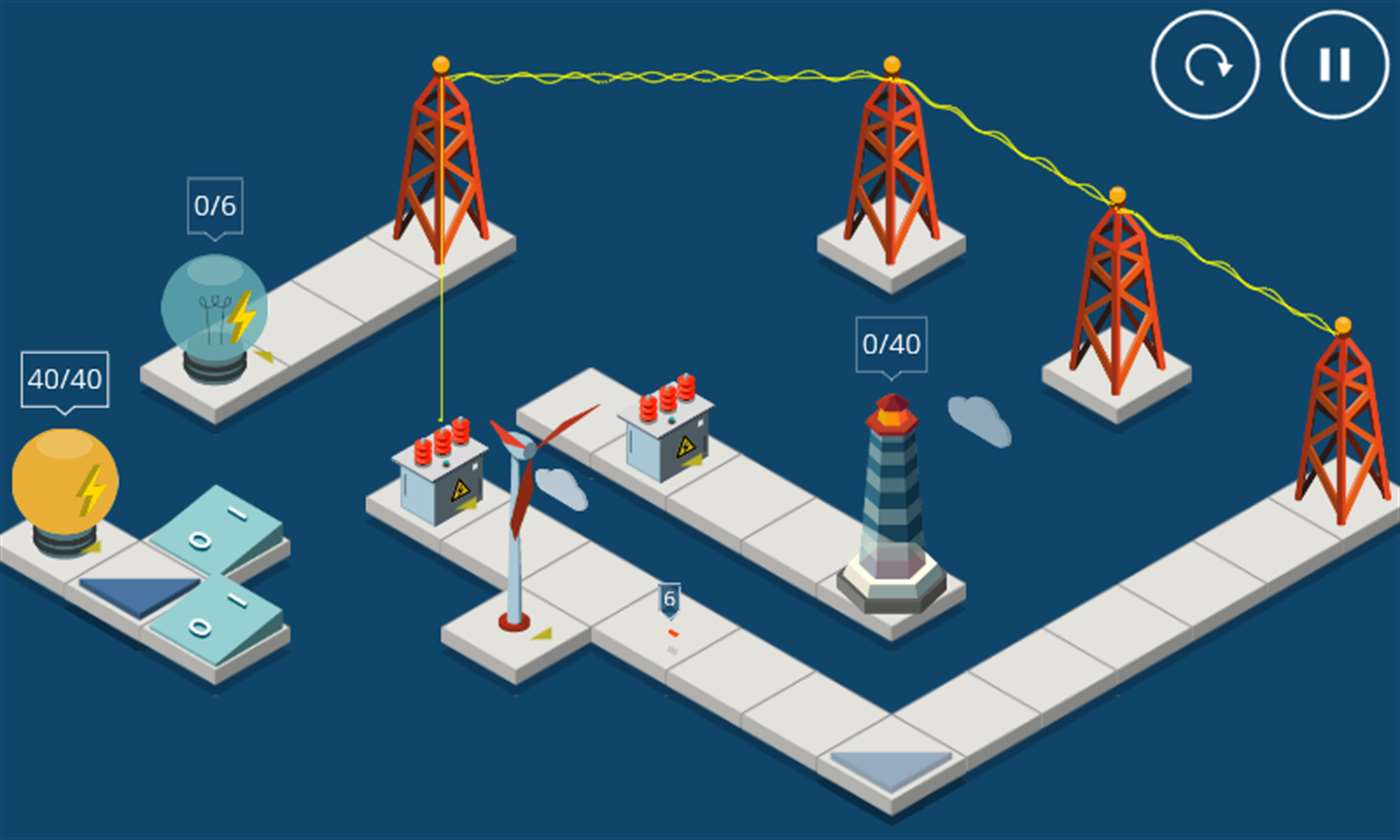 From a later level pack, the puzzles have got more complicated, plus there are more real time elements. So, as the light (and radio) packets of energy move around, you need to plan ahead and react accordingly, juggling resources to make sure that not too much energy gets lost.

Although you have to be quick on some levels, there's no actual time limit for studying or planning, plus you can retry a level as many times as you like. Which is just as well, they're not trivial!

There's a slight catch in terms of implementation, at least on my Windows 10 Mobile devices, in that you have to progress in strict linear fashion since the 'back' control in the UI to get to a 'home' pane is positioned such that it can't be tapped*. Gah! One for the developer to fix, I think. And while he's at it, you have to minimise the virtual Windows 10 Mobile navigation controls in order to easily go to the next level too - yes, you'd do this anyway for a game, but something's clearly not fully optimised for the phone here!

* In view of which, I've no idea about any in-app-purchases or restrictions. Can anyone shed light here in the comments?

You can grab Light House UWP here in the Store. And, if you get stuck (like I did) then there are plenty of walk-throughs and solutions on YouTube.