Quoridor 3D is a strategy game designed to challenge you in new ways. In fact, Quoridor itself started as a board game 20 years ago, but this is a (new to me) implementation for Windows phones... In the vein of Chess or Go, you pit your wits against another human player (or the computer) and the aim is to progress your pawn (actually a mouse) to the other side of the board to capture, err... a piece of cheese. It's well programmed on the whole, the 3D aspect works really well, and it'll tickle your logic circuits afresh. A great new way to challenge the old grey matter...

To win the game you must be the first who reach the line opposite to your base line.

When the game starts the fences are placed in their storage area (10 for each player). Each player places his pawn in the centre of his base line.

How To Play The Game Quoridor: Each player in turn, chooses to move his pawn or to put up one of his fences. When he has run out of fences, the player must move his pawn. Positioning of the fences The fences must be placed between 2 sets of 2 squares. The fences can be used to facilitate the player’s progress or to impede that of the opponent, however, an access to the goal line must always be left open.

END OF GAME The first player who reaches one of the 9 squares opposite his base line is the winner. 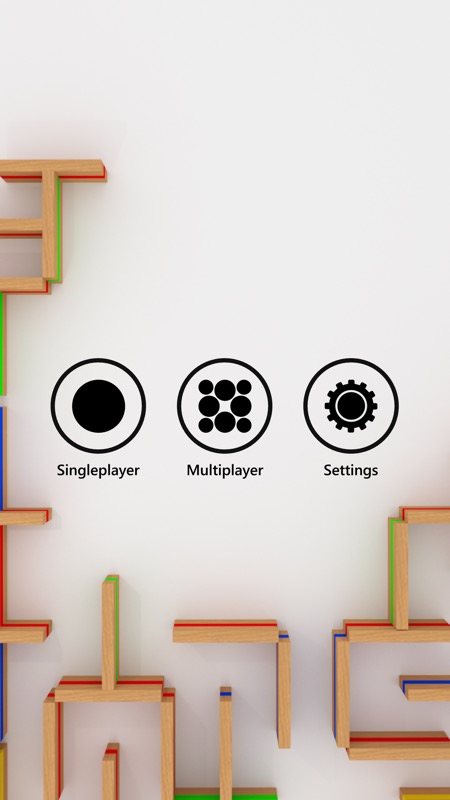 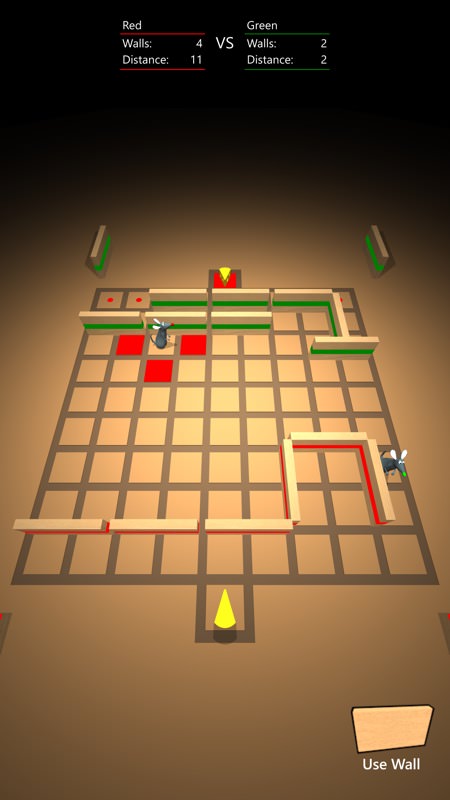 Being a commercial game, this has high production values throughout. The default viewpoint sees you in front of the board in 3D. As per the rules, you place your walls and try to stop the enemy pawn getting through before you. There's always ONE way through, so it comes down to logistics and timing... 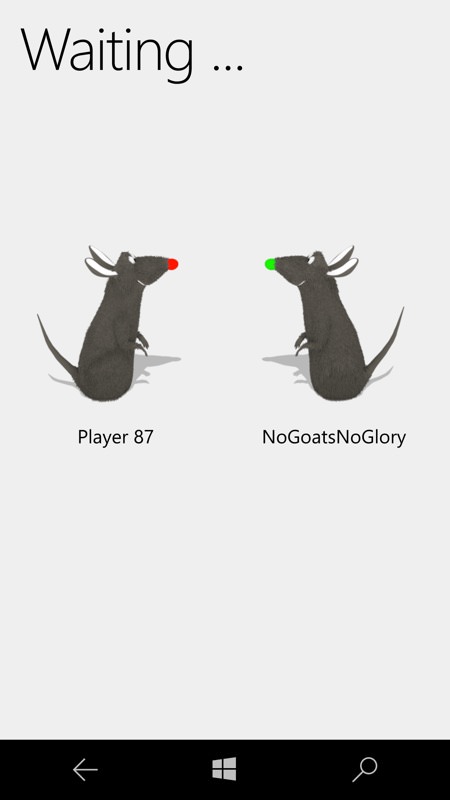 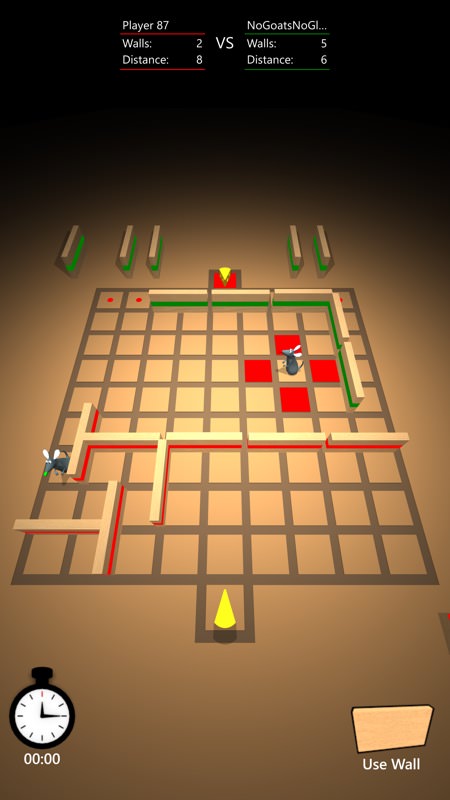 There's built-in online multiplayer, either through direct Facebook (or other social) invitation or, as here, by waiting for a random player and then pitting my wits against him or her. The timer (bottom left) is optional and you can set various limits depending on how much of a hurry you're in and how slow the other player might be! 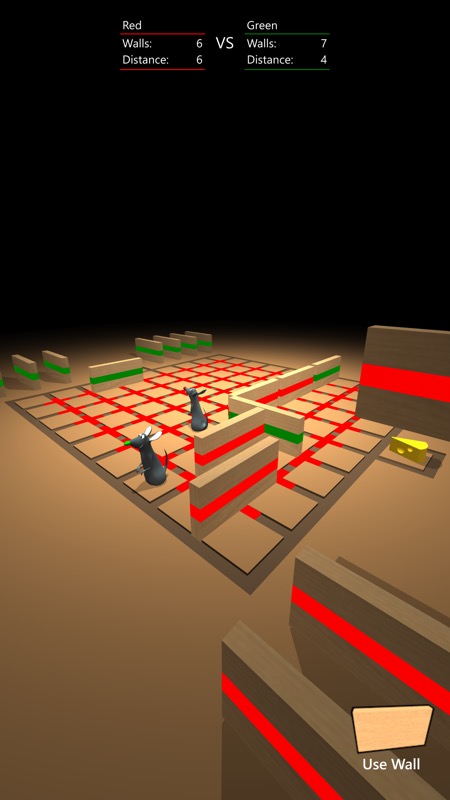 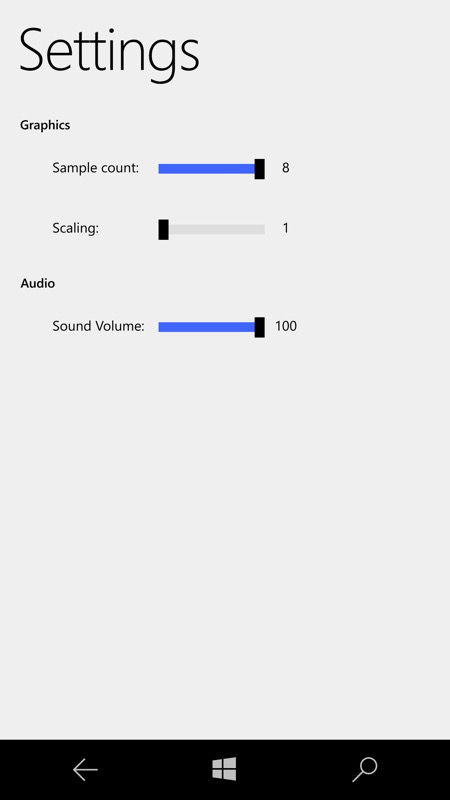 The 3D board can be swiped around and up/down, depending on how you like to see the action. It always reverts to the straight ahead view though, which is fair enough; (right) the Settings pane - maybe I'm being a bit dense here, but the meaning of the top two is obscure. 'Scaling' does reduce the graphics quality, so I'm guessing this is to do with making the game playable on lower resolution phones. Anyone? 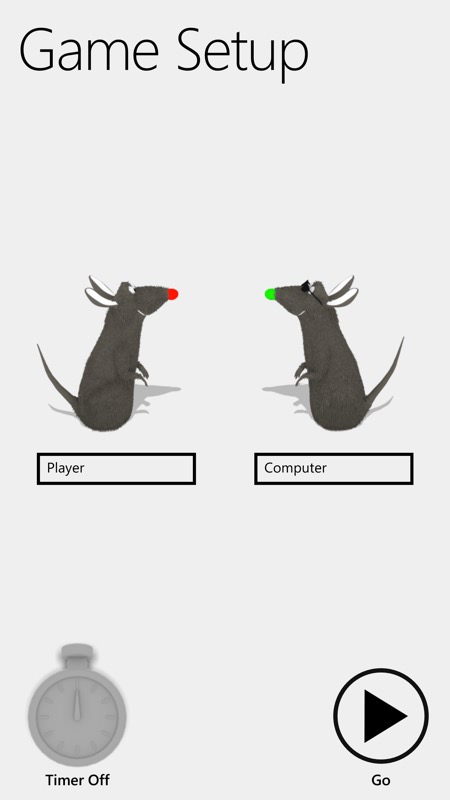 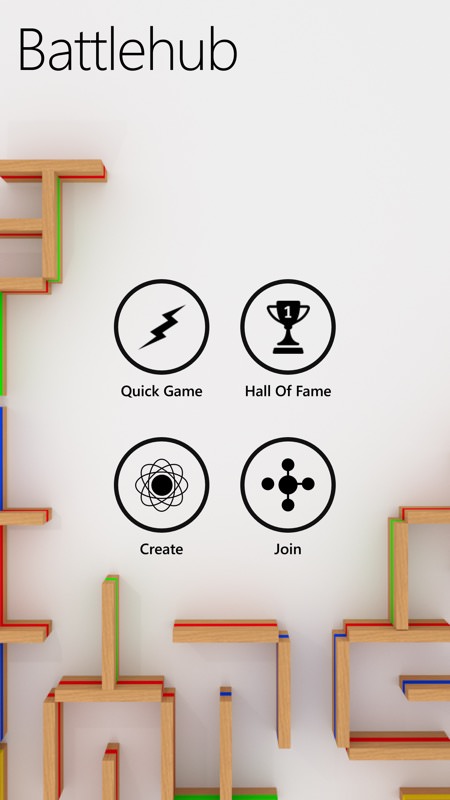 You can play against the computer, as here, and this is the best way to learn the game and UI; (right) then it's off online. Create a game for your friends, join theirs, or get paired with a random opponent.

Like chess, there's clearly a HUGE amount of depth here for anyone who wants to play really well. See guides and tutorials online for strategies! Quoridor 3D supports up to four players at once, with (coloured) walls then coming in from all four sides, but I'd advise a few months of 1-on-1 gaming before you complicate things still further!

You can buy Quoridor 3D for £1.29 in the UK Store or equivalent.