One of the oldest puzzle genres, this new UWP game is faithful to the idea without putting too much effort into presentation and general bells and whistles. You do get infinite gameplay, mind you, thanks to randomly generated mazes, so there's no douting the potential to help you while away journeys trying to find your way from A to B, as it were...

In this Game, You will find countless Mazes. Labyrinths that has different sizes, styles and shapes. Try to solve them all!

Each level will generate an entirely new Maze, which has never encountered before by anyone. The goal is simple: Starting from the entry of the Maze, You have to find the path to the exit. Every Maze has at least one solution. Can You find the shortest one?

Solved Mazes can be shared, so others can play them. Test Your quickness with Your Friends, who can solve Labyrinths faster?

While being completely hopeless at many puzzle genres, it turns out that I've got a geometrical eye for mazes and enjoyed trying out the various maze complexities here. Having to toggle between modes - moving the maze view around and moving the main placer - was a bit tiresome on the larger mazes, but there's still a game here to be challenged by. 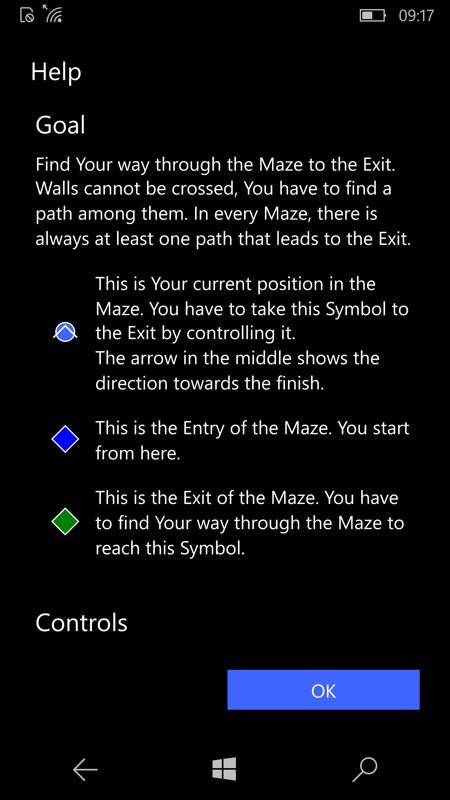 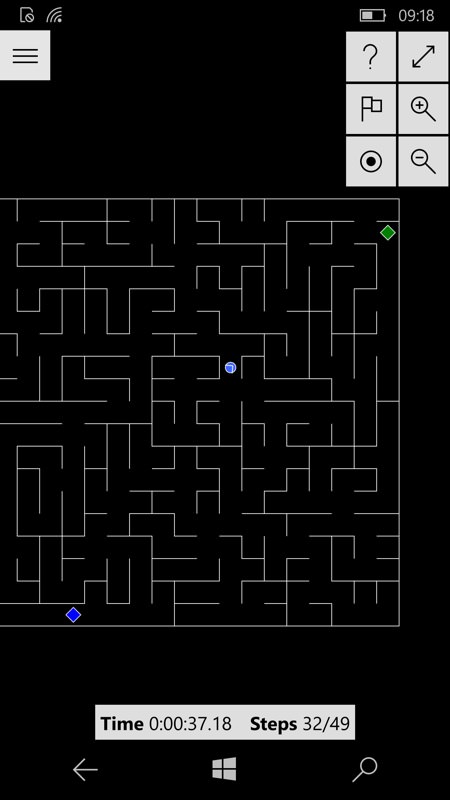 The initial help screen and one of the first mazes I tried (on 'Easy', I think) - a swipe in any direction moves the marker, while the top right controls offer ways to move the maze on screen (needed on the larger mazes), and to zoom in and out, for easier visibility and according to your eyesight. 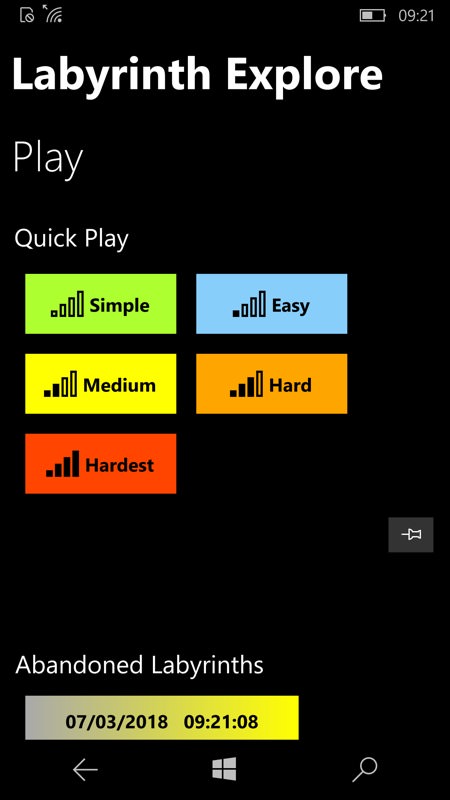 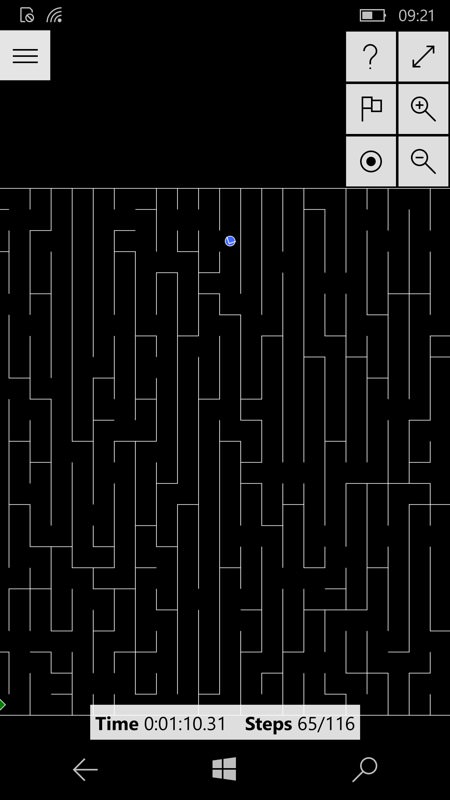 Picking a maze difficulty - the mazes themselves are algorithmically generated each time you play, i.e. you never see the same one twice under 'Quick Play'! (right) trying out a 'Medium' maze, and starting to get distinctly tricky... The stats on time and steps are a bit of a red herring really, since in most cases you're playing to challenge your eyes and grey matter and to while away some time. 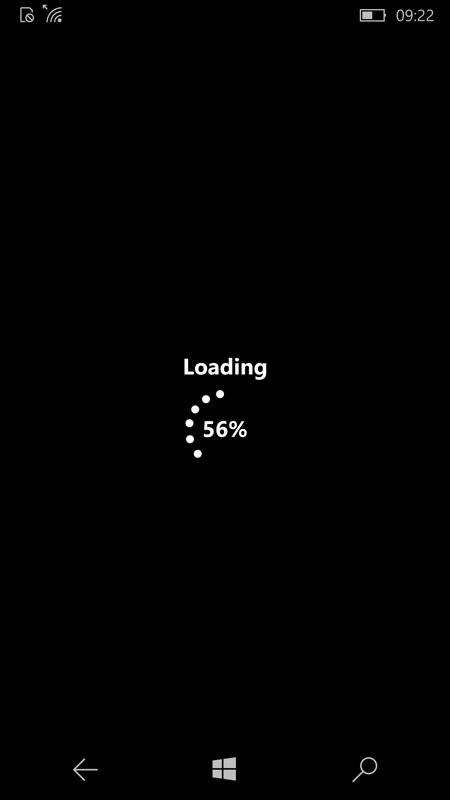 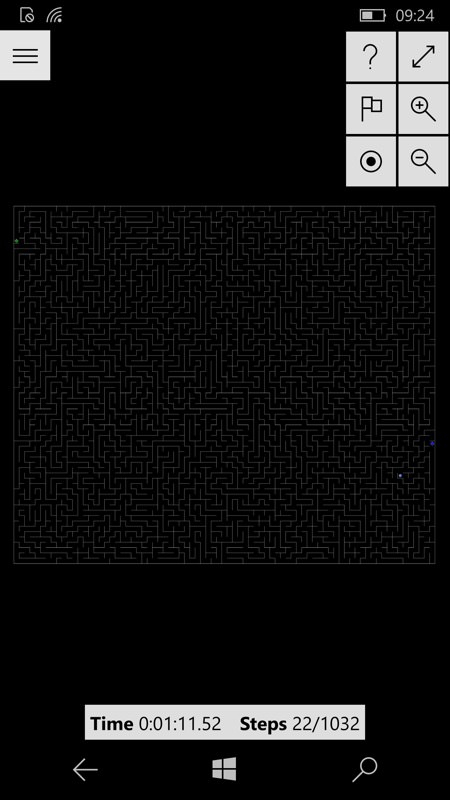 Out of curiosity, I tried the 'Hardest' level - the auto-generation takes a couple of minutes, plus you can't really get an overview of something so large - the screenshot on the right has the whole of a maze on it, but you probably won't see it with your eyes unless you have brightness cranked right up!! Don't believe me? Here's the central part of the screenshot from above, right, expanded to full width and with brightness artificially enhanced: 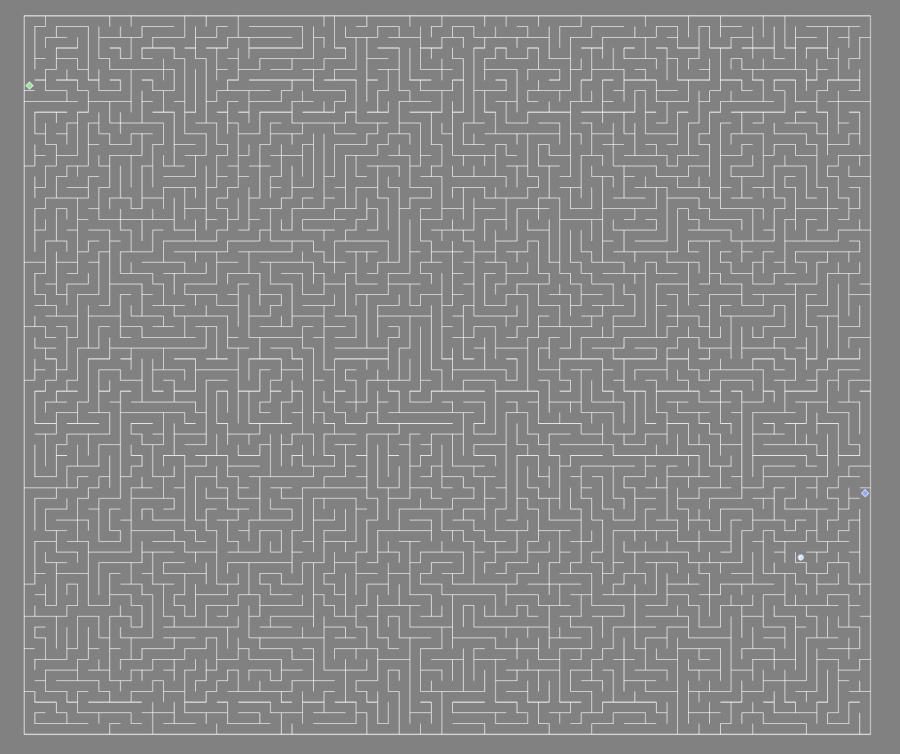 Good luck solving something of this magnitude! In reality you have to work on a zoom level where you can only see about an eighth off the maze at once, so there's increasingly more need for guesswork...

You can grab this for free in the Store here, as a trial, with some limitations - you'll need the full version if you want to be free of ads and to generate custom maze sizes or to play mazes shared by others. It will work on any Windows 10 device, whether phone, tablet or laptop/desktop.

PS. In theory, the 'solve a game faster than others' mechanic is a spur, but in practice how many others will you find who a) have Windows 10 Mobile, and b) like mazes?