I get many requests to review power banks but I only accept those which I think offer something new. In this case, the Blitzwolf BW-P6 has two claims to fame: it can be recharged at up to 18W, meaning that its 10000mAh capacity can be re-filled in around three hours (as opposed to overnight with many power banks); secondly, its materials and designed are optimised for small space and weight - despite the capacity, this weighs only 207g. In other words, light enough and small enough that you can keep it in a pocket without too much awareness or discomfort. 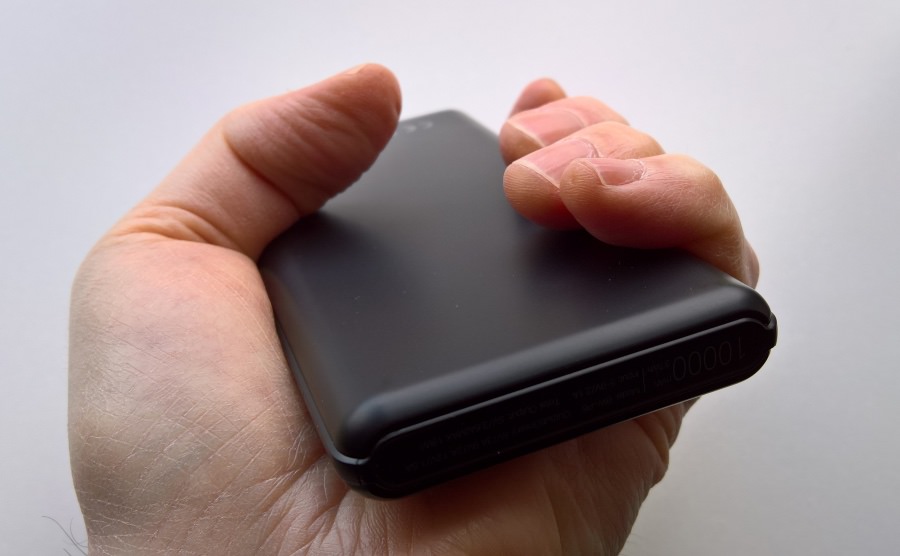 The look and feel is very much of something that's metal, then you pick it up and realise that it's lighter than you expected and that the casing is all tough ABS plastic and warmer to the touch than cold steel or aluminium.

The design is familiar enough in form factor, with button on the side to check power levels and to kick off charging if needed, LEDs on the top, and a row of three jacks on one end: 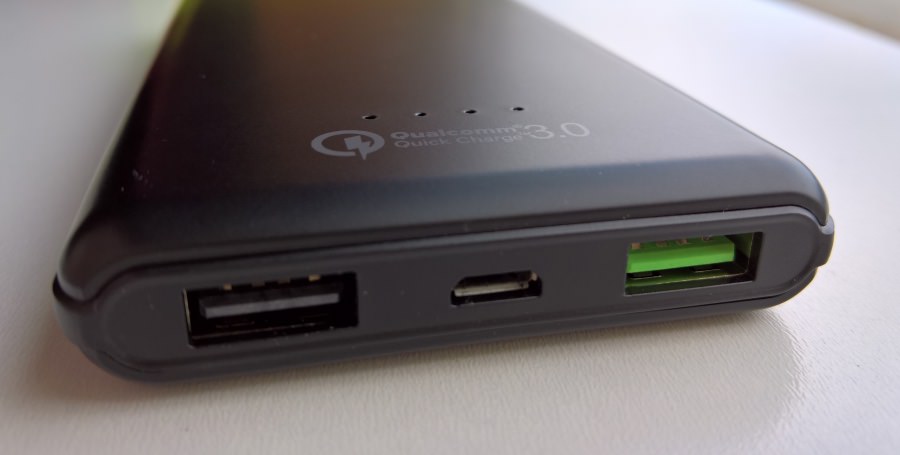 Output is as advertised, though note that if you plug two phones in at once then maximum currents are reduced, for example both outputting 5V at 1.8A, or 36W for both ports. But what actually happens will vary according to what you plug in, of course. Still, it charges things at a rate of knots, which is what you need to know. For my IDOL 4 Pro pictured on this page, when plugged in on its own, it used Quick Charge 3.0 quite happily, with no 'slow charging' warnings. 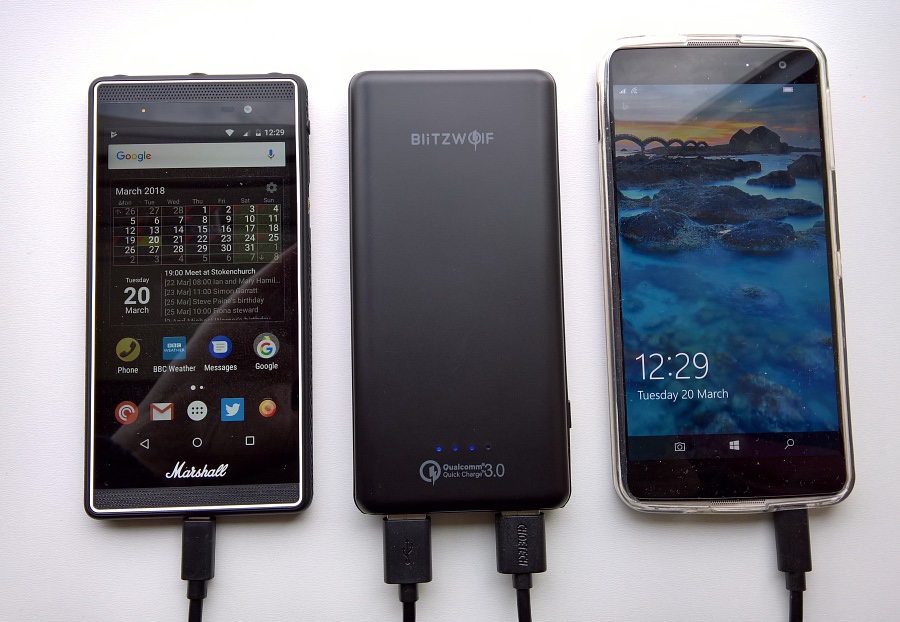 The choice of microUSB for filling the BW-P6 is interesting in 2018, but in fairness there are a hundred times more microUSB chargers in the world than Type C still, plus there's also the matter of keeping the cost (as well as weight) down - it's £20 or so from Amazon UK, though you can get 15% off on this UK store with promo code VCGOTES8 (expires on 21st June 2018).

I'd still have liked a USB Type C version though, maybe that'll be the 'P7'?! Watch this space...