An interface within an interface? What do you think this is, Inception??! Actually this is a new UWP application which aims to present a simplified all in one interface into the basics of 'on your desk' phone activity. It's an 'interesting' idea, though it's also clunky and awkward at the same time. As you'll see below, despite some way over-the-top marketing prose from the developer!

From the Store description (sic):

Cervino is the App that has been specifically designed to enhance your user experience with your electronic device in all possible ways.

Besides being able to achieve everything you may need to do with your PC/Tablet on a regular basis more efficiently and easily, you will enjoy the refreshing feeling of using Cervino's beautiful, innovative user interface. Its all-new VISUAL controls will let you have anything you need from your computer handier.

Here's everything you can do with Cervino so far:

Maybe I'm being too harsh on Cervino, but promising the Earth and then delivering a small rock isn't a good way to go. Better to under-promise and then deliver something exceptional.

Anyway, on with the app and its interface: 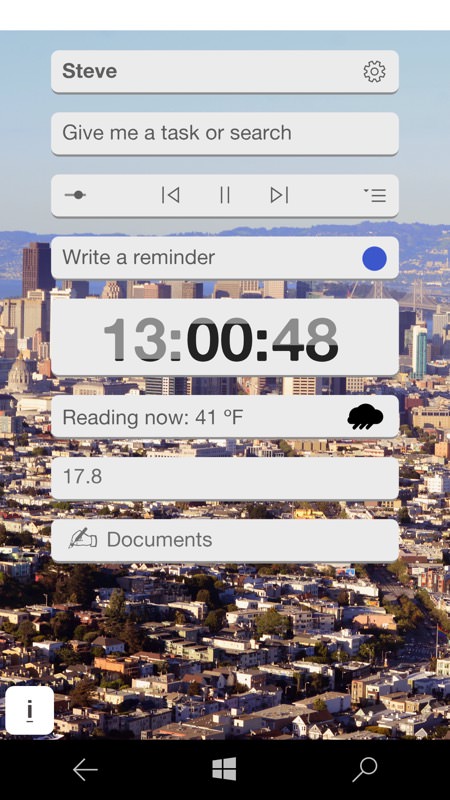 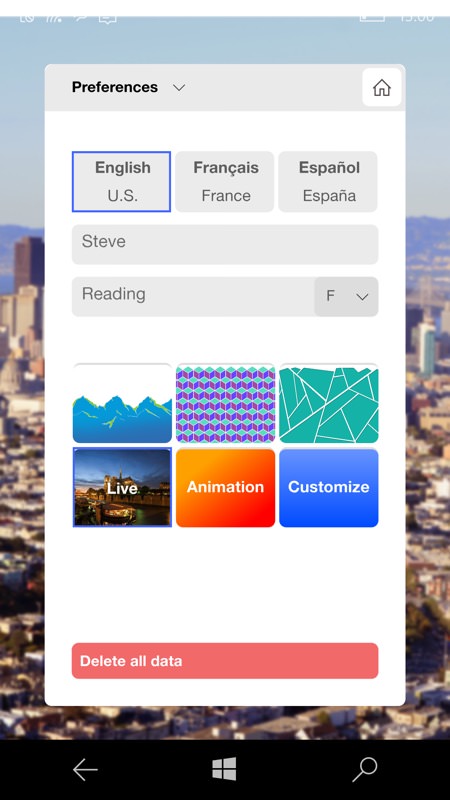 A desktop then, with regular wallpaper changes, plus eight panels/functions. Profile/language/settings (shown right), search (also shown below), media control, reminders, time (to the second), weather (also shown below, right), a calculator, and a simple text/note editor. 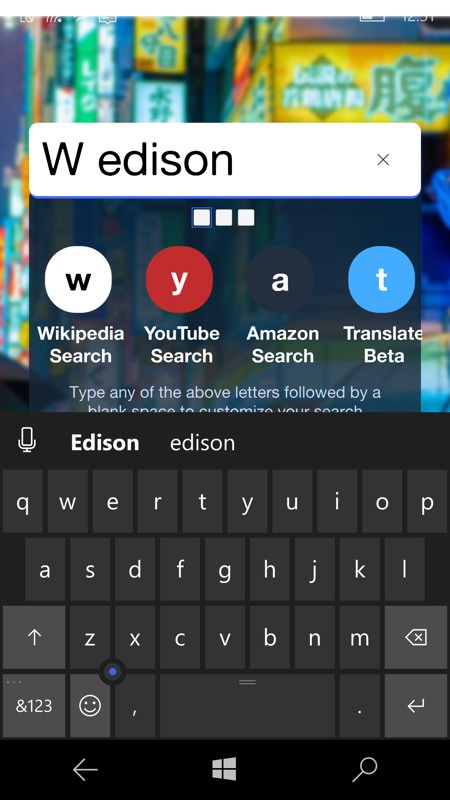 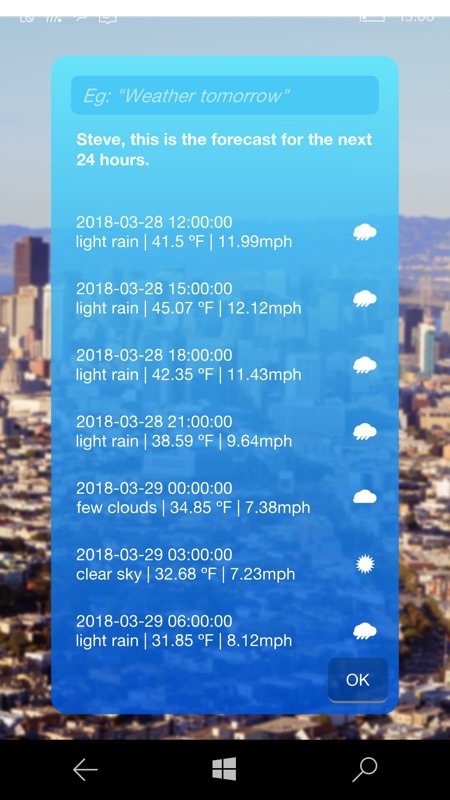 Web searches are helped by an initial letter clue, so "w" before text searches Wikipedia, and so on. Not a bad idea, I'd like to see this catch on; (right) the expanded weather forecast shows a 3-hourly breakdown, though mainly textual.

It's an interesting idea - but ultimately far too limiting. I get the point that it's supposed to present a limited interface, but I'd much rather just have a good prune through my Start screen and use some judicious live tiles.

Then there's the unnecessary hiding of the top status bar of Windows 10 Mobile, yet without the benefit of disabling the auto-lockscreen timer. So you can't even use this as an in-stand desktop. It's the sort of project that I'd like to come back to in six months. Or, if it tickles your interest, then get involved with feeding back to the developer?

You can grab Cervino here - it's currently showing as free, though has been at a commercial price in the past. Comments?