Windows Core OS and Andromeda ported to the Lumia 950 range

We've seen various porting experiments, compiling the cross-platform Windows Core OS and Andromeda interface to various phones, but we now have photographic evidence that the project is working. All of this 2018 code has been ported to the Lumia 950 XL, whose touchscreen works in portrait or landscape to run UWP applications and the full Andromeda codebase. 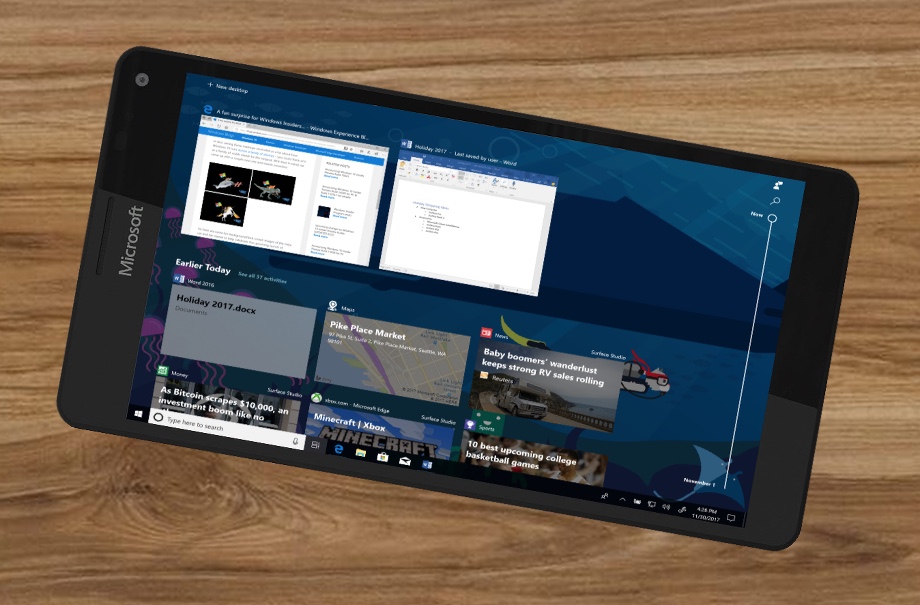 Here showing the timeline view, this would normally be across an opened-out Surface Mobile, but here just the one screen is used!

Impressive work from the bods at XDA developers as usual. There's no way that Microsoft will put in the effort to compile a 2018 platform down to a 2015 phone, but at last enthusiast hackers have the will, it seems.

It's not clear how configurable the display scaling will be, or as to how the full Surface Mobile (unfolded) interface will work on a single screen device, but at least it's a start.

The work was done by an XDA dev by the cryptic name of 'slooflirpa' and you can find his work here.