Myerson out, Microsoft reorganisations (yet again)

Microsoft has announced a new 'Experiences & Devices' division, lead by Rajesh Jha, replacing the old 'Windows and Devices' group, while Terry Myerson, the face of Windows 10, is moving on to pastures new. It's not the first big reorganisation at Microsoft (heck, it's about the fifth in the last seven years!) and it won't be the last. Not much changes here, in effect, for support of older Windows 10 hardware or for the release of whatever comes next, though... 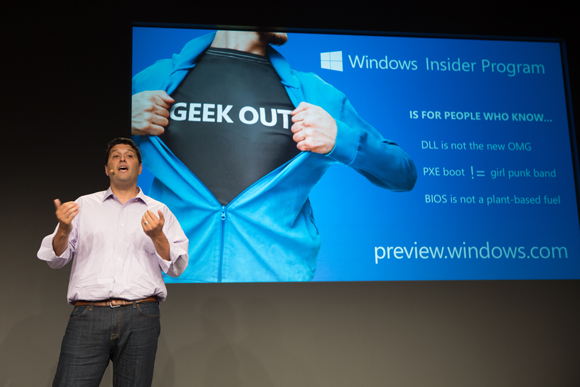 With change comes transition, and one transition we have been planning for is for Terry Myerson to pursue his next chapter outside Microsoft. Terry has been instrumental in helping me arrive at this new organizational structure, and I deeply appreciate his leadership and insight as we've worked through the opportunity that lies ahead.

Moving forward, Rajesh Jha will expand his existing responsibilities to lead a new team focused on Experiences & Devices. The purpose of this team is to instill a unifying product ethos across our end-user experiences and devices. Computing experiences are evolving to include multiple senses and are no longer bound to one device at a time but increasingly spanning many as we move from home to work and on the go. These modern needs, habits and expectations of our customers are motivating us to bring Windows, Office, and third-party applications and devices into a more cohesive Microsoft 365 experience.

It's all a bit tangential in terms of AAWP, at least, but I thought the shake-up worth linking to. Satya's post is quite long, but worth a read.

I'll be sorry to see Terry Myerson go though, he always seemed authentic and a great presenter.