So here on AAWP, I've been doing detailed shootouts between the Huawei P20 Pro, with its 40MP sensor and under the guidance of one of the original Pureiew co-creators, Eero Salmelin, and the Lumia 1020, but over and over again I've had requests to pitch the P20 Pro against the Nokia 808, the original PureView camera phone. Can the 2012 imaging tech match that from 2018? Let's find out, over on All About Symbian, our sister site. 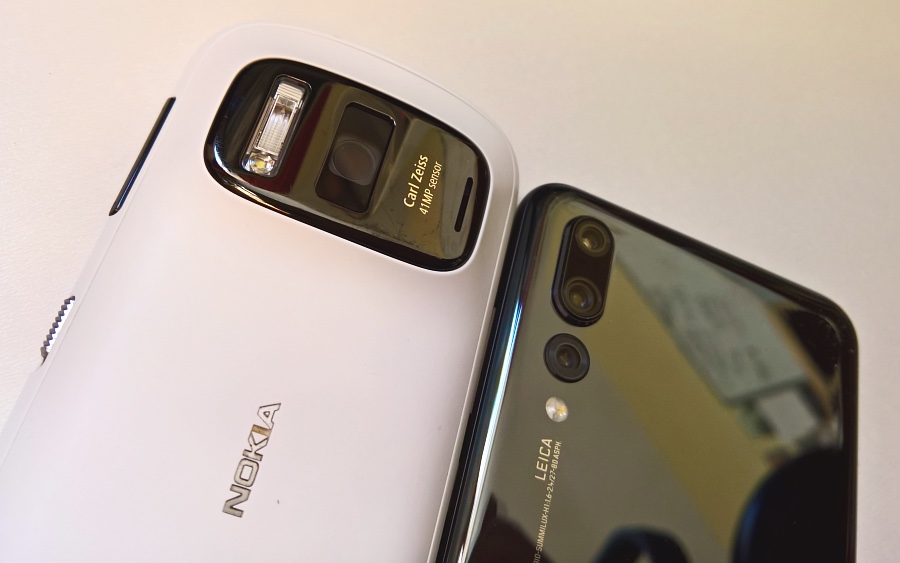 From my conclusions there:

The original PureView processing seems superior to me, more natural. Partly this is the full RGB 40MP sensor with a traditional Bayer layout and the Nokia oversampling algorithms, while the P20 Pro has a quad-Bayer block pattern, which I feel is more primitive in terms of resolving finer colour detail. And partly this is down, yet again, to clumsy noise reduction and sharpening from Huawei - Eero, if you're reading this, you DON'T NEED these extra stages, you already have great optics, just spit out the images and encode them to JPG as they are!!

This has only been a short feature, but hey, new content on AAS in 2018...! In particular, I forgot to shoot a 'party' test, but I think we can assume that this will be the usual Xenon walkover for the Nokia 808. And the 808 is already way ahead:

What I find fascinating here is that other sites have proved that shooting DNG (RAW) images on the P20 Pro means side-stepping all the extra ugly processing, proving that the triple camera system on the P20 Pro is basically sound. It's the software that ruins the images for consumers and, as usual, it's all about updates coming along in time.

In the meantime, this quick feature has shown, I hope, that - for now - the original PureView classic camera phone still produces superior images.*

* and, unlike the Lumia 1020, you can't point to it being too slow, since the 808 oversamples with a custom ISP and is only a fraction of a second from shot to shot.