Yet again perhaps a UWP application that might be more of use on the desktop, MediaTag does work on the phone, and pretty well, even though its use case is less well defined. The idea is to edit the metadata tags in popular music file formats, filling in or changing details so that your music player of choice shows the right artist and album name, genre, etc.

MediaTag is a powerful and easy-to-use tool to edit metadata of media files. It supports batch tag-editing of the most common audio and some video formats, with many ways to quickly organize large collections of files. You can rename files based on the tag information, replace characters or words in tags and filenames, convert casings, generate tags from file names or track lists and rename files based on their tags.

I have to say that whenever I've fiddled with music track metadata, it's usually on the desktop, perhaps after downloading a folder of files or ripping a CD (etc.) These folders then get copied onto my phones at some point, so the metadata is usually fixed by the time the music is mobile, so to speak. But I guess you might be into grabbing music tracks directly and then this UWP app might come into its own. 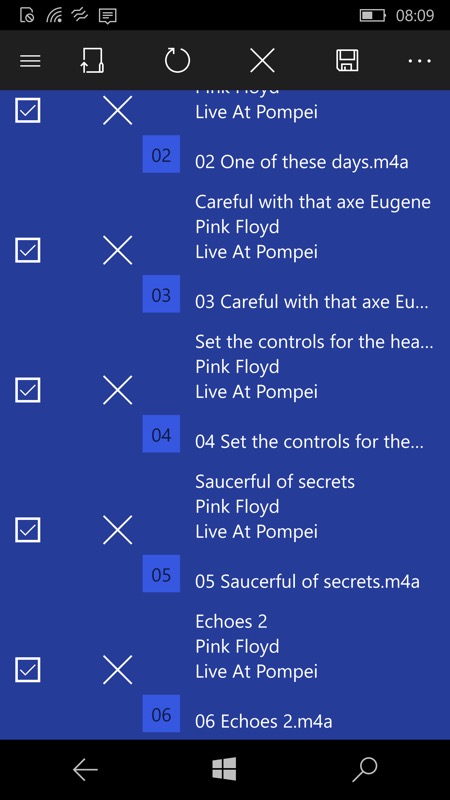 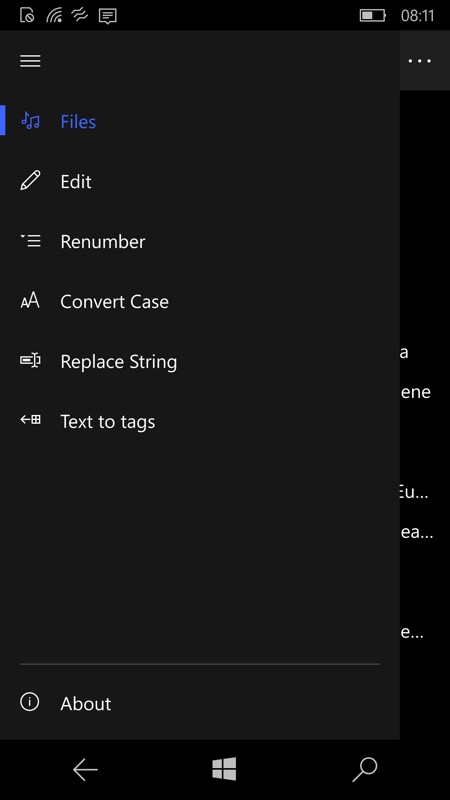 The basic idea - tag a load of files in a folder and then use the hamburger menu to pick what to do with their filenames and metadata... 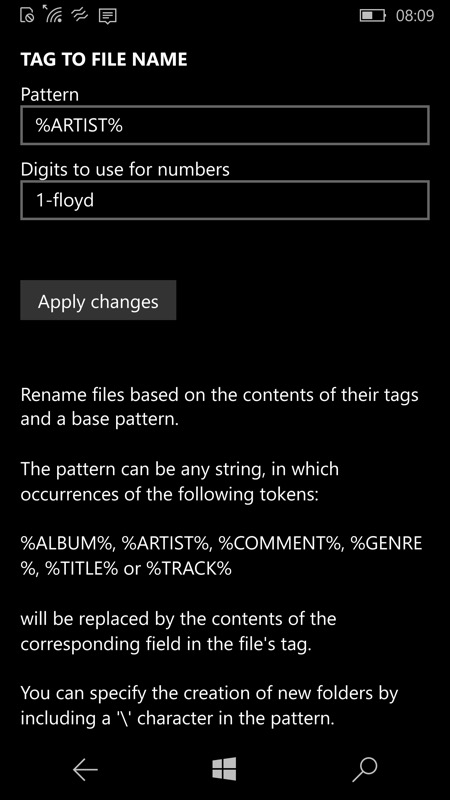 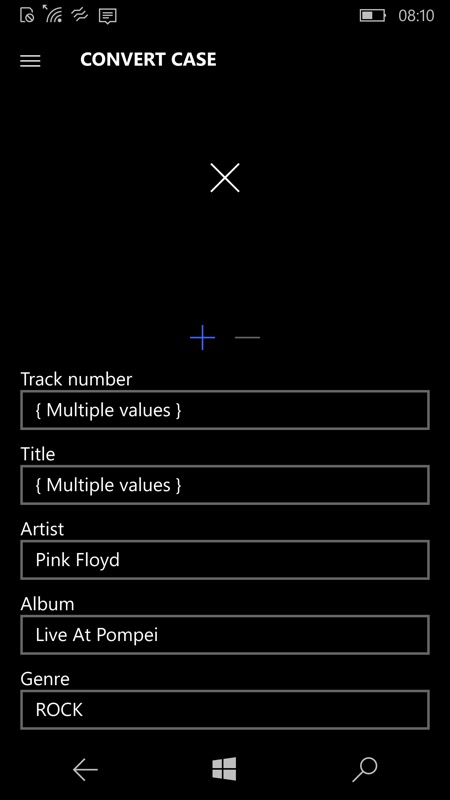 You can get quite sophsiticated in terms of 'base patterns', in case you want to keep some of the old metadata and append something; (right) demonstrating another tag operation, changing the case used in the metadata.

You can grab this in the Store here, currently for free. Comments welcome - would you use this on the phone?