My Colony UWP: colony creation inside your phone

World-making, civilisation-making, indeed My Colony here, is a very popular game genre. By definition appealing to those with plenty of spare time on their hands, by the time the interface and quirks have been learned, colonies made and multi-player games sought out, we're looking at potentially hundreds of hours of gameplay. The caveat is that this game is very RAM intensive, so it's best played with the smallest size maps. You'll have to experiment, but I was having troubles on the 'medium' maps, so start small and see how you get on.

The pay off is that if this works for you and if you like the genre, then this is a huge MMO game that's also cross-platform (though I note that RAM issues abound under Android too).

My Colony is a brand new space colonization simulation and strategy game from the maker of the hit simulation games My Planet, My Land, and My Business Empire! My Colony is not and never will be one of those "story" or "ville" type in app purchase nickel and dime games. The aim here is for a futuristic take on the classic sim city type game. I do not plan on adding multiplayer or enemies or things like that. I really want to keep this game in the casual sci-fi simulation category. Currently, My Colony is in a very early beta stage, in active development, and open and welcome to all players. These early builds are mainly meant for testing and feedback. So please try out the game and leave comments and feedback to help shape how this epic new simulation will unfold! 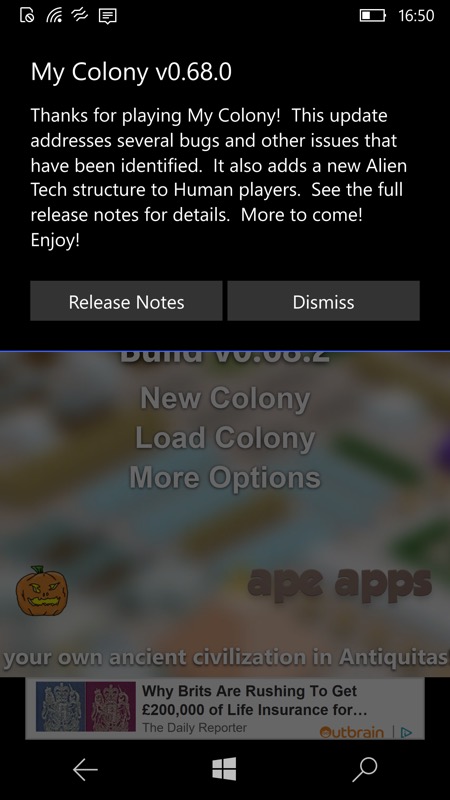 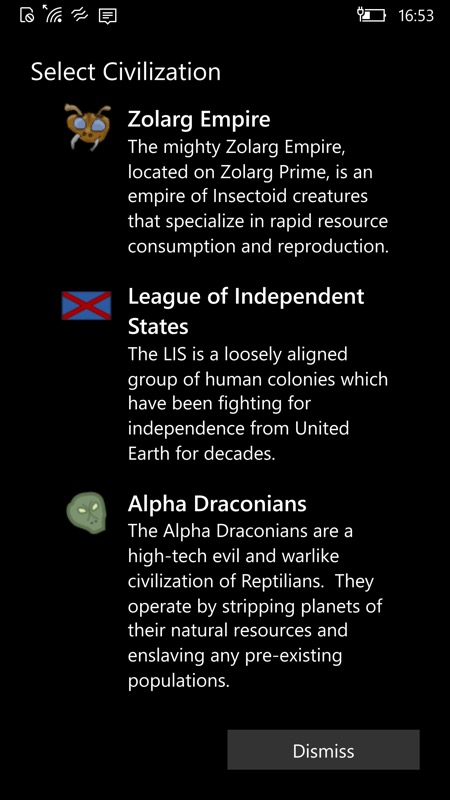 Startup explanations and choices abound, but don't worry, once you've created a few colonies, you can jump them in the initial menu in one tap. The civilisations listed here will give you a flavour for the genre and atmosphere... 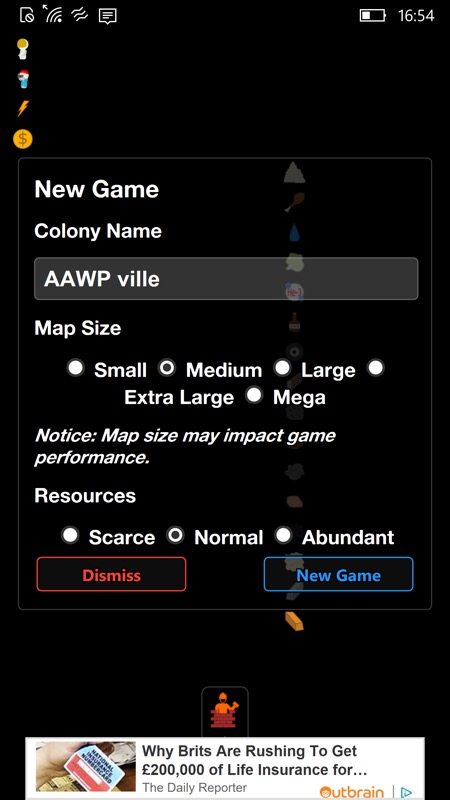 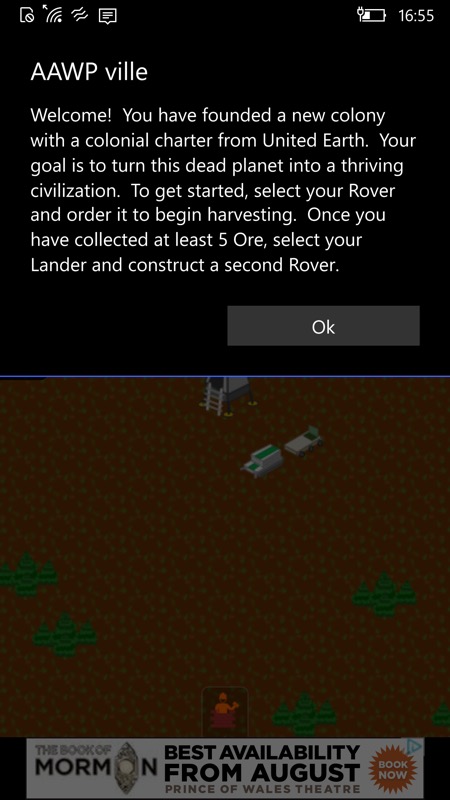 Creating AAWP ville! In hindsight, start with the 'Small' map and work upwards - you'll have a more stable experience!! (right) Getting started, there are plenty of hints as you learn the interface. 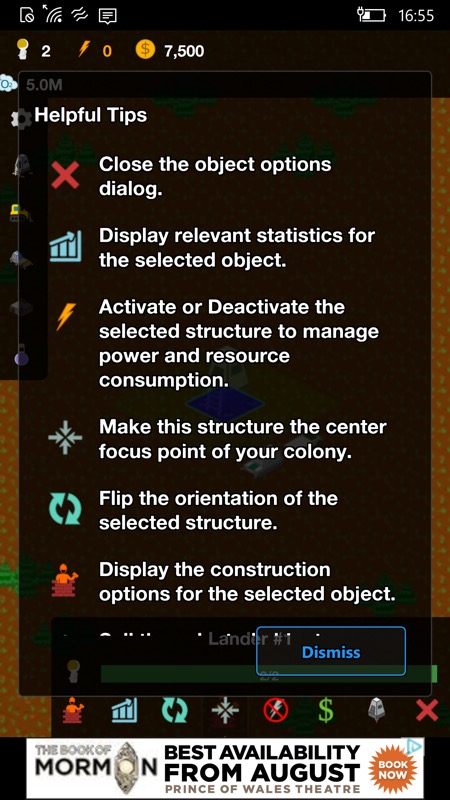 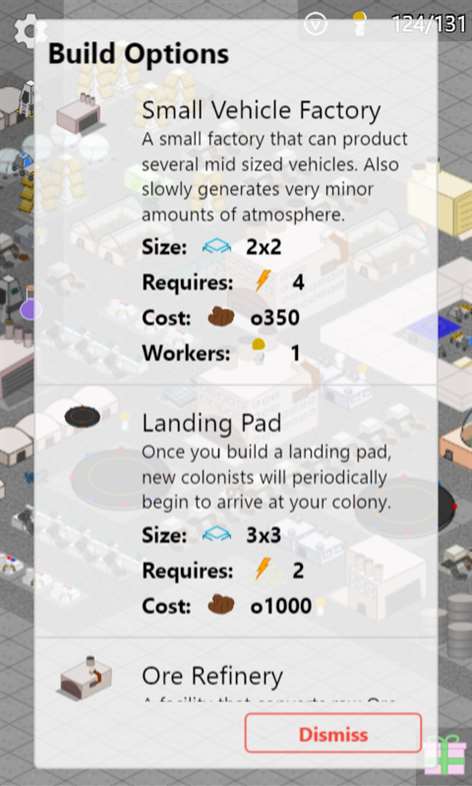 More tips and explaining the main controls; (right) the amount of building options is staggering - in terms of complexity, My Colony is one of the most ambitious games I've ever seen. 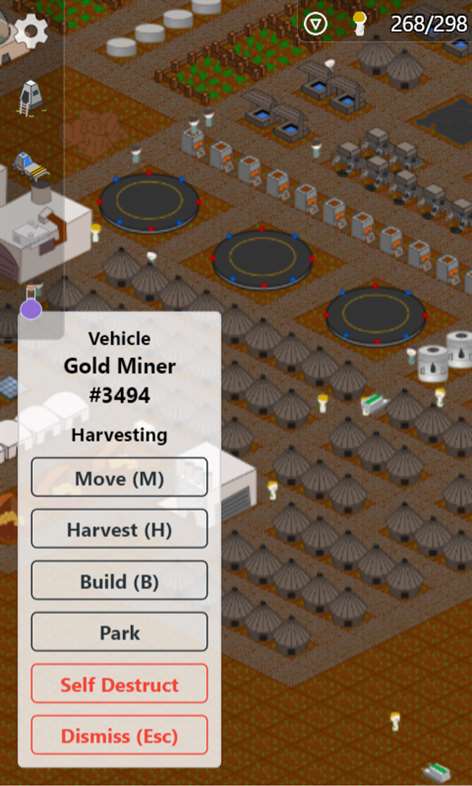 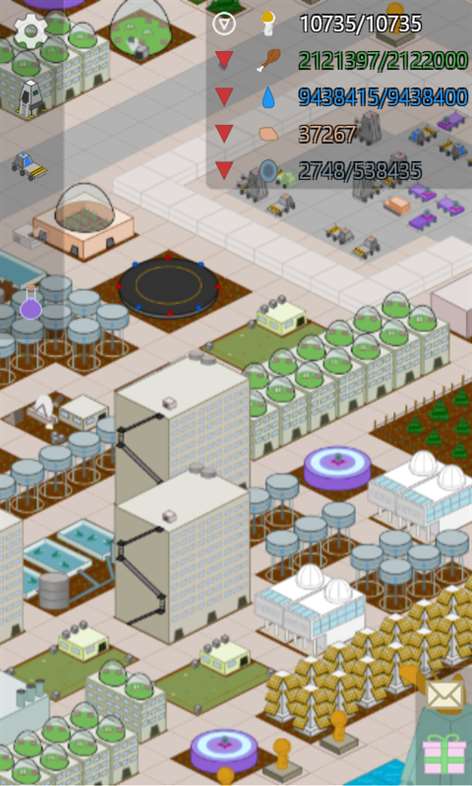 Tap and build and harvest and (eventually) fight, perhaps? These colonies are growing nicely.

You can grab My Colony UWP in the Store here. I've no idea how much the 'remove ads'/Premium IAP is, as the system crashed for me when I tried! If you really have trouble on the phone then try this on your Windows laptop or similar. Don't worry, you can share colony files around and load them up on a different device.

PS. To give you an idea of the scope of the My Colony ambitions, the game even has its own podcast!