One of the Lumia 950/XL's tricks has always been to capture in RAW (actually .DNG files) format, if selected in settings. The idea behing that, in addition to an oversampled 8MP image, you'd also capture a 20MP image in a format that has had no post-processing, no JPG encoding. And yes, the resulting file is huge, about 25MB, which is why RAW isn't 'on' by default. So, if you capture these images (for later twiddling on a PC), how can you check/view them on the phone? Windows 10 Photos cops out and shows a low res preview (along with a lie about resolution), OneDrive does the same. Now you could move the file to a desktop and start your editing, but it's also handy to have a viewer on the phone too, if only to check that the image is all there and with correct attributes.

Image Raw is a simple image viewer. It is designed as a companion app for digicam remote and shutter remote app. Allows the photographer to quickly review images downloaded from the camera. It can also be used as a standalone raw image viewer. 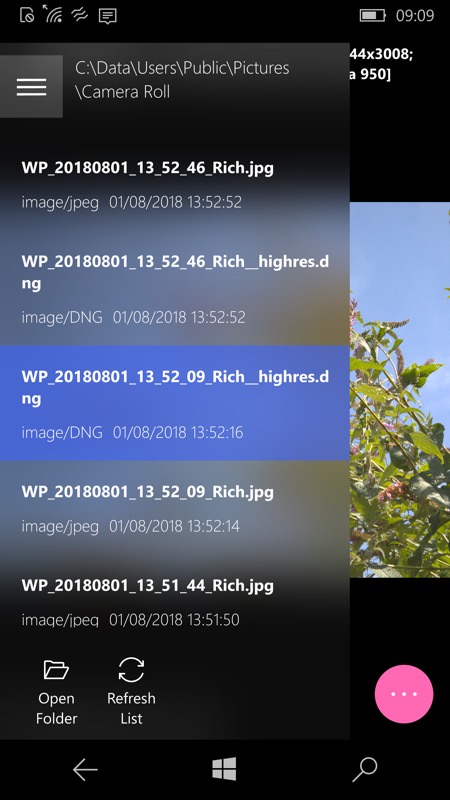 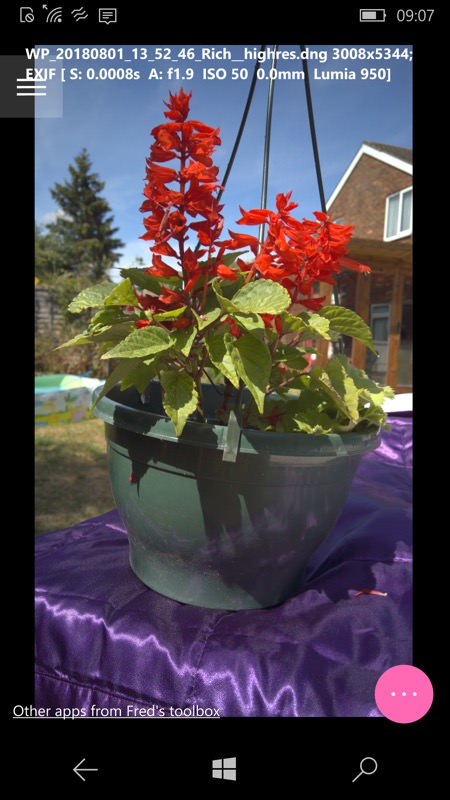 The hamburger menu is just the file list, but that's fine. Set it to your camera roll folder and you're in business. DNG/RAW files are obvious from their filenames and then just tap to open; (right) Note the EXIF data at the top, including resolution (something that Windows 10 Photos gets wrong for DNG files). 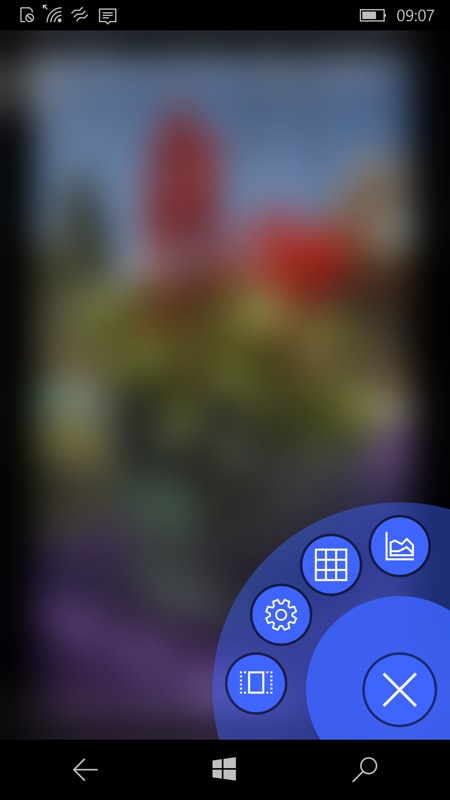 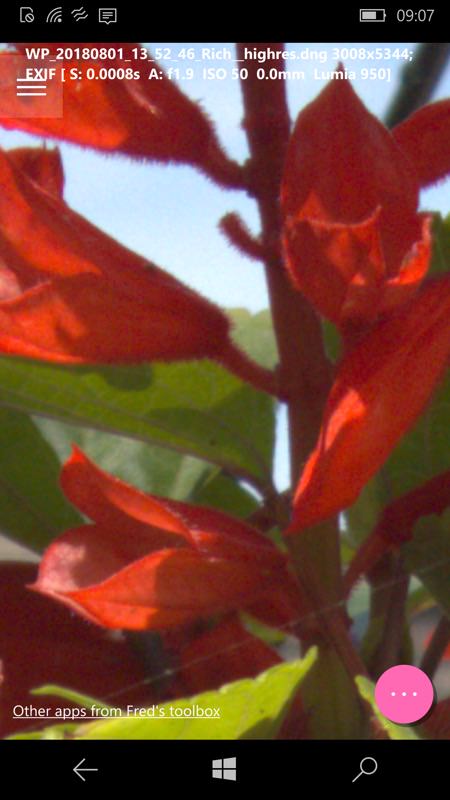 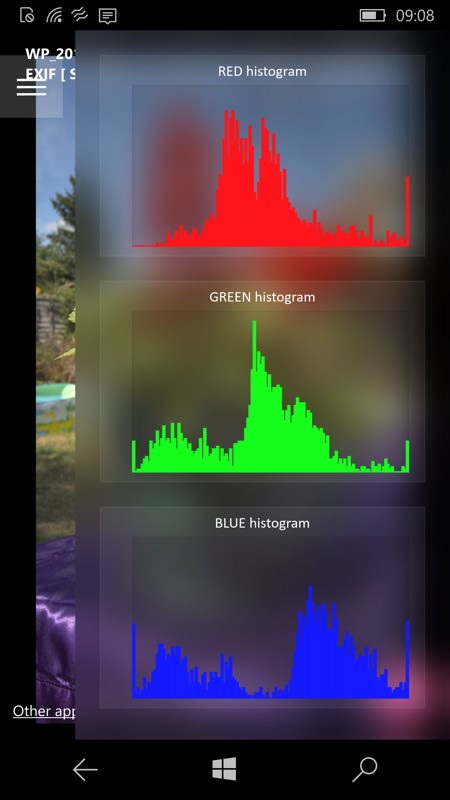 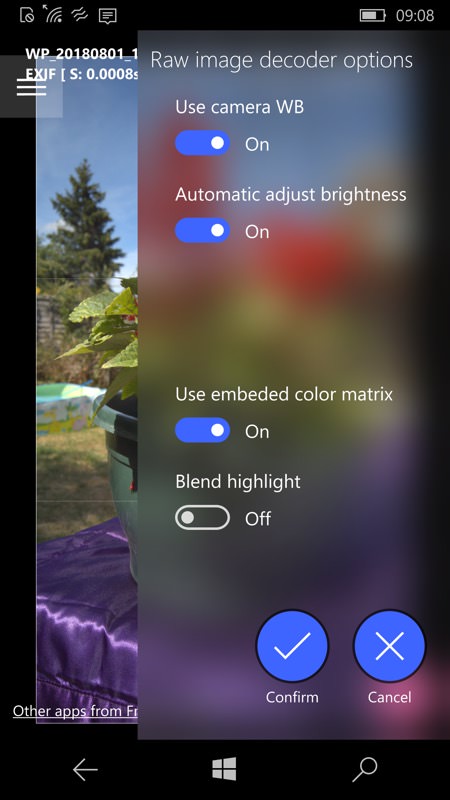 I've been following Image Raw UWP for a few months and it's now worth highlighting here. It's a relatively simple tool, but useful for anyone playing with capturing RAW images on a Lumia 950 or 950 XL and wanting to do some mobile checks before attacking the images with a photo tool on a desktop later on. In terms of UI, it's a bit quirky - the quick jump to 1:1 is great for checking absolute detail and accuracy at the pixel level, though if the photo is already at this level then I'd have liked to have seen this as a toggle that jumps back to the photo overview.

Worth a download. You can grab this in the Store here.