For years there has been talk of the possibility of phoning from PCs and tablets equipped with a SIM card  but no native phone function has ever arrived on Windows 10. With the latest builds of Windows 10 Redstone 5 and 19H1 it would seem like something is moving.

Until the April 2018 Update update, the Phone app only showed call history and favorites , making the app meaningless even though it already exists in the desktop operating system.

With Redstone 5 and 19H1, Microsoft also introduced the numeric keypad needed to make calls from Windows 10 PCs and tablets just like on Windows 10 Mobile. 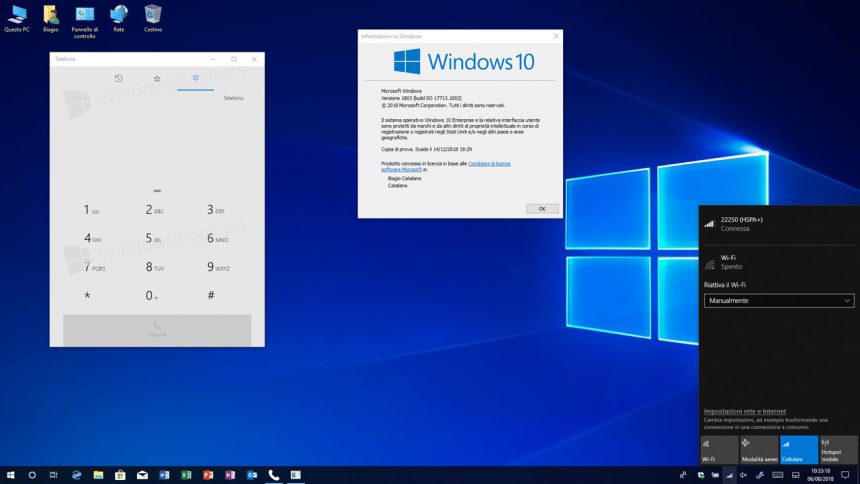 As for the mobile counterpart, the system is perfectly integrated in the Windows 10 address book . Typing a number will search the contacts.

The features of this version are as follows:

We're moving into a world of different form factors, of eSIMs, and flexibility. It's looking like the LTE version of the Surface Go may well be able to make and receive phone calls, at least, later this year. Which will be very much reviewing. And who knows, a revived ARM-based Andromeda early in 2019?