I'm not going to pretend this is a full review, since Photo Stacking UWP's usefuless is, as they say, limited only by your creativity. And I'm more a 'shoot what I see' guy rather than 'imagine something and then composite to create it'! The idea is sound though, combining multiple images together.

This is a simple utility that tries to do one thing and one thing only, letting you merge multiple photos into one. Supported input formats: JPG, TIF (8bit per channel) Supported output format: JPG, TIF (8bpc), TIFF(16bpc) Merge algorithm: fancy average.

There are two image alignment methods available from this app: ORB and ECC. They both work ok to some extent. A sturdy tripod usually gives much better result in image alignment. There are a number of reasons one might wanted to merge multiple photos into one:

For anyone with a PureView-equipped Lumia, any SNR gains will be very slight, if any, but the idea of special effects does appeal. In any case, here's how it's implemented in this UWP for Windows 10 Mobile phones and indeed any other Windows 10 computers. 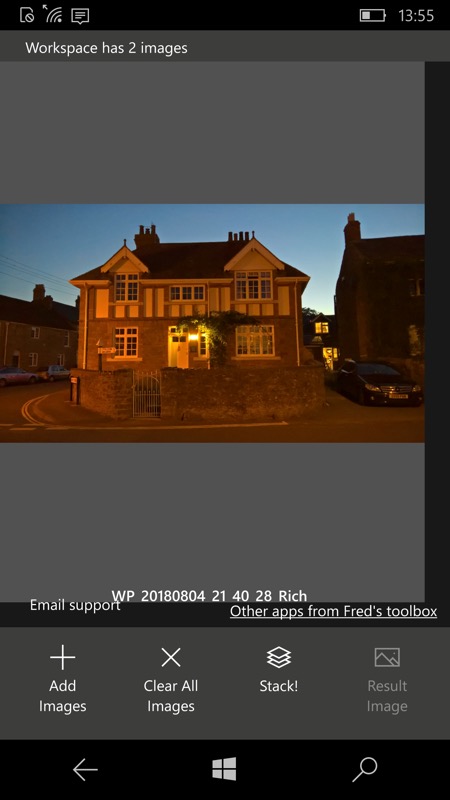 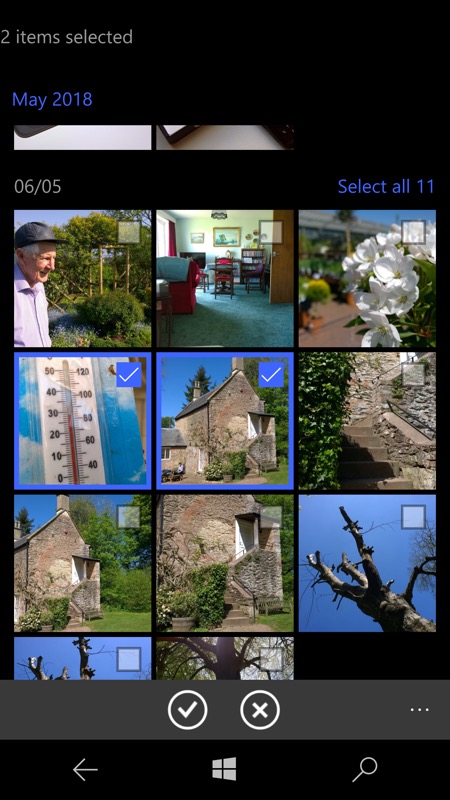 Step 1 is to pick a number of photos that you'd like to stack. Note that they have to match in resolution exactly. One enhancement for the future might be to auto-size any misfits according to the first image selected? 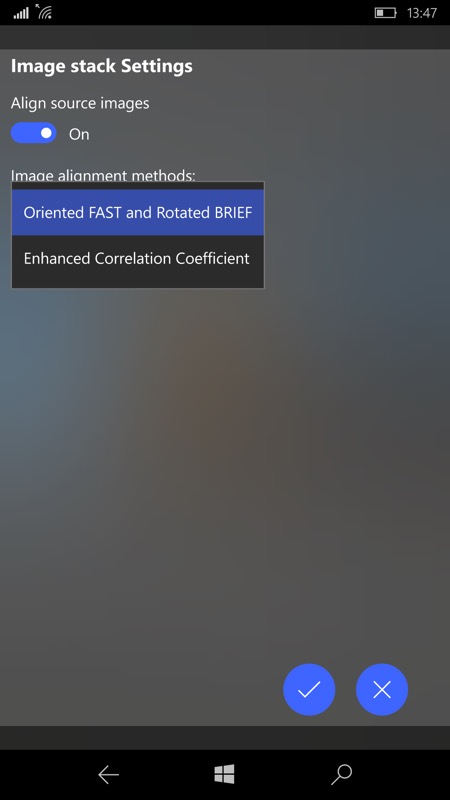 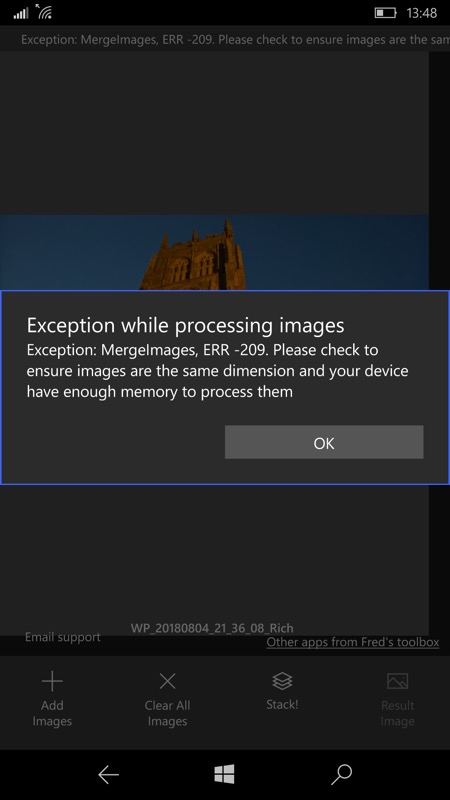 There's the option to auto-align images if they're supposed to be of the same thing, i.e. if you're going for some kind of noise-reducing or water time lapse effect; (right) If you get too ambitious in terms of large images or if you pick photos of different resolutions, you currently get this error - I'm sure it can be tidied up! 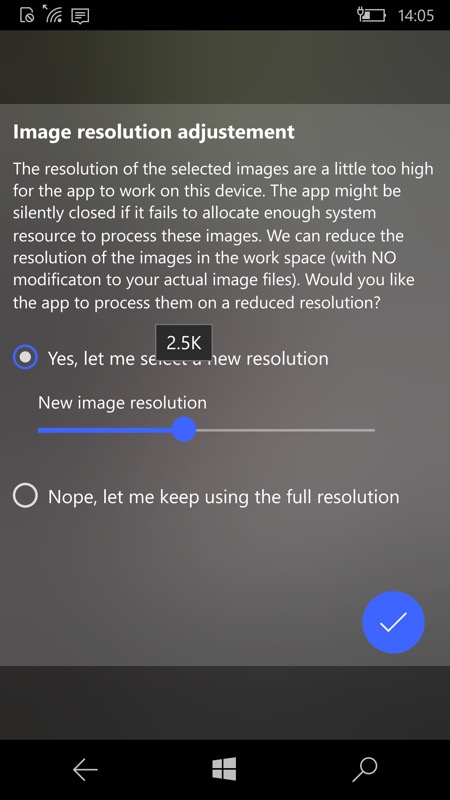 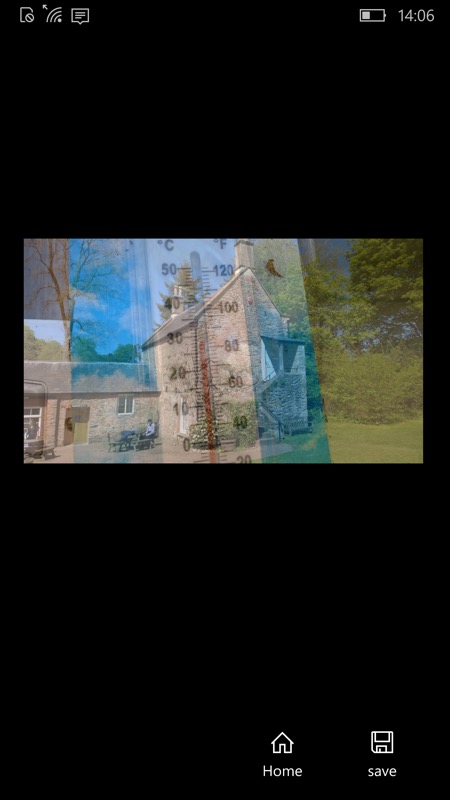 In most cases there's also the option to downsample as part of the stacking, usuall for reasons of RAM/resources. 8MP images were usually fine on my Lumia 950 (i.e. stacking to 8MP still), but you might want to step down a notch on lesser phones; (right) a typical stacked effect. Yes, it never looks as good in practice as you think it might - hence needing to get inspiration from Google, as suggested by the developer!

You can grab this in the Store here. Would you use this? Comments welcome!!