At a special event last night in New York, Microsoft launched the Surface Pro 6 and Surface Laptop 2, both with a matt black colour option. Also of tangential interest were the Studio 2 and new Surface Headphones. Some videos below. And, before you ask, there was no sign of Andromeda or Surface Mobile, though WC's Zac did ascertain that the Surface Headphones were developed with the new communicator in mind, but now released separately. 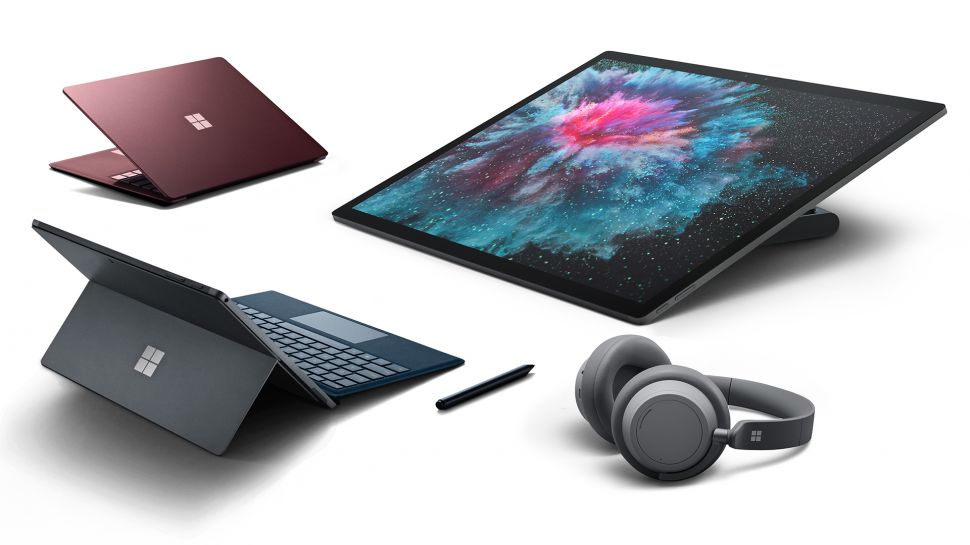 The Surface Pro 6 has Intel's latest 8th-generation processors, plus it has improved internal cooling. Microsoft says it will be 67% faster than its predecessor, the unnumbered Surface Pro (2017).

13.5 hours of battery life is quoted. The device weighs just 0.77kg and has the same 12.3" display and up to 16GB of RAM and a 1TB SSD. Happily, it keeps the USB-A port of the previous Pros, which is what most users want, though I'm surprised they didn't sneak in an extra USB Type C port, this being 2018.

The Surface Pro 6 will be available on October 16, with pre-orders today, from £879.

The Surface Laptop 2 is 85% faster than the original, thanks to Intel's 8th-gen processors. Microsoft claims that it has the thinnest ever LCD on a laptop.

The hardware is again very similar to the first Surface Laptop, so again we're talking just USB-A. The screen is still 13.5", but now has a claimed 1500:1 contrast ratio. Impressively, Microsoft is quoting 14.5 hours of battery life.

This will also be out on October 16, and again preorders are now live, starting from £979.

The Surface Studio 2 has a 38% brighter screen and 22% more contrast.

With an internals change, the Studio 2 comes with Nvidia's next-gen Pascal GPU and a 2TB SSD. Again, preorders should now be live.

These seem to be standard Bluetooth headphones, but with 13 levels of adjustable noise cancellation and Cortana built-in.