Available as a full UWP game for all Windows 10 tablets, laptops and - relevantly here - for phones, Ludo King is a really nicely done (albeit freemium) multi-player, online version of the classic Ludo dice game. The UI under Windows 10 Mobile is glitch free, perfectly scaled and pleasant to play - which, if you like dice games, means that you'll have hours of fun with this.

From the (rather generic) Store description:

Ludo is board game played between friends, family & kids. Recall your childhood.

The game is played between 2 to 4 players and you have the option of playing the game against the computer, against your friends, or even against people from around the world. The objective of the game is pretty straightforward; each player gets 4 tokens, these tokens must make a full turn of the board and then make it to the finish line.

Whoever gets all four tokens to the end first is the winner. However, each move can only be made based on the number decided by casting a six-sided die, and each token can only move out of their home by casting a six. Additionally, the competition factor of the games is upped by the fact that while moving if another player’s token lands on the same square as your token, then your token will automatically be sent back home and you’ll need to roll a six again.

Ludo King is a game that was played by kings and now it can be enjoyed by you and your family and friends. While the game play might seem simple at first, the game is immensely enjoyable and challenging. You’ll be playing this one for hours and its fun for the whole family. Try to beat your opponents and compete for the highest scores on the leaderboards. 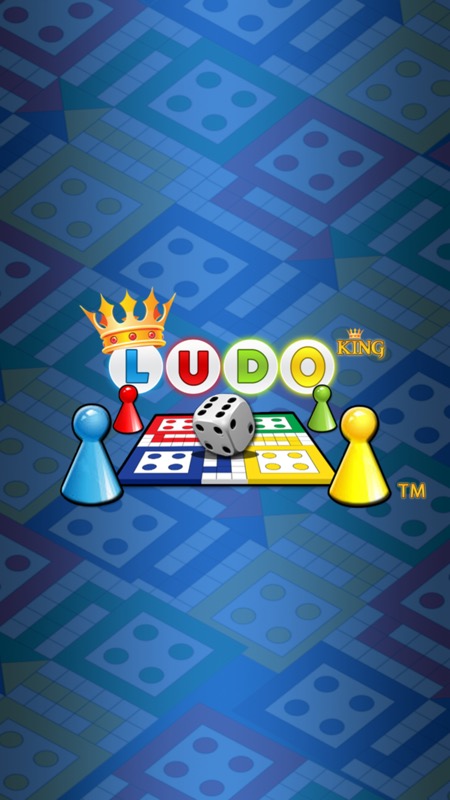 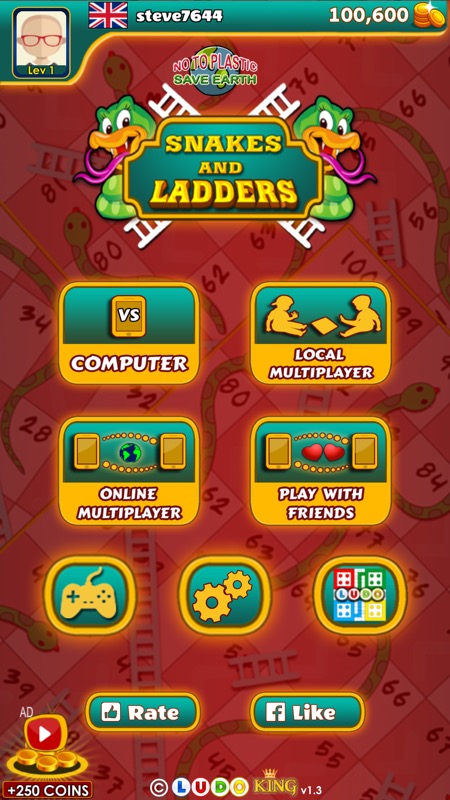 Very high production standards are obviously intended to be paid off by eventual freemium purchases, but you can still have a lot of ludo fun for free. (Oh, don't worry about the 'Snakes and ladders' mini-game, it's utterly weird as you can't see the snakes or the ladders, so skip this one.) 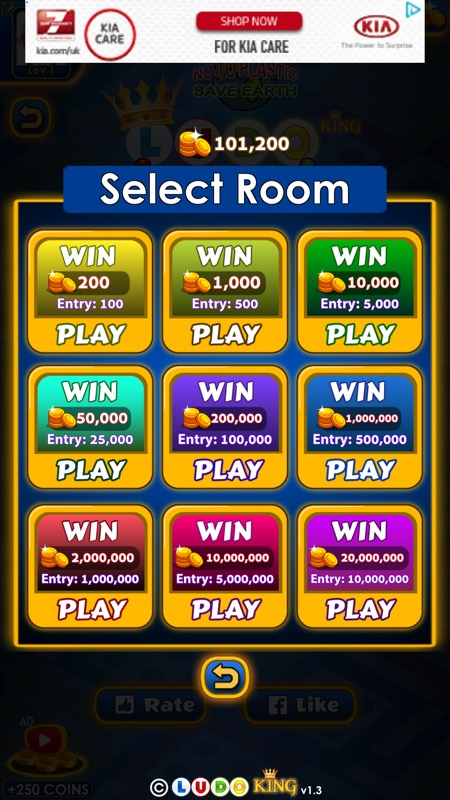 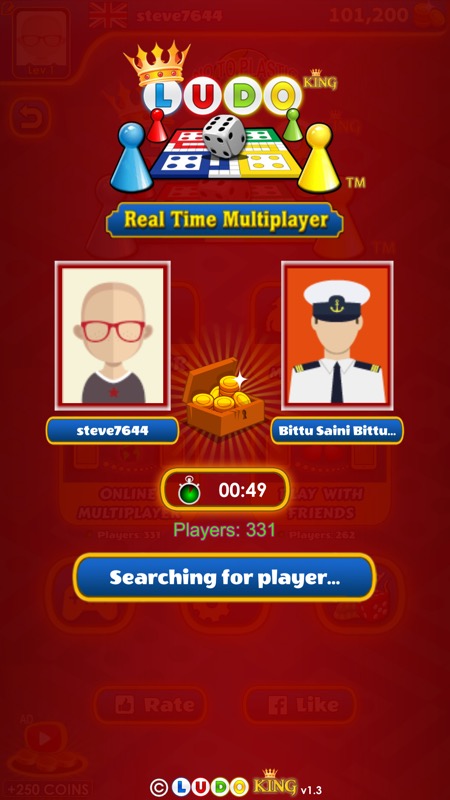 Although you can play against humans with you, or against the computer, I headed for the online mult-player, which always adds an extra exciting edge. Here there are a variety of rooms with different virtual currency stakes - something for everyone! (right) I was matched to someone within a few seconds, this being a cross-platform game and quite well populated. 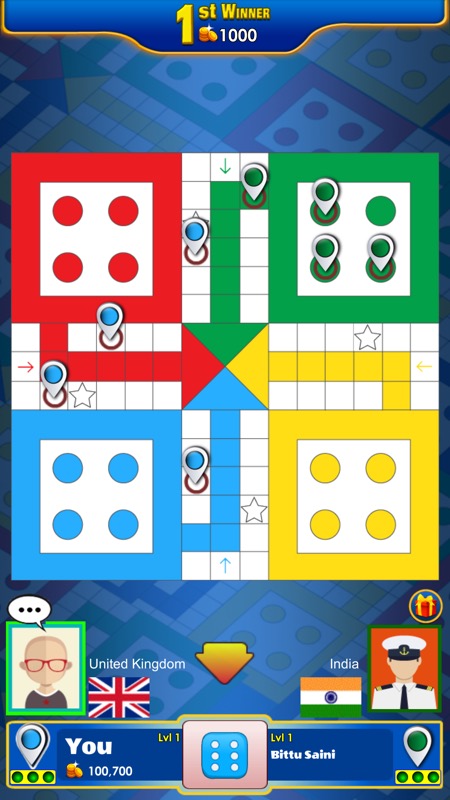 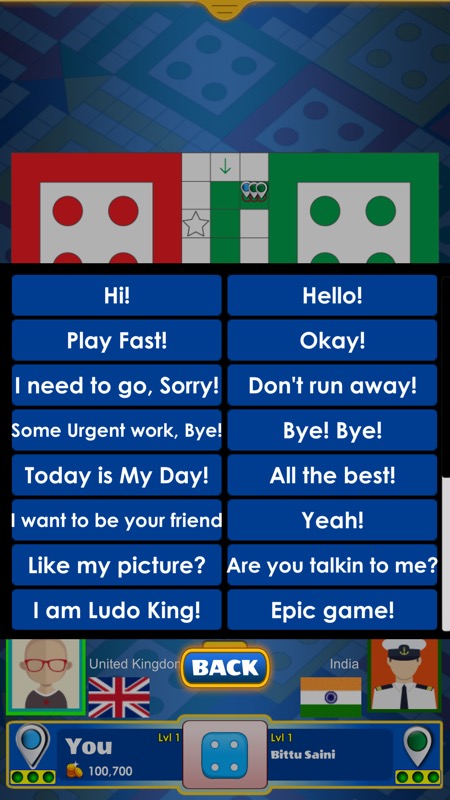 Ludo itself proceeded as per normal rules, with clear graphics, nice animations and no delays between turns. As far as I can see, the game is taken to 'the next level' by using special power-ups. Or are these 'cheating'? Any Ludo purists here? (right) Ludo King is family safe in that you can only communicate with the other person using stock phrases.

Not bad at all, I played for a while and never got asked for freemium in-app purchases, though doubtless these aren't far away. Comments welcome if you get a few hours into gaming and hit any buffers!

You can grab Ludo King UWP here in the Store. Ludo is more than just a game of chance, since there's a surprising amount of strategy involved. Not that most players know this, but if you appreciate when to hang back and when to chase down, then you're off to a flying and (probably winning) start!