Cortana for Windows Phone 8.1 to lose some content next week

Under the tag "Change is constant", Cortana for (the now unsupported) Windows Phone 8.1 now declares that "By January this page will be retired, and I won't be using it to show you what's coming next." It does go on to say "I'll still be there to answer your questions and keep your reminders", so it appears that this is the effect of some old Microsoft service APIs being withdrawn at the end of 2018, i.e. next week as I write this. 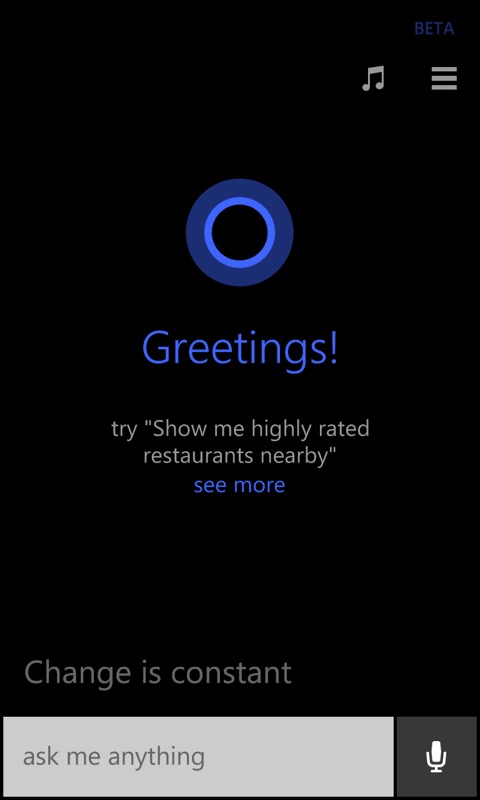 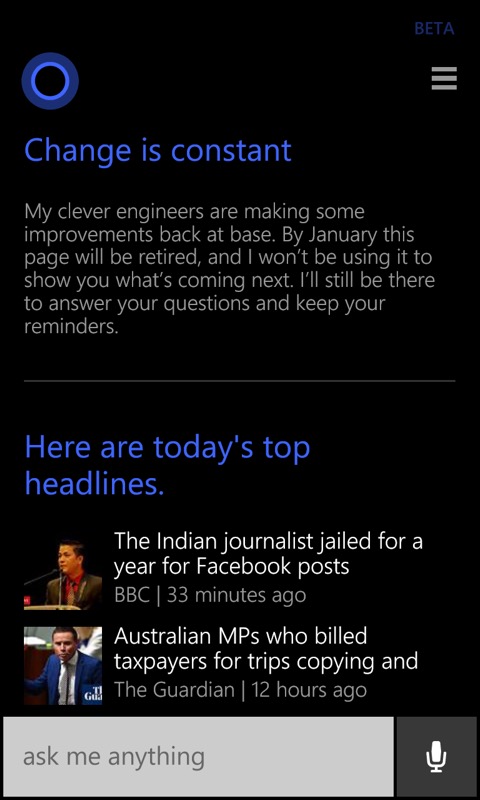 Exactly what is going to disappear isn't spelt out, but I'd guess the news, stocks and weather sections at the very least, and possibly some Calendar functions. No one knows!

It should be put into context that Windows Phone 8.1 itself has long been 'unsupported' officially, so one more Internet-connected service breaking slightly is no surprise. But if anyone out there still has an 8.1 phone being used daily then this is a notable change, at least?

Filed: Home > Flow > Cortana for Windows Phone 8.1 to lose some content next week