Who doesn't like slaying a few zombies? Especially if it's with a meaty weapon or two - and you get this in spades with 'A Zombie Dead City' - it's written for Windows 10 Mobile (and larger W10 devices) and runs smoothly and with considerable style. We're not talking console degrees of longevity and gameplay, but this is certainly worth a look (and a 50MB download) if you're into shooting and sniping games.

Shoot all the zombies or they will turn you into their meal, it is a question of survival! Now’s the right time to be brave, save what’s left of humanity and stop the apocalypse; you are the chosen one and the last hope this fallen city has. It all depends on you; survivors believe in you, do not let them down...

DEAD CITY STREETS: If you like zombie survival games you are going to love playing Dead City missions. Your task will be to kill zombies and progress through different levels. As you progress through levels, different and stronger zombies will appear. Dead City missions are great for those who are into zombie survival games and the details of the city will take your breath away.

SNIPER MISSIONS: If you have been looking for zombie sniper games, look no further because a Zombie: Dead City game has it all. In Sniper City you will have different missions to accomplish like taking out zombies, protecting other survivors and what’s left of the supplies.

DRONE MISSIONS: Killing zombies has never been more fun with the new Drone missions inside our zombie game. If drone games are something you enjoy in, you will be entertained. In some missions you will simply have to take down some free roaming zombies and in others you will be responsible for keeping the survivors safe.

WEAPON TEST: This is where you will have the opportunity to test some of the best weapons on moving targets, zombies. A great chance to practice your shooting skills and score amazing deals on weapons.

In this shooting game with zombies, we have prepared a great collection of weapons for you. You will find a pistol, shotgun or a sniper, assault rifle or submachine gun to choose from. Have in mind that in this zombie shooting game weapons are not free; you must earn in game money or gold to buy them.

Here's the game in (surprisingly smooth and slick) action: 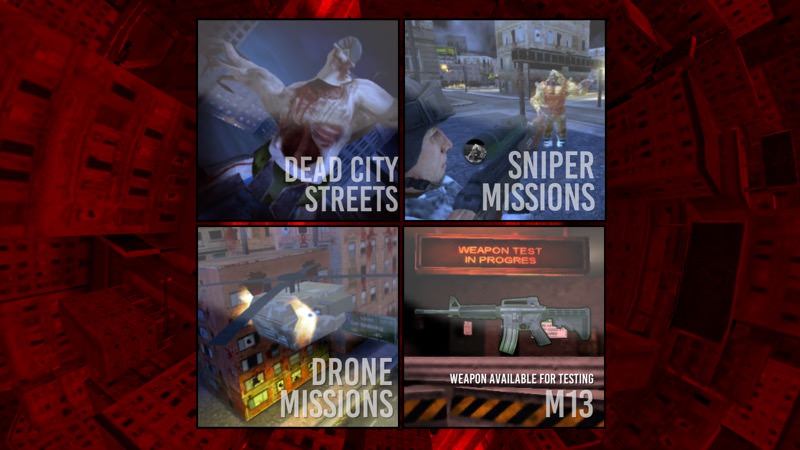 Three different games in one, really - all illustrated below. 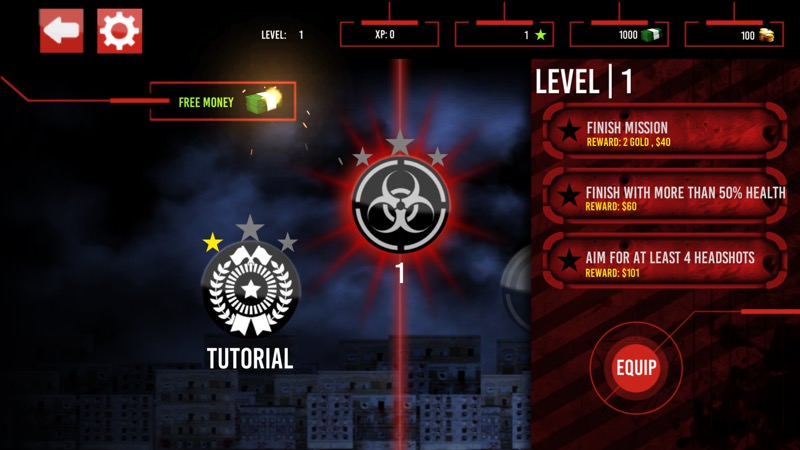 It's standard freemium and standard numbers-based missions throughout - but all tastefully and moodily done. The objective of 'headshots' is confusing though, since that's just about all you can achieve by default, since that's your aim level! 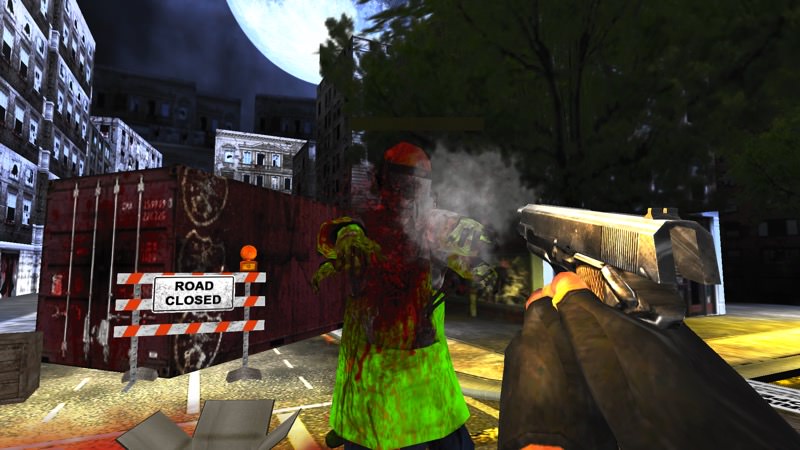 Moving through an apocalyptic cityscape, you come into contact with zombies and then it's shoot or be mauled to death... 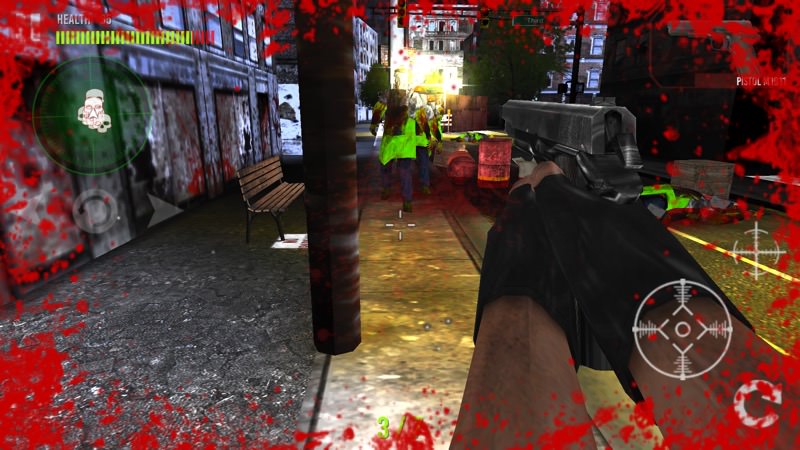 Aimng at zombies ten metres away but getting mauled by a zombie behind me - the radar view top left confirms that I'm rather out of my depth here! 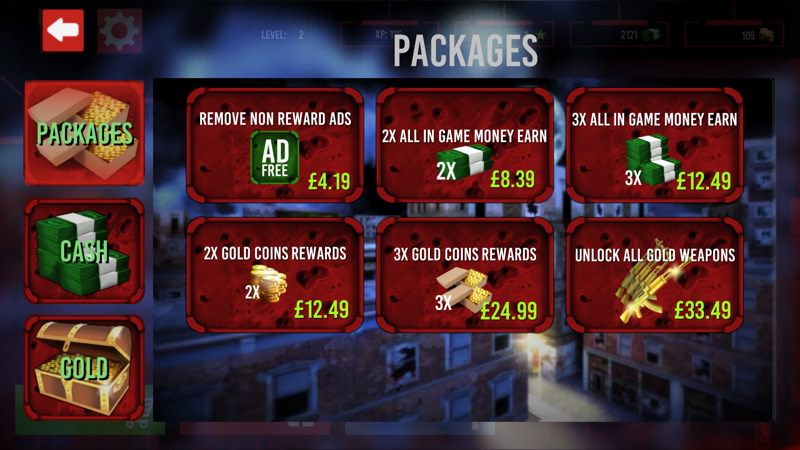 Being freemium, there are dozens of ways of spending money and getting 'stuff' - here are just six of the options, ranging from £4 to a silly £80. Zapping the ads is important though, as they're interstitial and intrusive. So consider that £4.19 the true cost of the game. 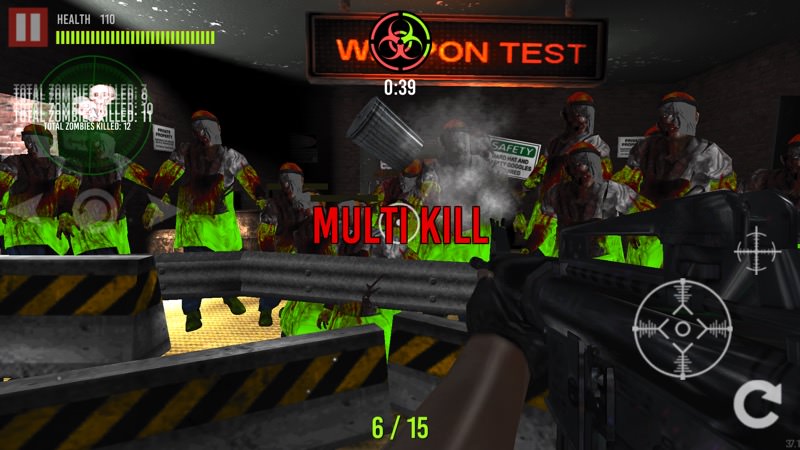 A weapons test area lets you mow down zombies who can't fight back - but might satisfy the zombie slayer in you without risk... 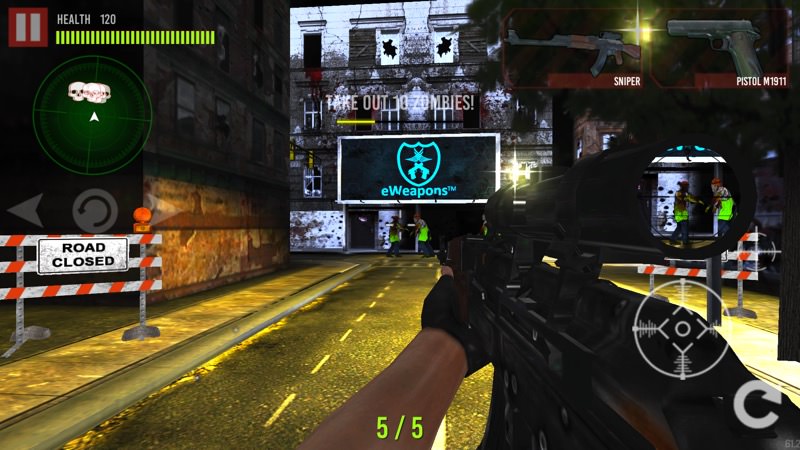 Sniper mode is also safer, but has tight target objectives, so you've got to be accurate... 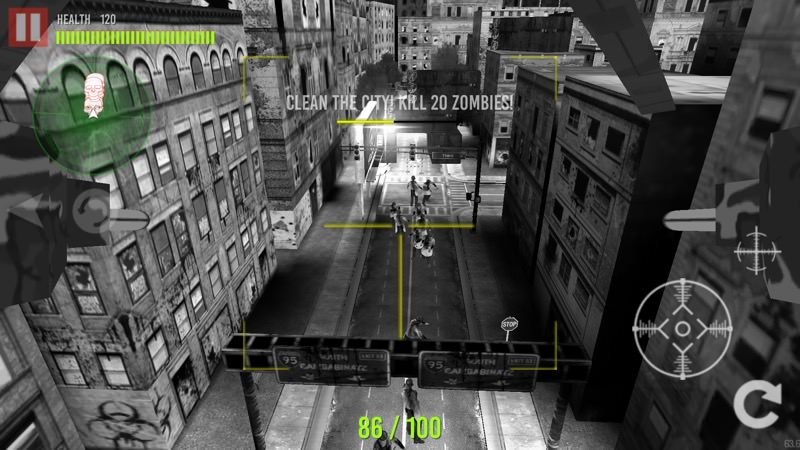 Drone mode sees you hovering safely over the street and mowing down zombies in their dozens - but this mode is, if anything, too easy.

A Zombie Dead City is a freemium title, of course, here in the Store on all Windows 10 Mobile phones (and desktops etc.) It's demonstrably impoerfect and somewhat limited in variety, but at this stage in Windows 10 Mobile's existence, hey, why not? It's certainly worth a download.