Such a shame. I've ranted over and over again in these pages about developers going overboard on the 'in app ads will make me a fortune' bandwagon. (Spoiler: they won't.) And now Adventure Craft Future adds an extra gimmick. You only get to remove the crippling ads once you leave a review in the Store. But, at least on Mobile, you can't even PLAY the game until you've done this. So how can you review it? Plus the link to even do so isn't at all obvious and you have to wait for a pop-up. Sigh. Mega-sigh. Once you get through, the game itself is top notch.

Match similar blocks within the allocated time to progress. Click and drag to form giant blockchains. If you like voxels and minecraft, then this game is definitely for you.

Gameplay involves tracing lines through connected blocks of the same colour/type - and it's all rather fun. Seeing how long a chain you can spot and - in theory - managing the order of tracing chains so that other longer chains come into contact: 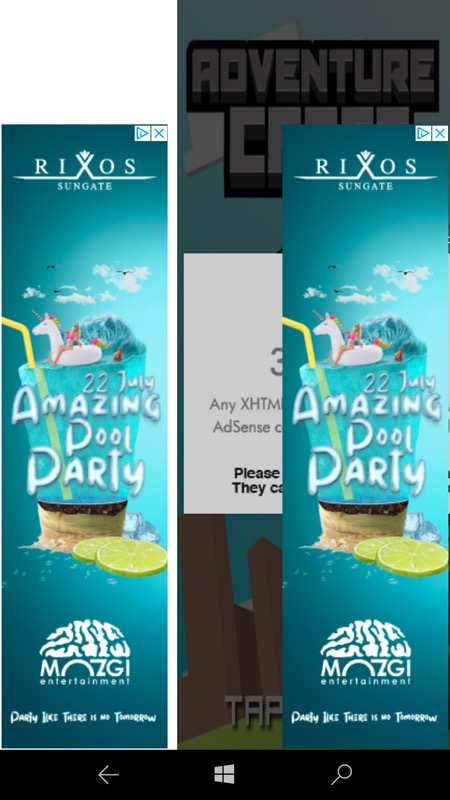 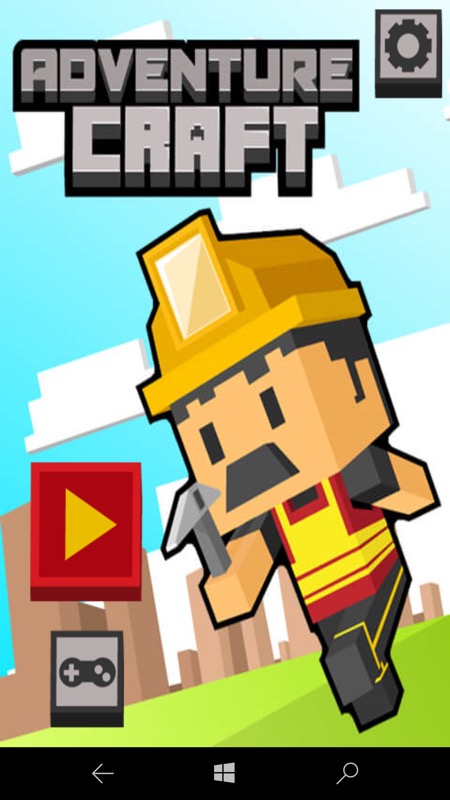 Left, the initial view of the game under Windows 10 Mobile. Fail. After a while and a lot of tapping, you get a prompt to remove the ads by leaving a review in the Store. #facepalm ; (right) eventually you leave a (probably negative) review in the Store and then the game is unlocked and all appears as normal. What a farce though! 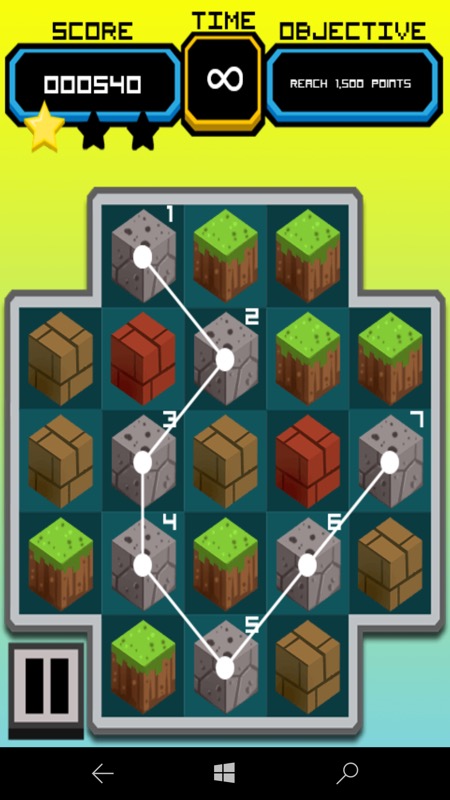 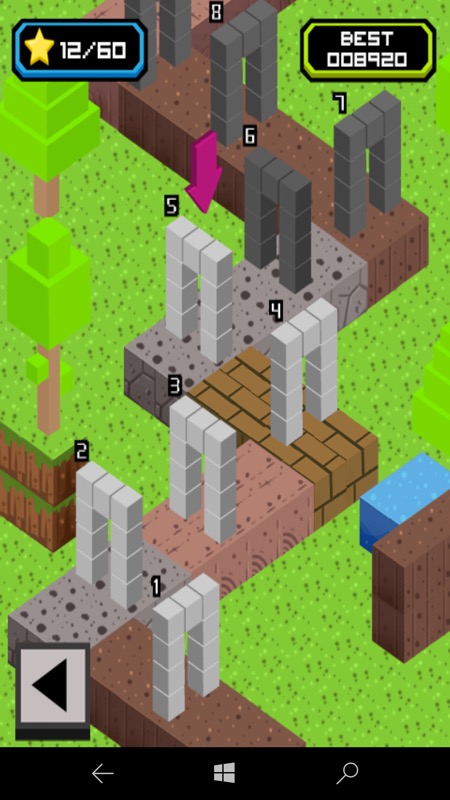 The game is actually really well done - you trace lines through similar blocks and then they disappear, letting others fall into the gaps created. You get the idea; (right) picking a level to play at. 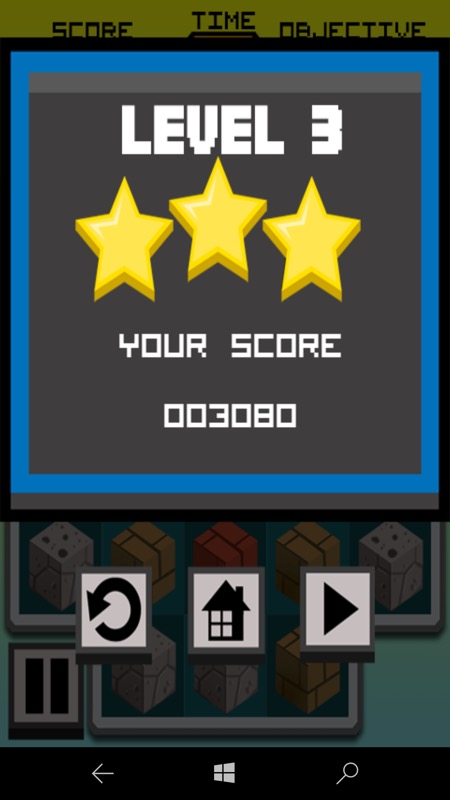 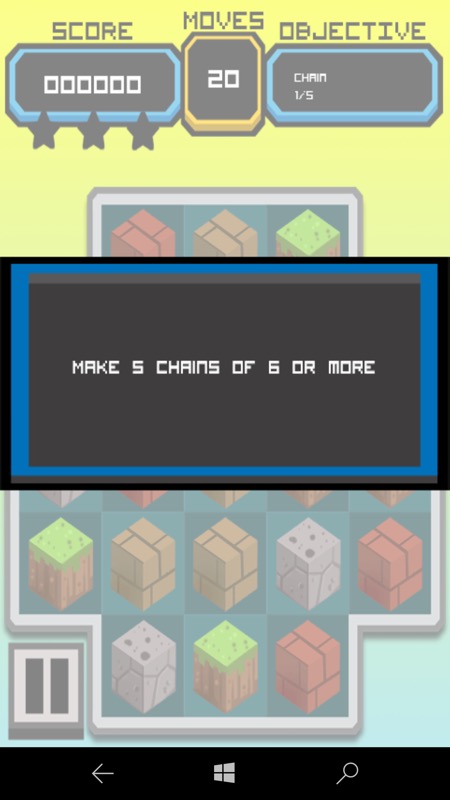 Star ratings for each level in terms of the number of 'traces' you needed to complete the goal - speaking of which (right) every level has a goal that you need to meet in order to progress. And, yes, these get harder!

If the developer is listening, tidy up the initial ad/review system and I'll happily update this review. In the meantime, you can struggle through yourself here in the Store. It's worth the initial few minutes circumventing the review nag and ads in order to get to the game proper!