It seems that Cortana, baked into Windows Phone and Windows 10 Mobile and tied to the search control, of course, has lost access to the relevant server feeds at Microsoft's end. Although it's unlikely that this is a planned cessation, we do know that Cortana is being messed around with rather a lot at the moment, with Microsoft splitting it from 'search' in the Desktop branches. So my guess is that something has changed at the back end and that we won't know whether Microsoft has the will to restore access for Cortana on phones for a while yet.

Under Windows 10 Mobile, news and weather panels are just missing in action, while under Windows Phone 8.1, you get 'Interests aren't available at the moment'. All rather curious, but perhaps not unexpected given the perilous state of Windows on phones mid 2019. You may remember that Cortana lost its music recognition capability last year?

Mark (AAWP reader) has pointed me towards a new Feedback Hub entry for all this, https://aka.ms/AA56yvr (this will open in Windows 10 in Feedback Hub, for you to 'upvote' it). 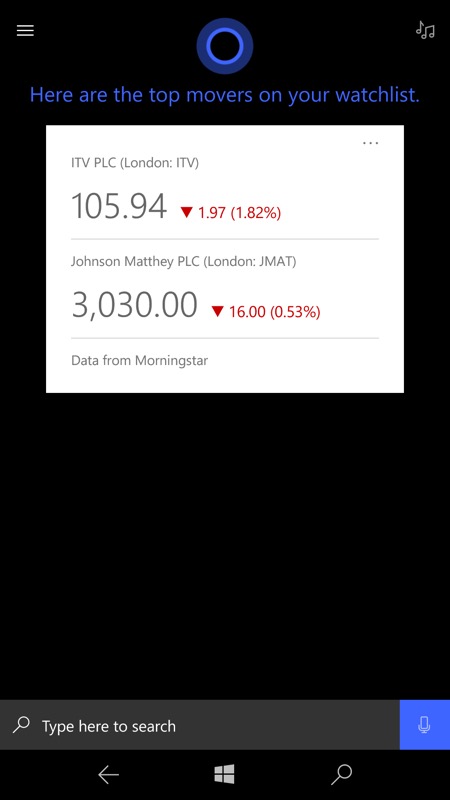 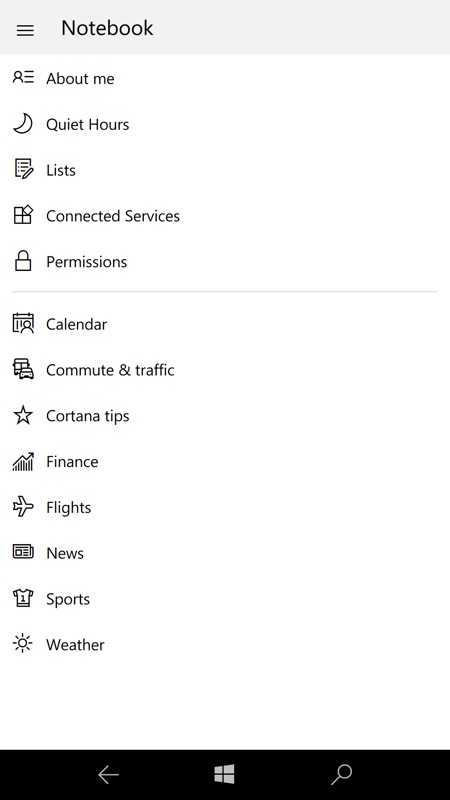 Despite correct settings across Cortana 'interests' in its 'Notebook', all I get today (in the UK) are stock movements. What about where you are?

Data points welcomed then. When did 'Interests' actually fail for you, and what do you think are the chances that they'll return?

Update: this Microsoft help page seems to indicate that 'interests' have been moved for Desktop users to Action Center, with - presumably - collateral damage for legacy Windows 10 Mobile users.