We all have Office on our Windows phones, of course, thought the exact version number of the UWP apps on Mobile is now starting to fall behind. But the chances are that you're a big Office user anyway, on phones and on your Windows desktops, laptops, etc. Which also means that the question posed in the headline may seem old hat - but for anyone coming up to an upgrade of an old Office install on Windows the question's very relevant. Do you go for the annual subscription or buy a one-off boxed/binary in the traditional fashion? The linked article does a great job at making the decision clear.

From the WC piece: 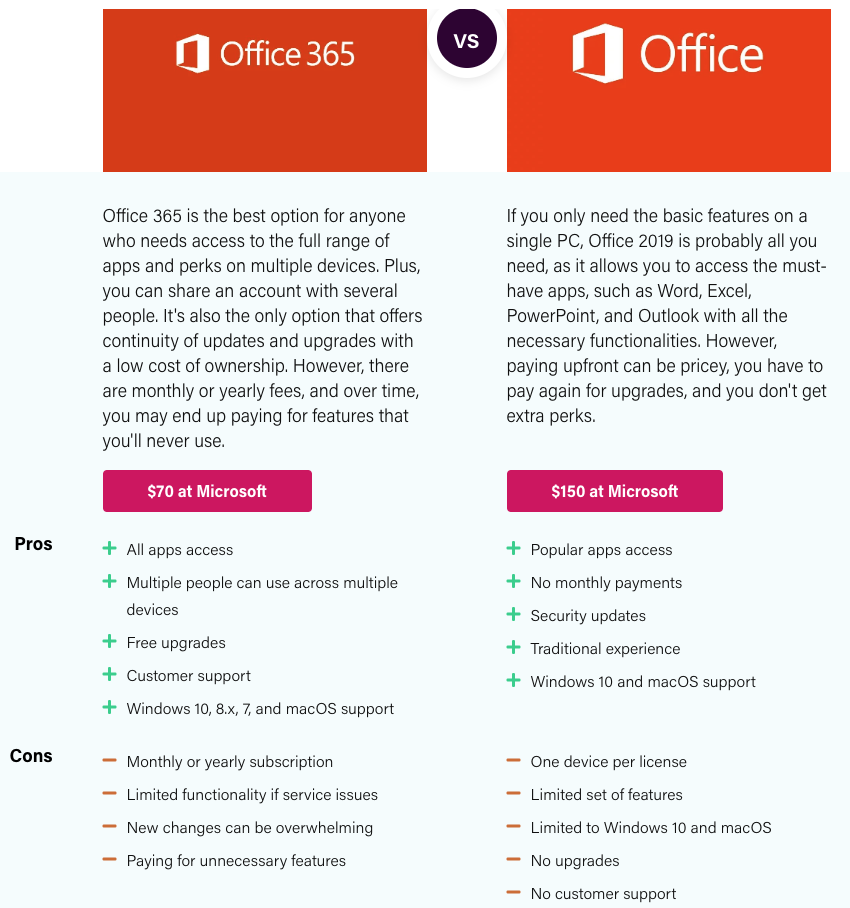 The article does go on to detail all of the above, along with who should buy which version, so do please click through to read it.

In summary, I agree wholeheartedly with the conclusions, that consumers and home users are better off with Office 365 and paying annually (£70 in the UK), while companies and enterprise are often better off with the stability of the bare bones Office installs.

I have been surprised over the last five years, I have to say - I've been very wary of applications which try and foist an annual subscription model on me and my family, but in the case of Office 365 the inclusion of a Terabyte of cloud space is the clincher. I have so much stuff up in my OneDrive now that I'd have to pay extra to store it elsewhere anyway. Plus we have multiple family members using the software all on the one annual fee and given the lack of up front costs it has worked out very well.

PS. As to why use the official Microsoft Office in the first place rather than an alternative 'office' app or simply using online office solutions, I personally could easily manage, but my family, both working in education, need 100% compatibility with the files shared by others, for editing and passing back, rather than 98% - so it's Microsoft all the way for them.

Comments welcome - which Office route have you chosen?