Is the Fitbit Versa 2 what the Microsoft Band might have evolved into?

With Microsoft giving up on their Band wearables, with AMOLED screen, always-on display, heart and sleep tracking, waterproofing, voice assistance, and so on, it's good that other companies have since taken up the slack. The Apple Watch series is the market leader, but you have to use an iPhone for that, so I was pleased to see Fitbit introduce their Versa 2. You'll recall that I liked the original Versa last year - this is the sequel, with a number of good upgrades and a similarity in many ways to what the Band series provided (GPS being the only omission?)

From the GSM Arena write-up:

Building up on the success of last year’s Versa smartwatch, Fitbit just announced a worthy successor called the Versa 2. The new version brings several improvements including an OLED display, Amazon Alexa and Spotify integration as well as a faster processor and longer-lasting battery.

...All Versa 2 variants feature an aluminum casing and now come with NFC which alongside Fitbit Pay allows you to use the watch for contactless payments. There’s also 24/7 heart rate tracking and 50M water resistance which means you’re good to track your swimming workouts.

In addition, it features all the standard fitness tracking modes for running, cycling, yoga as well as new sleep tracking modes. The new Sleep Score function adds a detailed breakdown grade of your sleep patterns based on your heart rate. 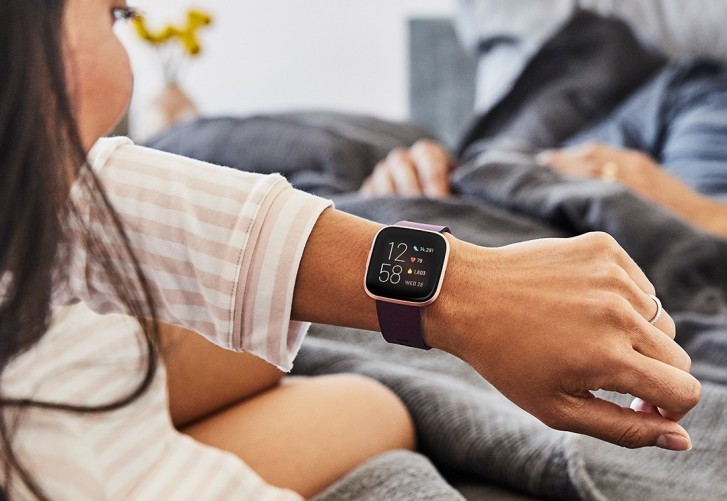 The device also features an Always-On Display which comes in handy for a quick glance at the time, workout progress and battery life. As far as battery life, Fitbit is promising 5 days on a single charge which is a full day more than its predecessor. The Versa 2 only has a single button on the left side which is programmable. There’s still no built-in GPS so you’ll need to pair your phone to track your runs.

Good stuff, and I'm tempted to get this in for review when available. It's currently on pre-order on Amazon UK at £199, with availability in a couple of weeks. It's essentially a standalone wearable, though connecting up to a phone is a good idea. The original Versa could be hooked up to Windows 10 Mobile via the Fitbit UWP application, though it remains to be seen whether the new model will be added in an update. I'll report more on this in due course.

Filed: Home > Flow > Is the Fitbit Versa 2 what the Microsoft Band might have evolved into?