Yes, I know gaming can be sophisticated and glossy - but it can also be primitive and satisfyingly violent. In this case, it's a 'Stickman', so there's no attempt at realism or blood, thank goodness. But you do get to thump a never ending succession of bad guys with some serious boxing and martial art moves (and weapons). Plus, at least at the moment as I write this, it seems there's zero danger of getting sucked into a freemium rabbit hole, since the currency addition and ad-serving code seems to be missing something server-side, meaning that you (or your kids) can play forever and not have to worry about paying or being bothered by ads or IAPs.

You like fighting games and stickman games? This game is made for you! Enter the arena and play as an heroic Stickman. You must fight against your opponents. You must have no mercy against them. To win, you have to kill them all. Watch out ... you'll face numerous warriors. Their big boss will not hesitate to mangle you !

Stickman Fighter Epic Battles is a game of skill and speed in which you will need to string together catches, kicks and punches. Numerous weapons are also available to you. You must dodge opponents or die. The universe of this game makes it truly unique.

I have to say that it's all rather fun, with opponents coming at you in various strengths and combinations from left and right, randomly, and you have just enough thumping power to despatch them all. Get it wrong and you'll run out and get knocked down. 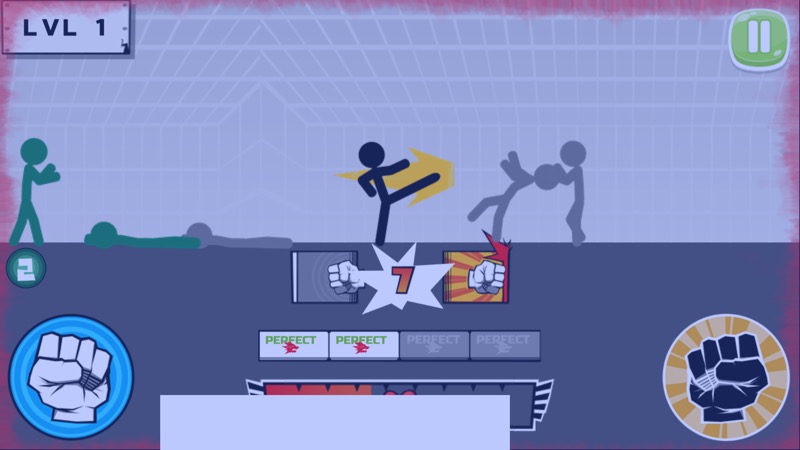 In action, kick-boxing!!! Controls are left and right thumbs, plus the occasional power up control to tap... 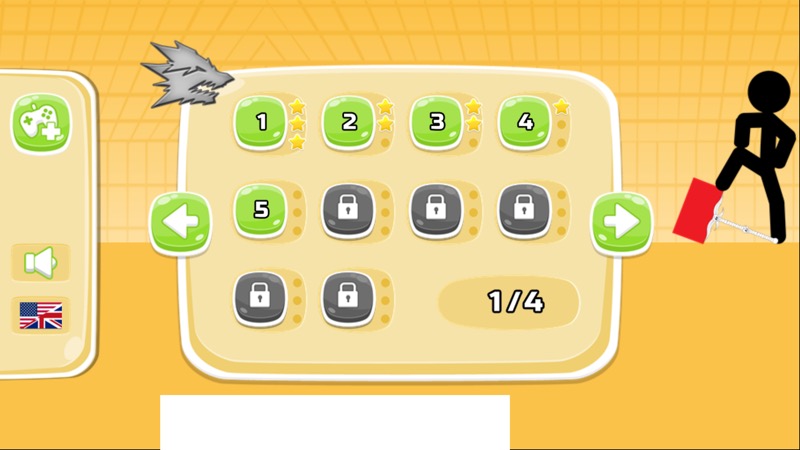 There are around 50 levels to complete, each getting slightly harder - how far can you get? 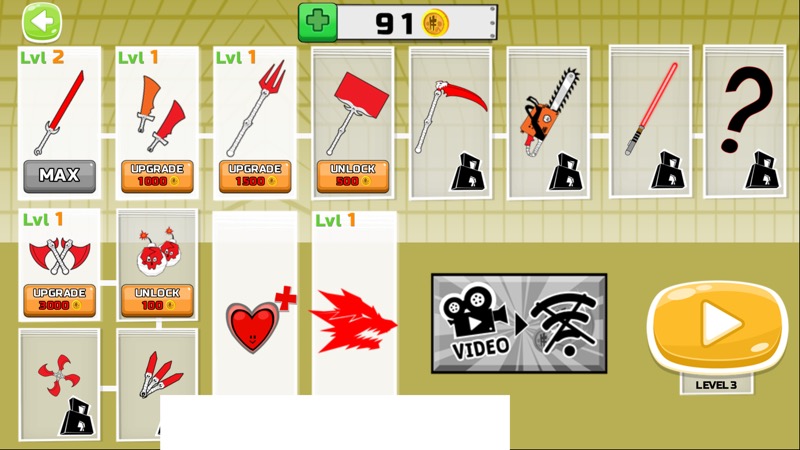 Some of the various weaponry power ups that can be bought with earned in-game currency... 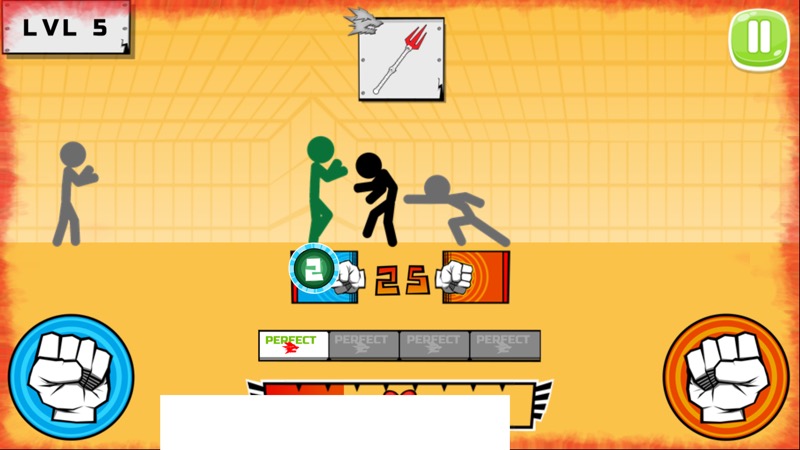 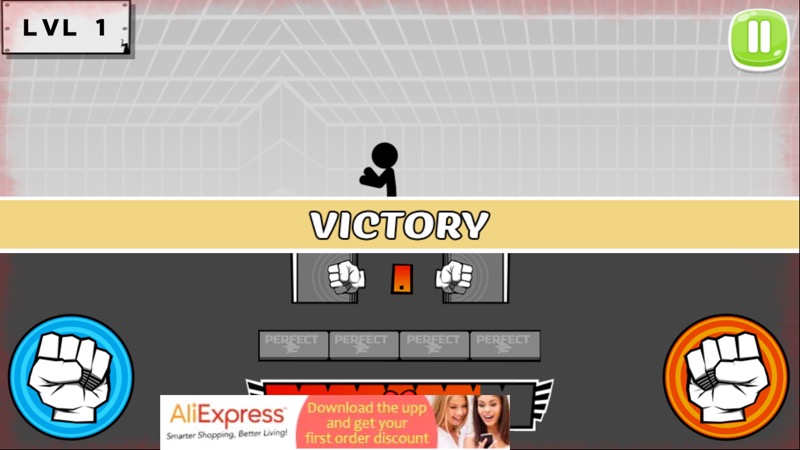 Vanquish a level and you earn points and stars and money and... well, self worth! 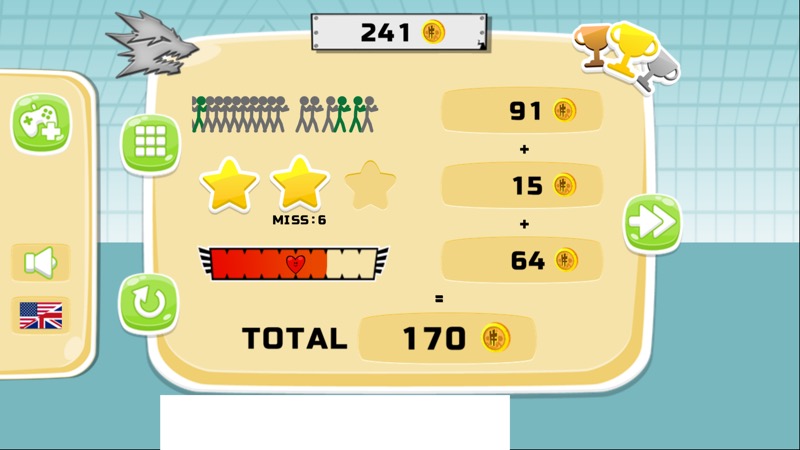 It's all quite well thought out, apart from the aforementioned lack of operation of IAPs, should you want to buy more currency...