I've never really understood the attraction of creating DJ mixes on a small handheld device. Apparently there's a market for it, since there are multiple 'DJ' applications, even for Windows 10 Mobile. But that doesn't make them any good. I reckon a 10" screen is just about the minimum for a sensible UI and fine control of which audio is playing and when. But anyway, here goes nothing...

Also seemingly with an alternative name(!), from the Store description:

DJStudio is a free, robust and powerful party-proof virtual turntable for DJs which enables you to mix, remix, scratch, loop or pitch your music in the palm of your hands. Designed to be user friendly, social and responsive, you now have the keys to mix your music and rule the party. DJ Studio - Free Music Mixer transforms your device into a full featured DJ system. 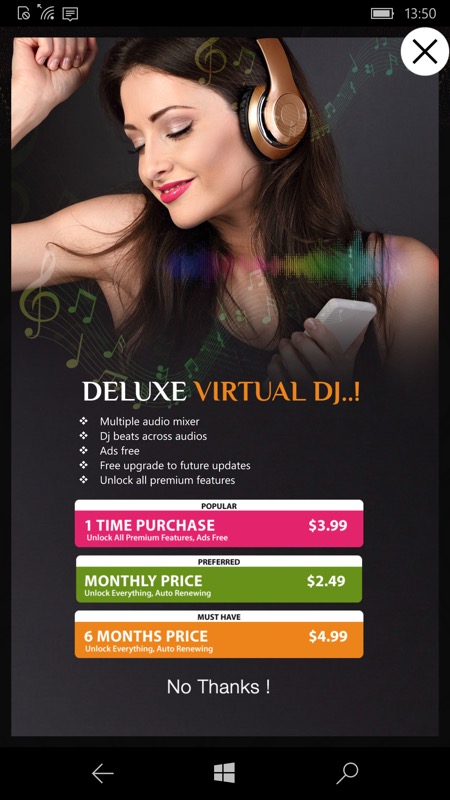 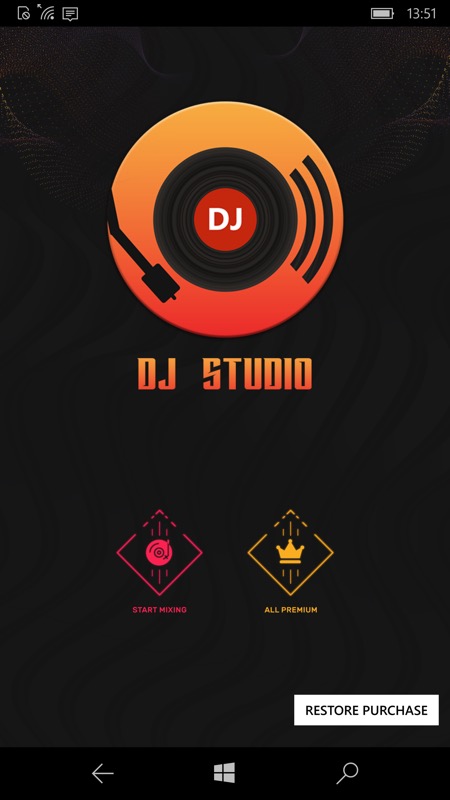 A large 'Premium'/Deluxe nudge on startup, and curiously colourful initial screens, but a much plainer interface thereafter. Odd! 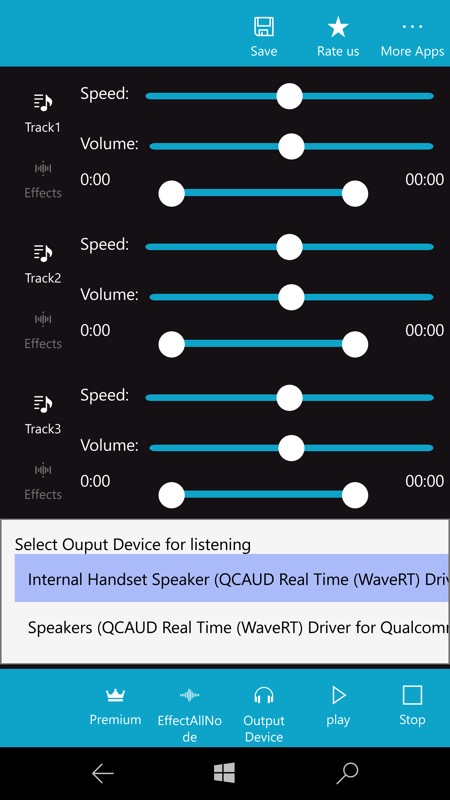 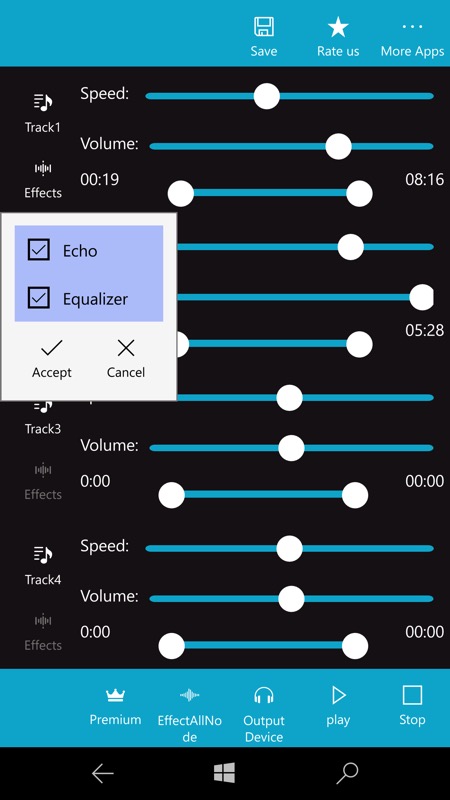 Uh oh, the first sign that this wasn't really tested on Mobile - a choice of speakers. I'm sure there are differences at the programming level for output, but the user definitely doesn't need to see this! (right) individual music tracks (chosen from my music folders on card) can have echo or EQ added, though note that 'Cancel' doesn't work here and you have to tap outside the dialog. All just little signs that this application isn't aimed at Mobile per se. 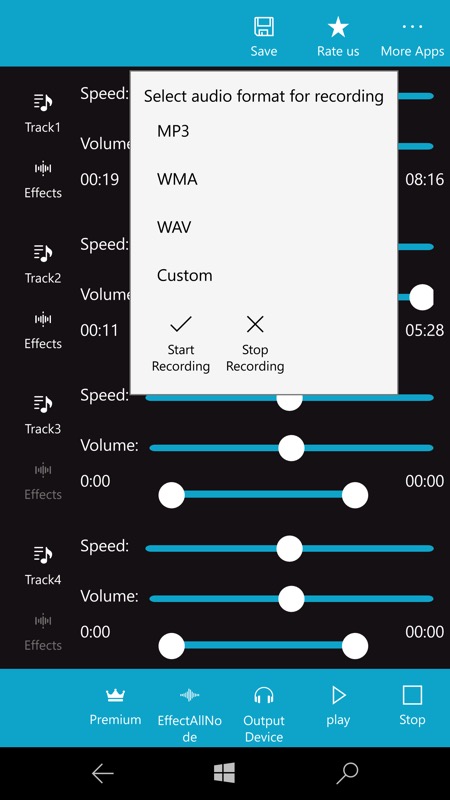 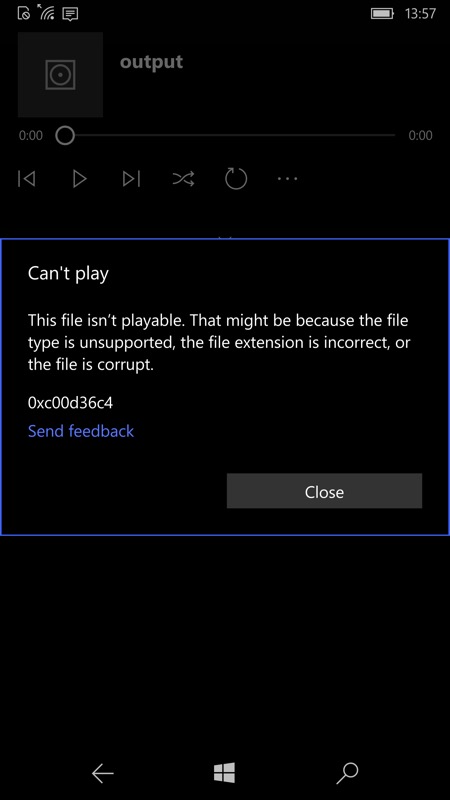 The interface is super simple - perhaps overly so - once you've started a track playing you can't pausr ot otherwise cue it, so it's all hit and miss. The 'scratching' bar lets you fiddle with sync and you can successfuly use sliders to adjust playback speed and volume, but it's all a bit clumsy. Then, before recording some mixing, I opted for MP3, only to finally have the output rejected as an invalid music file.

I'm sure this works better on a Windows laptop - which is, after all, what a mobile DJ might be using? You can grab it here in the Store, it's a free download, though note again a 'Premium' version with more features if you want to persist with the idea.