Microsoft is apparently not going to deliver any Windows 10X devices in 2020, so there goes the Surface Neo before Christmas. The cause is quoted as Coronavirus and general resource problems, but feeling in the industry is that timescales on Windows 10X were slipping anyway. You'll remember that Windows 10X is the next-generation stripped-of-legacy code OS that will power hybrids and laptops from 2021, with far better battery life than traditional hardware. From a mobile perspective, the legendary Surface Phone Duo is still on track, in fact, still coming early, with my guess being October availability.

My contacts say that Chief Product Officer Panos Panay informed some of his team internally today, April 8, that Microsoft wouldn't be delivering its own Surface Neo dual-screen 10X devices this calendar year. In addition, Microsoft also won't be enabling third-party dual-screen Windows devices to ship with 10X in calendar 2020, I hear.

Microsoft's new priority is to get Windows 10X on single-screen devices first -- which could be good news for those who were hoping that Microsoft's 10X push might help the company in its Chromebook-compete effort. (Single-screen devices means both 2-in-1-type form factors and traditional clamshell-type devices.)

I am hearing Microsoft is not saying that it plans to delay its Android-based Surface Duo to some time beyond this holiday season.

...In January 2020, Microsoft began rolling out developer tools for its dual-screen Surface Duo Android phone. Just yesterday, Panay made available on Instagram a photo taken with the Surface Duo.

Plus we're seeing more and more Microsoft execs sporting Surface Duos in public, for example here yesterday. The momentum behind dual-screened Android with Microsoft launcher, services and apps is growing. Given that it'll end up coming with Android 11, I'd expect eventual availability as October 2020, to tie in with that OS's availability. 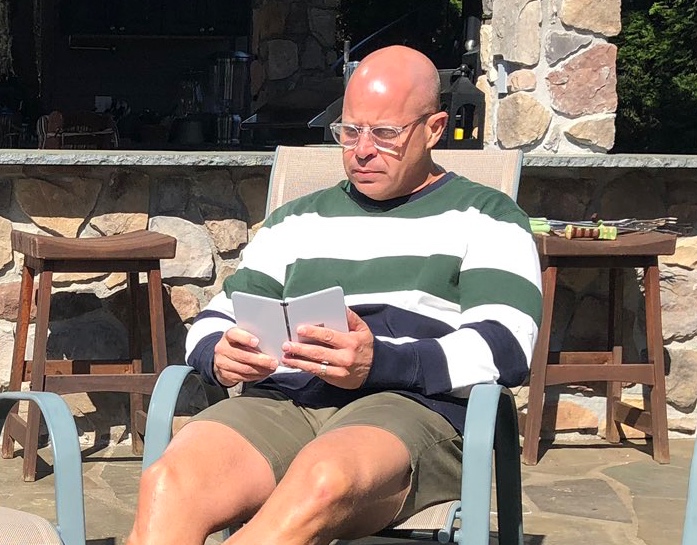