I did say in our guide to apps and services on Windows 10 Mobile that some of the older of the latter were going to stop working in 2020. And Netflix is now in that number - most of us with Windows 10 Mobile had been using the old Windows Phone 8.1 application which - amazingly - still worked until last week, a full three years after 'End of Support' for the platform it was built for. But no longer, something has broken at the back-end (i.e. changes on Netflix's servers) and users on Windows 10 Mobile now just get an error message. Farewell Netflix, we'll catch you on other platforms!

Here's what happens if you try to install and launch Netflix now: 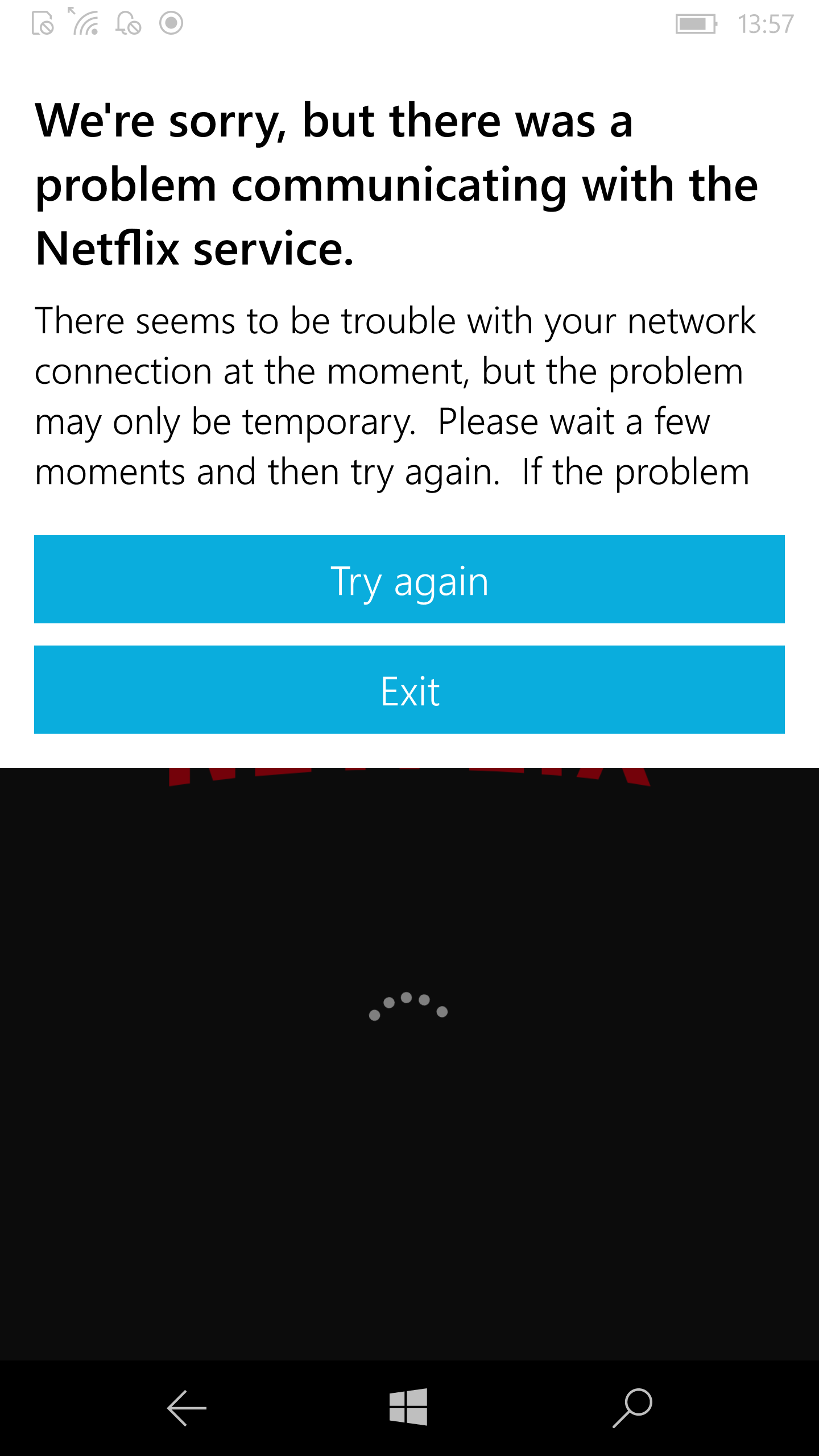 All a little sad, though the writing had been on the wall for ages and Netflix had shown no sign of coming up with a true Windows 10 UWP application, even when Windows 10 Mobile was fresh and new.

Will the issue get fixed? Don't hold your breath on this one...