When the Lumia 950 line launched with Type C charging in 2015 it was somewhat ahead of its time - very few other phones used this new connector option. 5V at 3A was the quote from the specs and there were hints of 'Power Delivery', a new multi-voltage, multi-current system that was rolling out. Yet as the years rolled on, we discovered that the Lumia 950's 5V/3A maximum wasn't actually fully compliant with the 'PD' standard. Evidenced here by a new mains charger (here in UK format) that offers Type C PD output - plug in a Lumia 950 with a C-to-C cable and the phone starts charging - and then stops - and then start ad infinitum. The electronics clearly don't like a modern PD implementation.

Having said that, the iSmart USB-A port delivers 5V/3A with ease, and would go up to 12V/1.5A (so 18W) if needed, so my standard charging cable charged the Lumia just fine. Interestingly, there's no mention of Qualcomm's Quick Charge technology, though the fast charging voltage ranges covered are very similar. The whole point of the iSmart system here is that the hardware works out what the other device can accept and then adapts, but if the thing you're charging adheres strictly to the 'Quick Charge 2.0 and 3.0' protocols then the whole affair might drop back to 5V/3A again. Which is a pretty good lowest common denominator, even in 2020. 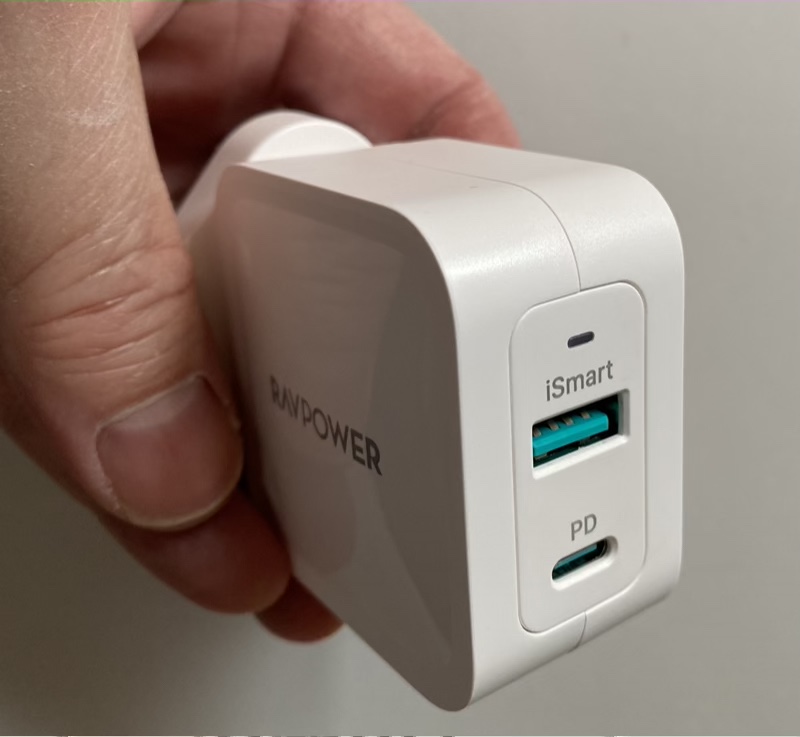 The PD port then is pickier than the USB-A one. And dramatically more capable if you own something that uses PD with an appropriately rated Type C-to-C cable, up to 65W, which is just about the most powerful mains charger I've ever seen that has ports (i.e. hard wired laptop chargers and the like supply more, but under far tighter restrictions).

Here's the small print on the charger's side, magnified: 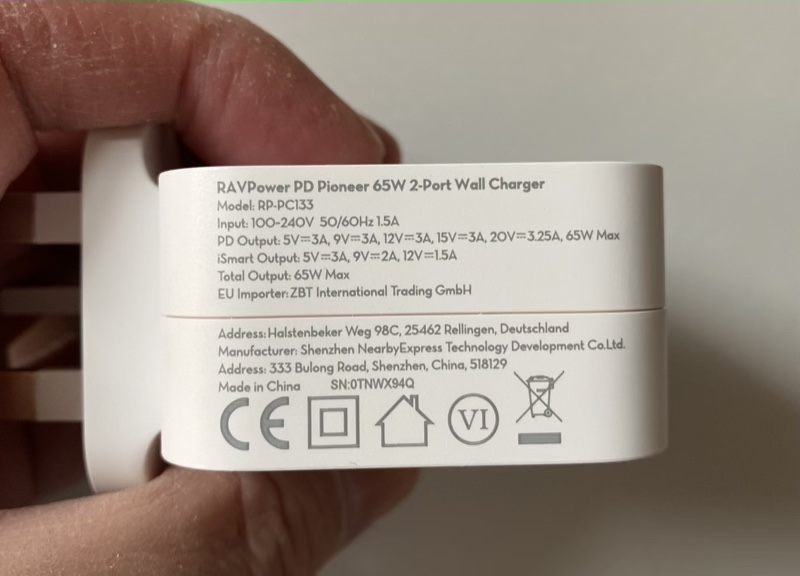 So what does use PD? Some Apple Macbooks, some hybrids, some Razer laptops. I'm guessing that you'll know already whether your chosen mobile computing has Type C Power Delivery as an option. In which case this is probably a super (and smaller) replacement for your manufacturers wall plug/adapter. 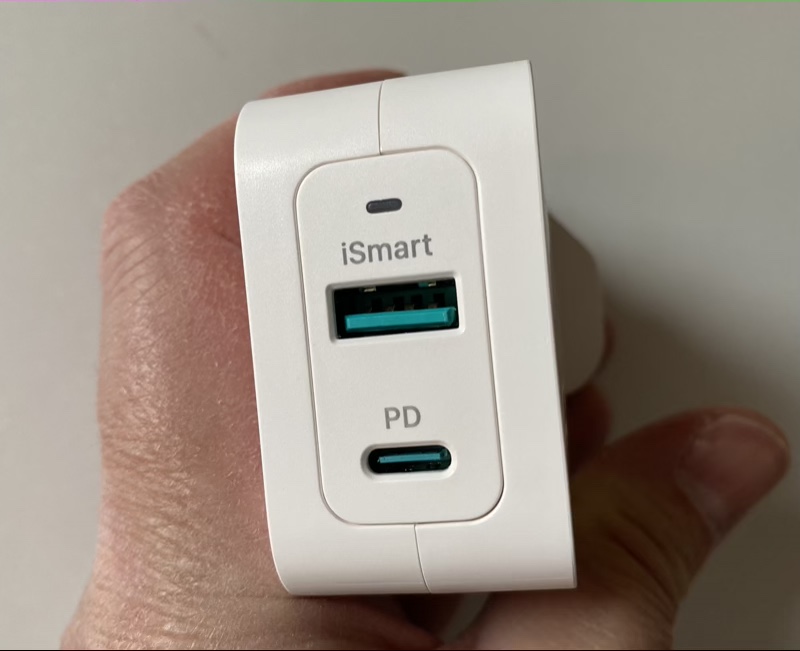 I loved the clean lines and design - apparently it won't overheat even at 65W due to proprietary technology, but unfortunately I don't have a single piece of hardware which can really push the PD port to test this. Maybe in the future? After all, the point of grabbing something like this is to be future proof in terms of charging what you might have next year, etc.

As I update this mini-review, at £32 it's excellent value. Plus, given the Apple Mac use case for Type C PD charging, note that the Apple equivalent is much more expensive at £69 - and that only has the one port, whereas this has the whole iSmart string to its bow, as it were. Very nice.