The official Twitter PWA is not just served to millions worldwide over the web, it's also served as part of the official Twitter application for Windows 10 Mobile. And it just got itself yet another big server-side update. Lumias get to join in the fun, etc. See below for the official changelog and some screens/comments.

Here's the official changelog then (not all of which applies to Mobile):

Plus a load of bug fixes, too many to list here!! Some screens of some of the new stuff in action: 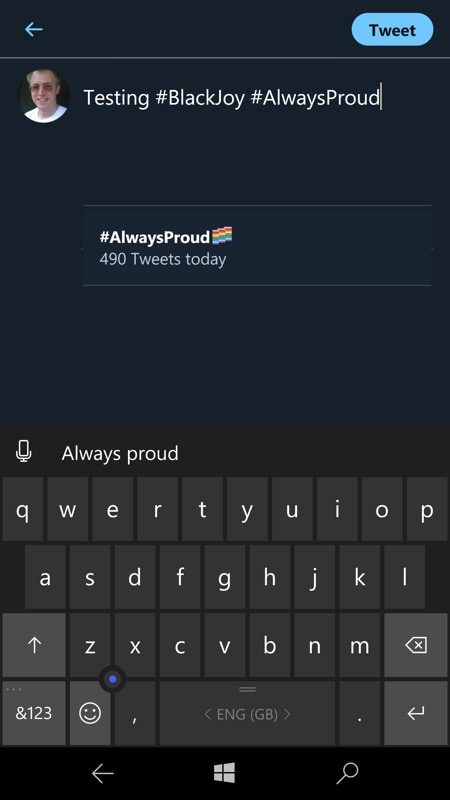 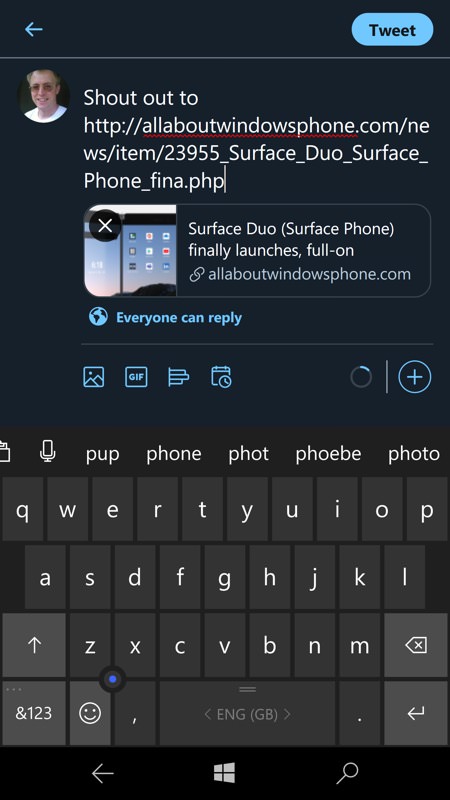 Auto-adding of animations and stickers on certain 'hot' hashtags; (right) auto-preview of the 'cards' added for URLs... 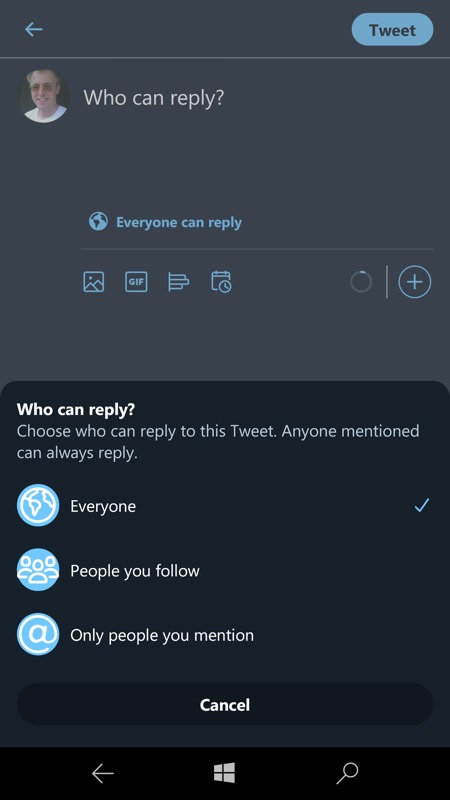 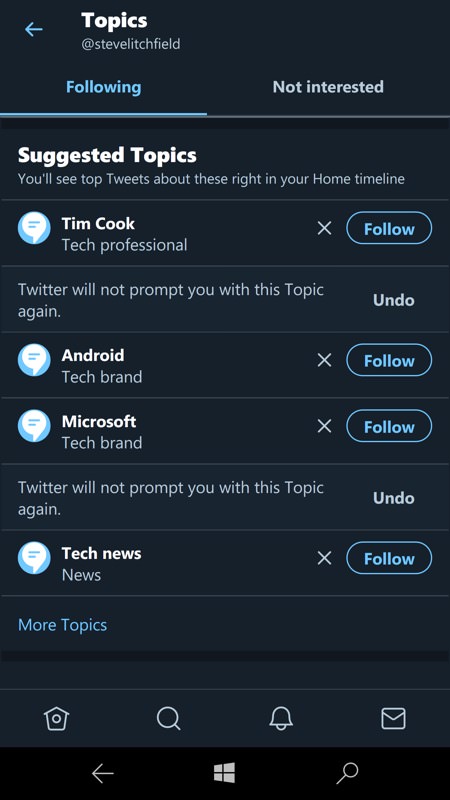 A new feature on Twitter, you can now restrict who can reply to one of your tweets; (right) dismissing some of the suggested topics from Twitter...

Although most of this works fine, I did notice one bug when using the PWA under Windows 10 Mobile - having started composing a tweet, there's no way to back out without actually sending it. Oh well - most of the time this is what you want to do anyway!

This is all server-side, so there's nothing you need to do, but if you don't already have it, then you can grab the Twitter PWA-ified UWP client here in the Store.