Replacing my Microsoft Band 2 is... the Zepp E?

Back in the day I loved my Microsoft Band 2, a high contrast AMOLED screen delivering loads of fitness data while fielding just the most important notifications and lasting multiple days on a charge. It fell into disuse in late 2018, long after Microsoft discontinued the project, mainly because it could sync with less and less applications on my phones, but I still have it here in my cupboard. Here, I wanted to put in a quick link-of-interest to my review of the Zepp E (from Huami, the people behind the Amazfit smartwatches, among others), which has many of the same characteristics as the Band 2, the main differences being the form factor (watch, not band), the SpO2 sensor, and that this is new and fully supported for the future! 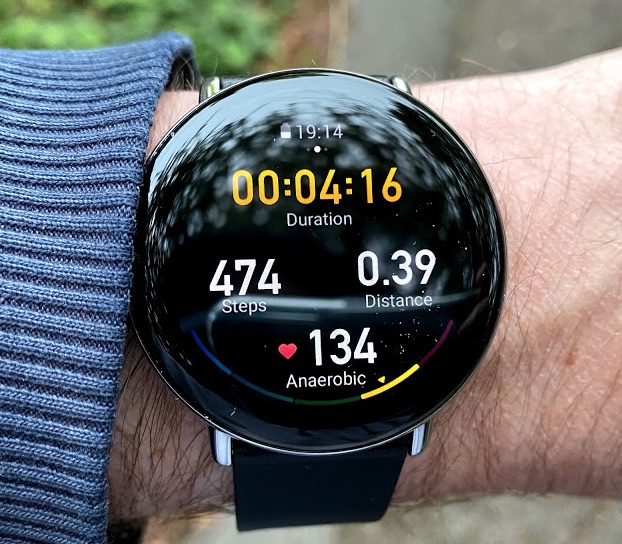 From the intro to my review:

Despite the much-publicised failures of Android Wear and the equally publicised successes of the Apple Watch series, the smartwatch/wearables world is still exploding - almost everyone seems to be experimenting with some form of band or watch - and I'm no different. Although I'm more a smartphone guy, I've tried a number of wrist options. The Fitbit Versa got very close to my perfect wearable (I reviewed it here) but ultimately the tension of a band on my wrist wasn't something I could stand for multiple days at a time unless there was a single huge benefit.

The arrival of the Zepp E, made by Huami, also makers of the Amazfit range, presented quite a benefit though:

And from the conclusion:

As a fitness smartwatch, the Zepp E is competent though expensive, given that there are many 'bands' which provide the same functions at half the cost. So a lot comes down to the SpO2 functions, almost unique when the Zepp E was conceived, still unusual when the Zepp E appeared for review, yet now present in an Apple Watch, following the launch last week, meaning that more and more manufacturers have been scrambling to mimic this feature set.
The Zepp E scores well in terms of looks, scores competently in terms of functionality, but I can't help but feel that there's more that could be done in software. In particular, the alternate UIs of swipe-down, swipe-up, scrolling apps, quick access apps, workout functions, and so on, could all be simplified and rationalised.
And I'd really, really like to see SpO2 readings on the watch faces. I get that measuring this while the body is in motion is too hard, but there are many times in the day when I'm sat down having a rest, watching the news, talking to someone, on the phone - there are time windows when a sneaky SpO2 measurement could be attempted rather than having to rely on manually remembering to do it or waiting for reports of sleep breathing the next day.
Caveats aside, and with the disclaimer that I received the review sample for free, the Zepp E is still a recommendation, especially if you want a smartwatch that has classic, slim looks - the stainless steel, single crown and quality leather strap are all striking. By all means look at the sister smartwatches in the Amazfit range at slightly lower cost... but they won't look as cool on your wrist.
The Zepp E is currently just over £200 on Amazon UK.

You can read the full review here.

PS. No, you can't use this for anything other than basic Bluetooth music control on Windows phones!