Playing YouTube videos in a third party application has never been trivial, even back at the dawn of Windows Phone. Microsoft tried it and got shut down hard by Google. So for the last four years (at least) it's been down to small third party developers reverse engineering YouTube's streams, dodging API changes, and ripping parts of HTML5 pages, as needed. Every few months, YouTube changes something and breaks the clients and then we await fixes. And here credit to Chococode, whose Awesome Tube client has adapted quickly each time. Don't get too excited in terms of new features, but keeping nimble, functional, and compatible is most of the battle at the end of 2020!

Good stuff - Awesome Tube continues to be one of my top picks for browsing, managing and watching YouTube under Windows 10 Mobile. As ever, a few screenshots to illustrate: 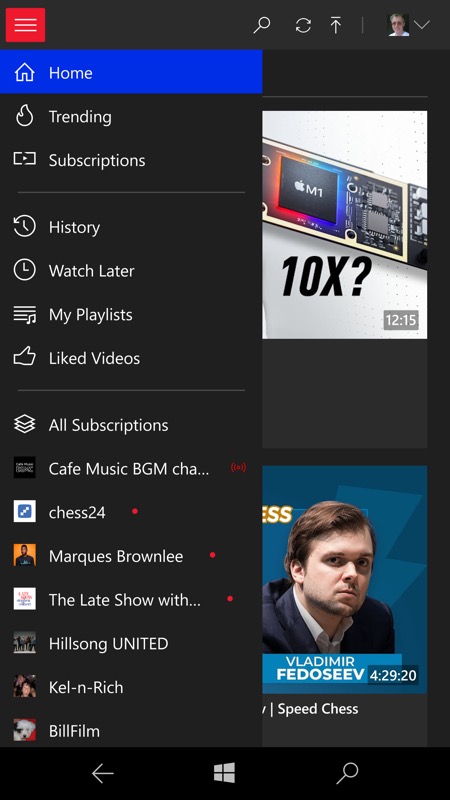 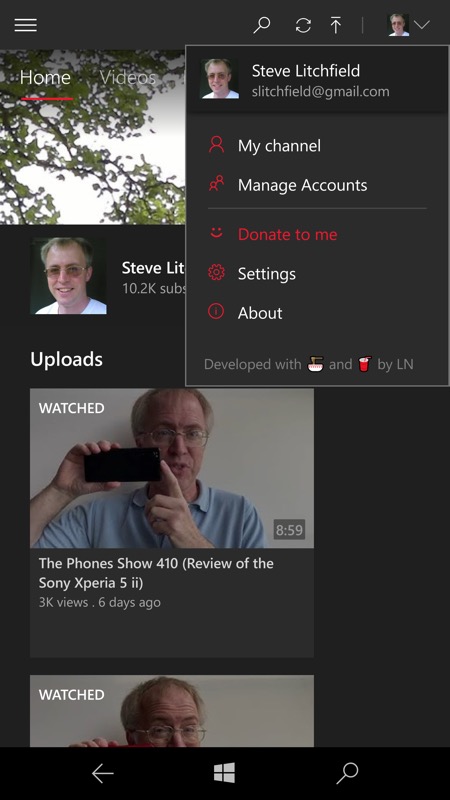 Signed in and with my subs, favourites, recents, and so on, all available. Full YouTube compatibility all round. 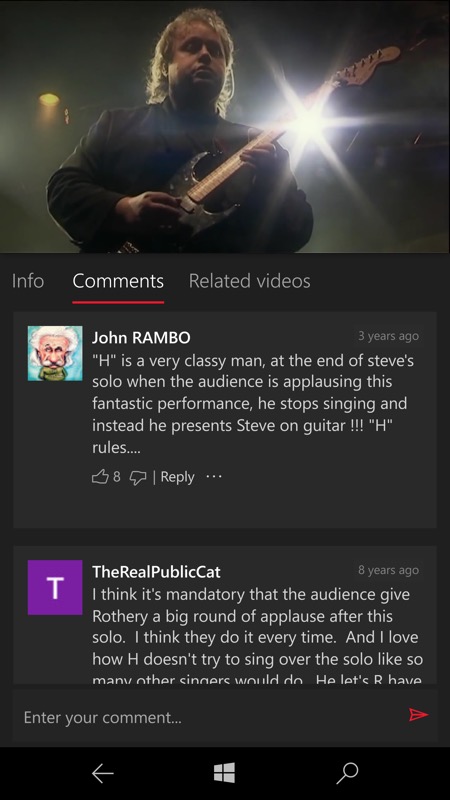 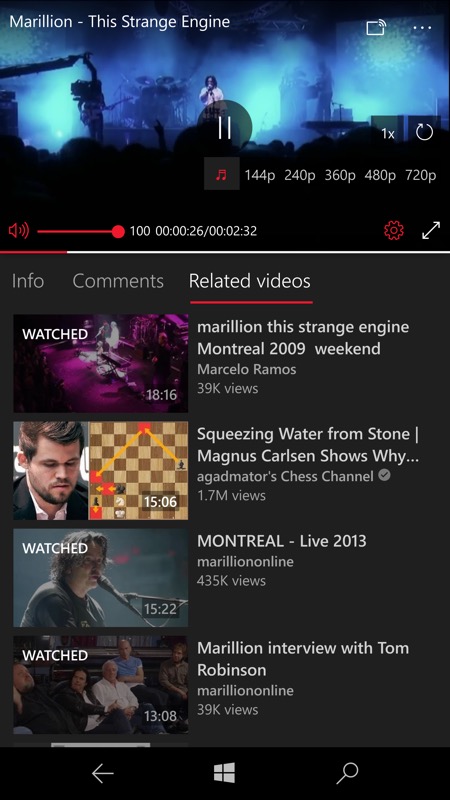 Enjoying a music video... It's worth noting that, unlike the YouTube clients on iOS and Android, you don't have to pay Google money to get background playback of music videos - it's all baked into Awesome Tube UWP. If you ever want to 'go background' just tap on the playback screen and choose the music note icon then switch away!

You can grab Awesome Tube UWP in the Store here - removal of the in-app adverts is a small In-App-Purchase. Look, just pay up and buy the developer a small cup of coffee - show your support for continued UWP app development for Windows 10 in general!