Another Surface Duo 2 take, from WC!

You've read my full review of the Surface Duo 2 almost a week ago, but it's possible you want more, this time going into specific benchmarks and covering Xbox Pass gaming - in which case I'll point you towards WC's editor, Daniel Rubino's review, now up. It's fair to say that there's a certain Microsoft bias in his coverage, as you'd expect given the site name, but even so he's still not 100% convinced and issues plenty of 'it's not there yet' caveats. From the intro to Daniel's review:

In late 2019, Microsoft surprised the world with its grand idea for a modern pocketable computing experience with Surface Duo, a phone with two displays that resembled a digital diary. A year later, that device hit store shelves with a thud. Buggy software, a high price, and severely lacking hardware made it nearly impossible to recommend except for the bold early adopters and risk-takers.

Based on ideas from years earlier, the Duo 1 was meant to be a pocketable Surface that ran a version of Windows, not Android. The concept was later salvaged as it was "converted" to an Android phone in a last-minute Hail Mary. If you wonder why there was no NFC, a lousy camera, no 5G, an old CPU, well, there you go.

So, what happens when Microsoft can completely redo the hardware knowing it's going to be a flagship Android phone in late 2021? You get Surface Duo 2 with Android 11 (an OS slightly more optimized for the dual-screen experience).

The good news is Surface Duo 2 is a giant leap forward in the concept. It is more impressive than ever with a triple camera array, 90Hz curved displays, NFC, 5G, and the potent Snapdragon 888. The software is also better — faster, snappier … and generally less buggy (more on that later).

At $1,500, Surface Duo 2 is still going to have a tough hill to climb to convince the masses to take the risk, but at least this time, it plays the part, even if it's still not ready for the mainstream.

Notice that Daniel only used the 'p' word once in there, 'phone', an indication that the Surface Duo and Duo 2 aren't necessarily meant to replace a traditional smartphone. I tend to agree, whether in the business or consumer sphere, the Duo concept is clearly there to provide a UI and functions which can't be fulfilled by a traditional candy bar smartphone, while accepting that the latter does a lot of other things better. So then it comes down to whether you want to carry around two devices, I guess...

As far as its place in tech, Surface Duo 2 sits between a phone and my Ultrabook. That's its value — think of it as a pocketable laptop. When I have it, I'm far less likely to hop on to the PC to do work, manage socials, chat in Slack or Telegram, etc. Toss in reading (Kindle) and gaming (Xbox Game Pass, Gameloft), and you have a new way to experience the modern digital wonders.

I still believe Microsoft is on the right track with Surface Duo 2 and the theory that some people prefer a device like this. I'm one of them; I love the darn thing. And Duo 2 goes a long way in making up for the outdated specs and missing features found in the first version. As a fan of the concept, Surface Duo 2 is what I wanted for specs and design.

Where Microsoft is failing is the software and support. True, Surface Duo 2 is launching in a much better state than the first iteration, but people who bought Surface Duo 1 are still waiting on Android 11. That's simply not acceptable. There are also the bugs, occasional software glitches, and some missing animations with Duo 2 that many people will find off-putting. And what about Android 12? Is it going to be another year before Surface Duo 2 gets it? The company has a lot to prove to win over consumers and even fans.

Which all sounds about right - the Duo 2 is a gorgeous bit of kit that I want to own - and yet, in a household with laptops, tablets, and - yes - phones, I'm not entirely sure why I'd need it.

I'd also point to the ways in which the Duo 2 has sacrificed some of the original's vision, in terms of being able to fold right back, in terms of using one screen as a viewfinder with the device folded, in terms of absolute thinness. It's clear that tradeoffs and compromises are still very much the order of the day with these form factors.

Read on in his full review. And do read back to my own Unboxing gallery and full Phones Show/'All About' review. 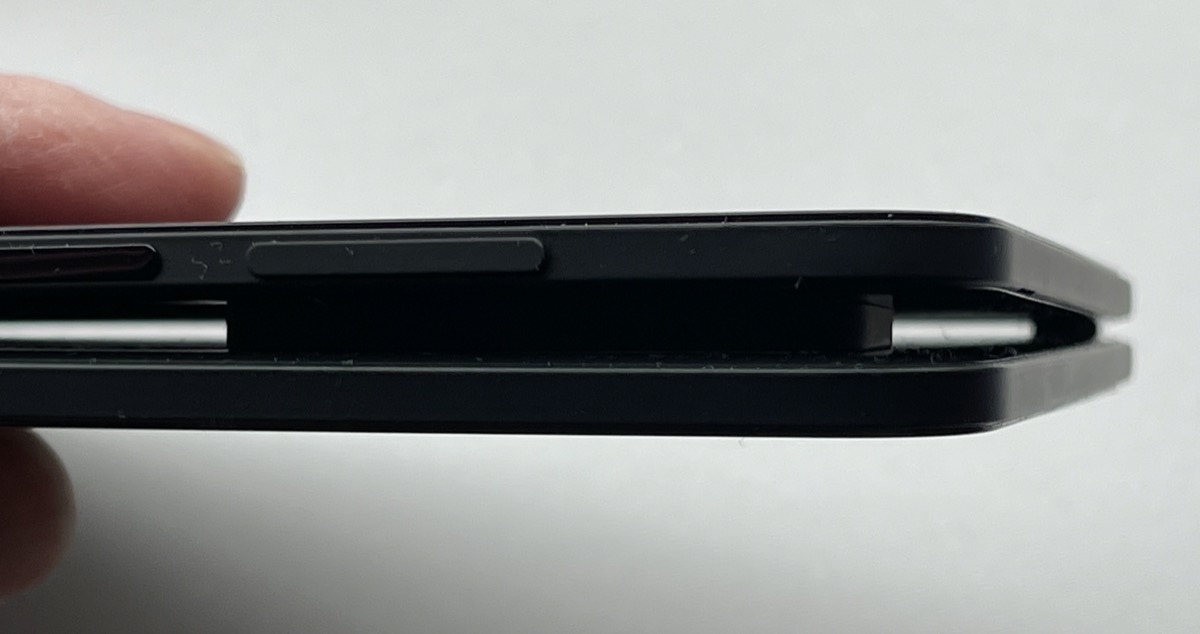