Technology: losing the 'Sense of Wonder'

Take a look at the slab of high tech in your hand. Are you struck by a sense of wonder that it's so compact and that it can do so much? I am. But then I'm old-school, coming from a generation for which things could do a whole lot less. For someone under (say) 20 years of age, there's a completely different attitude to technology in general and to mobile technology in particular. Is losing one's sense of wonder at how things work necessarily a problem? Or could a new attitude to technology promote higher standards of expected quality and reliability from manufacturers? 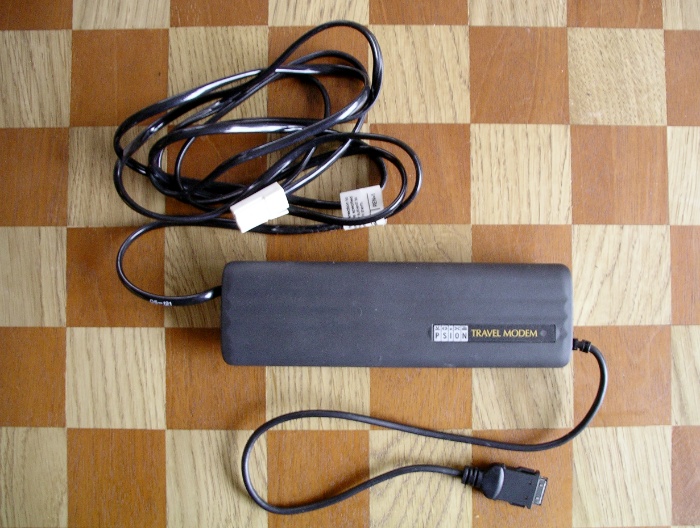 To use the time-honoured phrase, "Back when I were a lad...", dial-up modems had only just been invented and I was routinely connecting up to mainframes from remote 'terminals' at 2400 baud, i.e. 2kbps. Hard disks were very rare and I remember supervising the installation of a freestanding 16MB system (yes, I said MB, not GB) that consumed a couple of kilowatts on its own. Mobile phones hadn't yet been invented - in any size.

All of which put me in an excellent position to observe the technology world maturing over the next 30 or so years. Coming from a world where almost nothing existed, technology-wise, and very little worked without a lot of effort, it has put me constantly on the defensive when it comes to high tech. Quite simply, whenever I needed to connect machine A to peripheral B or to log into service C or boot palmtop D, I was bracing myself for something to go horribly wrong and accessing my long term memories for possible solutions and workaround to all possible problems.

This approach lingers, even today. I don't relax until that progress bar hits 100% or until I see all the little green lights glowing or until a device has proven itself to me by staying 'up' for weeks at a time.

Quite simply, I retain a sense of wonder that all this technology works at all.

It's magic, isn't it? How on earth can my phone be streaming video from a server in California while I'm sat on a park bench in the middle of nowhere. This is, quite simply, incredible.

In contrast, to take the example of my daughter's generation (so young teenagers), she's grown up knowing broadband (and wireless) Internet all of her life. Similarly mobile phones and mobile data. They're as ubiquitous as air, electricity and water. Nothing to see, nothing special going on. And, because there's no appreciation whatsoever for the historical non-existence of these technological aids, their default position at every stage is to expect everything to 'just work'.

When the Wi-fi doesn't connect to a teenager's laptop instantly, there's a cry of "It's not working!". Followed, inevitably, by a "OK!" five seconds later. I understand that it might take the laptop's OS a few seconds to get itself hooked up with Wi-fi and negotiate the appropriate protocols and encryption (and even then I marvel that it's all taking place so quickly), but the modern user doesn't and subsequently gets frustrated because it doesn't happen 'instantly'.

When a modern user clicks to 'upload' their latest photo to Facebook and gets fed up after 15 seconds because it's "obviously not working", cancelling the process and doing something else instead, I think "But you've just taken a 5 megapixel photo, it's 1MB in size and you're only on vanilla 3G connection, so even going as its fastest it's going to take at least 30 seconds". There's little appreciation for the facts and figures, for the nuts and bolts of technology anymore.

In a corporate context, I'm often hearing of users complaining that their "email is slow" - when a system manager looks into their case, they've usually accrued something horrendous like a 10GB Outlook PST file, of which a substantial portion is made up of those 'fun joke emails with videos', stored multiple times as they get forwarded around the office....

In recent times, we've heard lots of young trendy tech heads complaining about the speed of Symbian's current Web browser. I've tried it on the sites they're saying they want to visit. Web does indeed take 45 seconds to download and render such a page. But that page is typically a Megabyte of HTML and Javascript code - that's up to a million characters of code to download and then 'parse' (i.e. read through, work out what goes where, how every element is supposed to look), plus another Megabyte (again, another million bytes) of JPG photos to download and decode. Plus, often, various Flash objects of similar size. That's going to take a while to sort out. 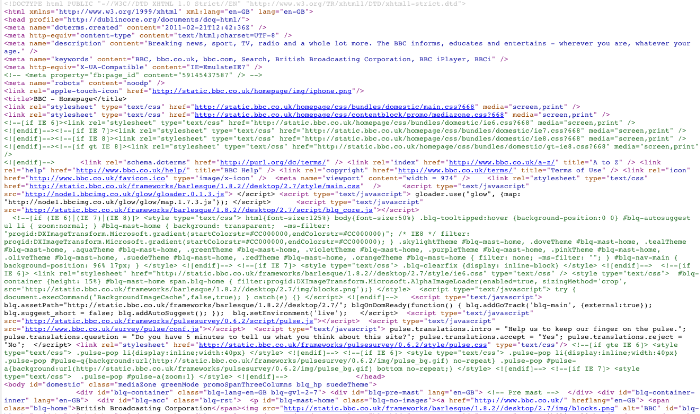 The first one percent or so of a modern web page. 99% still to download, interpret and render! Oh, and in the next three seconds please.

My 'wonder'-filled brain estimates about five minutes. What, Web can do it in 45 seconds? That's quick, at least by the standards of the past. But the World Wide Web that 'Web' was designed for, back in 2005 and 2006, is not the same Web that we have nowadays. I know it's a rant I've come back to several times already, but with ubiquitous broadband for all (see above), there's simply no concept of efficiency at the web design stage any more. Engadget's 'full' home page is around 4MB. Even the BBC's new home page is 1MB or so. And much of all this is, at the end of the day, bloat. Sadly.

So the industry has ended up with smartphones with 1GHz CPUs and even dual core processors and graphics accelerators - in our phones - to be able to do all the downloading and number crunching needed to handle these 2011 web sites faster, so that 2011 web designers don't have to worry about efficiency and 2011 users don't have to wait too long for their page renders to appear.

But I digress. We've established in the preceding paragraphs that I'm an old 'fart' (to use the usual English expression). However, there is an upside to there being little sense of wonder.... My generation is used to things going wrong. We sigh, we tut, we fiddle around ourselves and as a last resort we contact the manufacturer to beg them to sort things out. My daughter's generation has a very different attitude. If something's not working as expected then it goes back to the manufacturer. Or, more usually, the shop (and thence to the manufacturer). Straight away. Either way, if something gets made with less than excellent design and build quality, the user finds the problem and lets the manufacturer know about it. 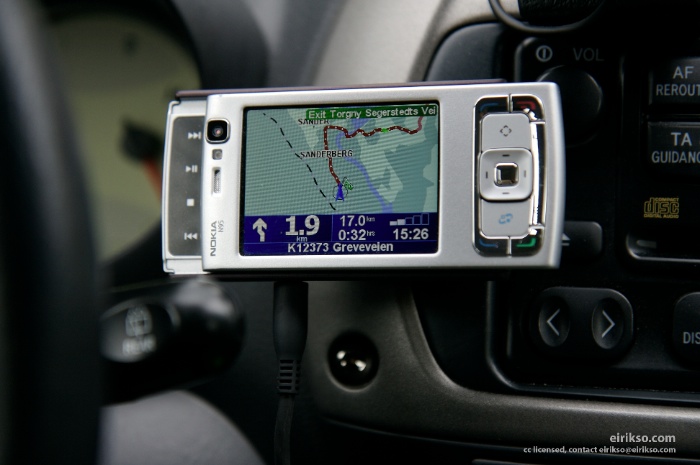 Not that I didn't enjoy it in a macabre sort of way - this is me, you know? - but such an extended 'beta' launch of a device in 2011 would be laughed at. Just look at the reception the N97 had in 2009 - a modern equivalent to the N95 classic in terms of underspecified processor and disk resources that completely defied the high specification level of the general device. The N97's first three months were no worse than the N95's first nine, yet the latter is hailed as an all-time classic phone and the former is reduced to being sold in online bargain bins (and £100 on eBay, which is where I got my black one).

Two years on from the N97 and young tech users in 2011 are even less tolerant of bugs, of resource problems, of mechanical defects. If something's not working properly and not providing a certain level of decent experience, then it's returned and it's off to the next model. Or, usually, to the next manufacturer and even to the next mobile platform. With most user data now in the cloud and with most functions involving online access, the old headaches about shifting data from device to device are becoming a thing of the past. So there's little of the device lock-in that we experienced four or five years ago.

All of which puts extra pressure on smartphone manufacturers like Nokia to get things 'Right First Time'. It's not going to be easy, but the 'wonderless' generation will expect nothing less.

Steve Litchfield, All About Symbian, 18 March 2011 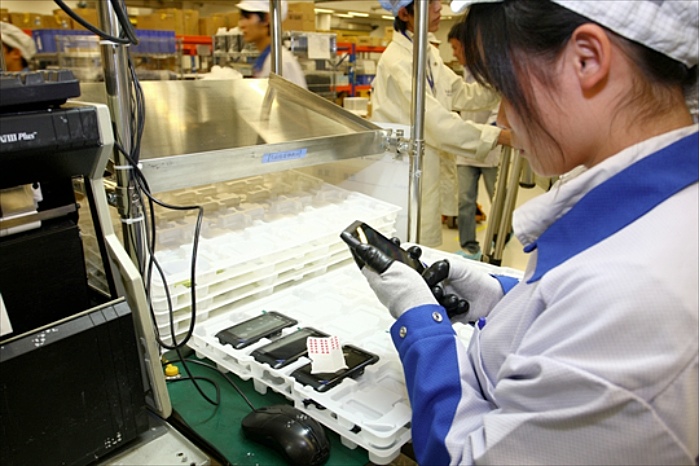