Have you seen the number of applications that are little more than a list of website articles? Or launch a bookmark? Or are yet another eBook reader of the Project Gutenberg text of A Princess of Mars? Why are they all still flooding every mobile app store on the planet? Because I think, secretly, the stores love the spam.

To be fair, some of these applications are useful. All About Symbian has one of Nokia's "RSS driven" applications sitting in the Nokia Store - it's a simple matter to build these apps with Nokia's wizard, and any half decent coder is going to be able to build a "read RSS, show stories, link to website, display some in-app ads" template and start churning out these applications for other platforms, throwing them into the stores, and watching as your countless applications take over the "newly released" and "top ten" lists. Which pushes legitimate developers out of the slots that give the initial push to the app (and income to the developer). 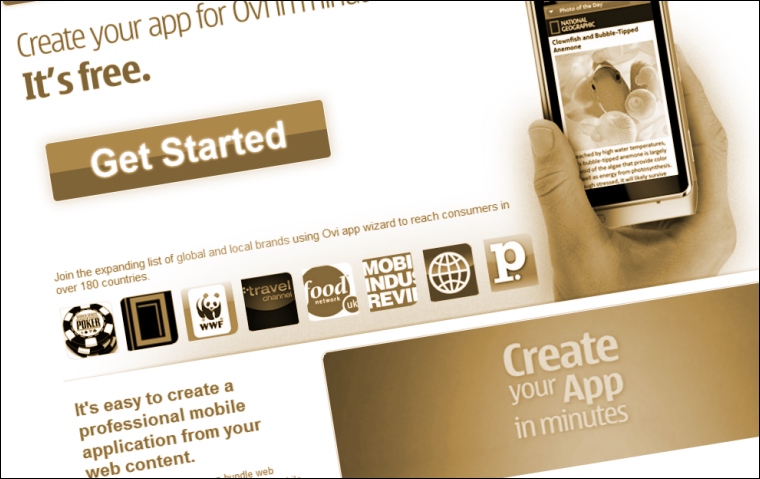 Of course, the management behind the stores can see all this going on, so the question is not why the publishers are doing this, but why it still happens with little management restrictions? The various application stores are a key plank in mobile strategies, providing personalisation to a user's smartphone, allowing them to customise their phone so it works for them. Why would you sacrifice these individual moments to boost your platform's app portfolio ?

If you're the leading store (which, depending on the metric used, is likely to be Apple's iTunes App Store) then the constantly growing catalogue shows that you're still number one and people love your device. If you're the close challenger, you need every trick in the book to keep the momentum up (and avoid people looking too closely at your patent portfolio...), so you're going to open the floodgates and pour everything in to get close and overtake the numbers so you can proclaim Android to be the best.

And then there are the smaller platforms that need the PR boost. Nokia have constantly been cagey over the number of apps in the Ovi/Nokia Store, avoiding the direct comparison fight in the press, while Microsoft have been taking the opposite approach and releasing numbers to show that Windows Phone is on the up and developers can pick it up, knowing there is an audience.

So the rise of the shovel-ware app, be it an RSS reader, repackaged eBooks, or one of countless template apps designed to show lots of adverts and not much else, will continue. It might prove a poor experience for end users, but it's a goldmine in the overall press war. When you are in a global media war, you want that big number for the press release, the PowerPoint, and the ten seconds you get on a news bulletin.

The fact that the average person is only going to need the functionality of around ten to fifteen applications, and maybe one new game a week, feels immaterial at the moment. "Won't they just look through a few search screens to get what they want?" is a dangerous mindset to be in. But right now it's all about the big numbers, and if lip service needs to be paid to the increasingly dodgy applications in the stores to get the numbers up, so be it. It's impossible for end users to relate to these numbers, we just want to know if we can find the latest Angry Birds level or Web 2.0 companion app. And that attitude is being exploited by both the stores and the spammers.