No pressure, but... (Xenon and the rise of the REAL camera phone)

More of an observation than a rant (though see below), but the rise and rise of the REAL camera phone puts quite a bit of pressure on us geeks, whatever mobile OS we currently favour. You see, the theory is that "the best camera is the one you have with you" but in practice all smartphones aren't created equal in the camera department and that has unforeseen social repercussions.... 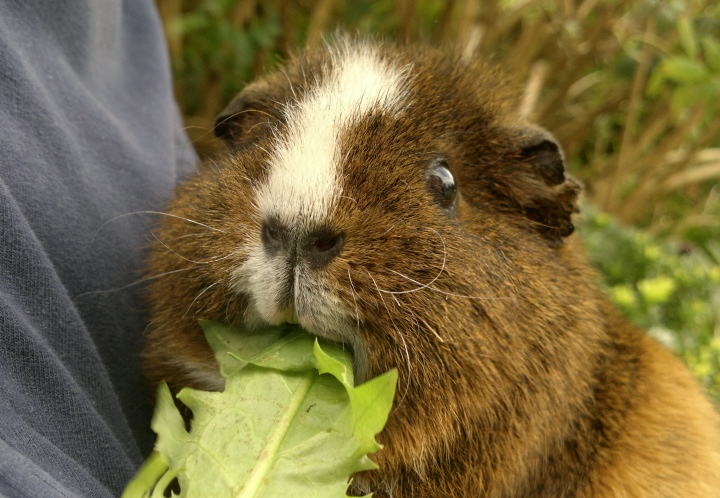 Given the usual subject matter of 'family members'  and 'friends' (i.e. human beings), the only one who gave their permission for use in a photo on this site was the guinea pig... 8-) Also, the guinea pig is cute. Oh, and the full 12 megapixel version of this N8-taken photo has unbelievable detail. Just sayin'...

After a day with relatives, I'm asked by family members if I could send them my photos of the various (cute) nephews and nieces. "What's wrong with the photos you took?" I ask, knowing that each family member also has a smartphone. "Oh, we never bother taking photos anymore because we know you do it and yours are so much better!".

I was a little dumbstruck. Really? Non-geeks were recognising that all phone cameras aren't created equal and that there's a vast gulf between the best and the worst, whatever the megapixel count might suggest? Is it possible that my comments on sensor size and type of flash are finally being heard?

But maybe this was a one off. A week later, at my parents house we went out for a lovely country walk. Halfway round the circuit, I asked my mother where her Olympus camera was. "Oh, I never bring it when you're here, because your phone always takes far better shots!"

All of which puts discerning camera-toting smartphone geeks under a certain amount of pressure. Both to live up to the reputation of whatever we're rocking (in my case, a Nokia N8, but a camera-specialist Windows Phone device from Nokia surely can't be too far away?) and to produce the photos that others in our family trees will be printing and sharing for months to come.

Gulp. Can you handle the responsibility?

If the camera in your smartphone is good enough, of course, the photos will be good. It's hard to take a bad photo on the aforementioned N8. Ditto the Samsung Galaxy S II (unless it's very gloomy, indoors).

I commented a while back on All About Symbian, in a Christmas article, that  "one day you'll look back and be glad you had an N8", referring mainly to the 'proper' Xenon flash and the way LED-flash-equipped smartphones really struggle to capture moving people (e.g. kids) when the light is anything other than very good.

That comment is still very valid and, in fact, puts enormous pressure on those of you without Xenon flash in your smartphone, because your friends and relatives know you have a top camera-toting smartphone and they expect great results. And when you show them your party shots and they see blurry, out of focus faces they're going to be rather disappointed.

Here's to the rise of the REAL camera smartphone. I'd argue that the first such was the Nokia N82. Before that we'd had the Samsung Pixon12, the Sony Ericsson C905 and K850, for example, all of which were strictly dumb 'feature' phones. But the N82's mission was perfect photos, whatever the conditions. Perfect for those pressurised social moments - I've heard so many testimonies from people for which the N82's camera and Xenon flash saved the day.

In the wider smartphone world though, with hundreds of models and hundreds of millions of sales, these handful of smartphone models (most of which didn't sell in vast quantities) are a drop in the bucket. 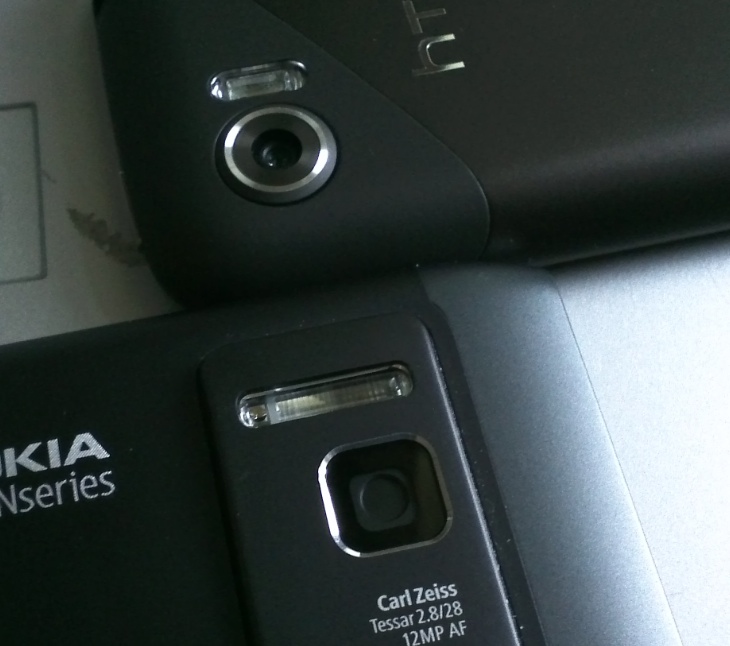 The HTC 7 Mozart, running Windows Phone 7, and the Symbian-powered Nokia N8, each showing off their flashes and lenses

General phone users have got disillusioned and just don't realise

Cynics will point out that, despite my recollections of family member being able to 'tell the difference', most people haven't been making a bee line for Xenon-flash-equipped, decent-sensored smartphones, instead preferring to choose models based on screen size or mobile OS. Which is fair enough. It's just that I don't think 'most people' do actually realise that smartphones can have 'all weather' cameras. I think that after hundreds of uninspiring shots from the various events they've attended with their current smartphones, the general populace still thinks that "photos from a camera phone will be OK as long as the sun's out" and that they sneak along a real camera to parties and events, something with a decent sensor and a real Xenon flash.

Which is my bone of contention - there's absolutely no reason why we can't have our cake and eat it. Smartphones - 'converged devices' were originally supposed to replace our cameras. The fact that they haven't for many people is the fault of manufacturers for lacking the courage to put in proper hardware that will delight people, whatever light conditions they have at their celebrations.

It's not rocket science

Here's to the rise of the REAL camera smartphone then. The Nokia N8 is a great example (whatever you think of Symbian), the HTC 7 Mozart (whatever you think of Windows Phone) tries hard but ultimately underperforms. And... there's nothing else currently announced that can compete with the N8 in all conditions.

Filed: Home > Features > No pressure, but... (Xenon and the rise of the REAL camera phone)