Last week I was Armenia. If you must know, it was for the Junior Eurovision Song Contest, but what's important for this site is what I thought of the Windows Phone I had with me (it was the Nokia Lumia 800, if you're keeping track). I've been using this handset for over a month now, so this isn't a full on review, more a personal list of things that still make me go "hmm".

I suspect most people will have a similar list in their head, and I'm pretty sure it will be slightly different to this list. So let's put aside the big ticket items and look at the 20% of the 80/20 rule. What needs just a little tweak to make Windows Phone a nice place to be?

Like all good lists, lets go in reverse order:

5. Sort out a database of internet providers

This probably harks back to the Nokia/Symbian days. When you pop a new SIM card into those phones, all the internet setting, MMS addresses, SMS text centres and a few other configurable things are automatically set while booting the phone. As a frequent traveller still carrying SIMs for each of the main networks to keep costs down, having to re-enter the APN addresses feels so... 2003!

HTC have a solution to this on their devices in the standalone app Connection Setup. Surely this is low hanging fruit for Microsoft to get the technology and database into the next build of Windows Phone and help every customer have a smoother set-up experience? 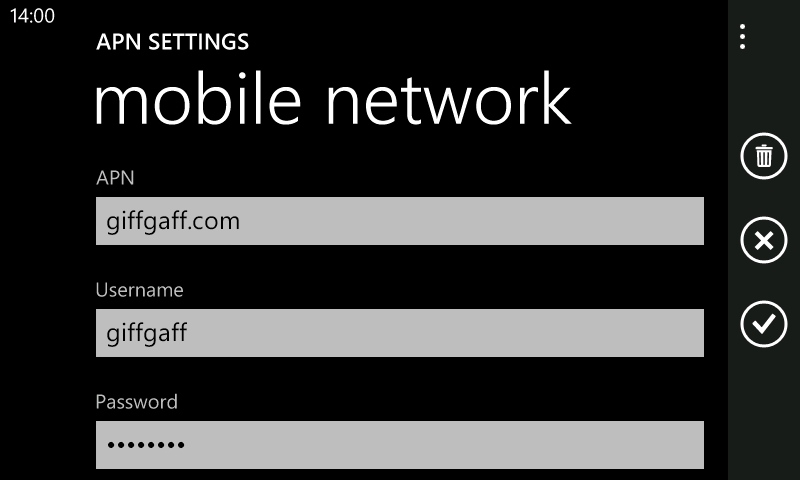 4. When and how shall my phone go online?

Most noticeable while travelling, but with the return of data-limited mobile phone plans, it's more important to know that you are using Wi-fi when it is available, and making sure that any data (especially roaming data) is limited as much as possible.

I'm more than happy to let my smartphone's OS decide what to do in the background, apart from this issue. I want to know when it's going online, what option to use, and to be able to know the connection is dropped. Even a priority list that I can reorder would be nice. There are times I want to go for a 3G connection rather than Wi-fi. [you'll be wanting a Symbian phone, then... Ed - FX: ducks...]

While we're at it, can we please have a data counter on our smartphones so we can see when we're getting close to bandwidth limits? 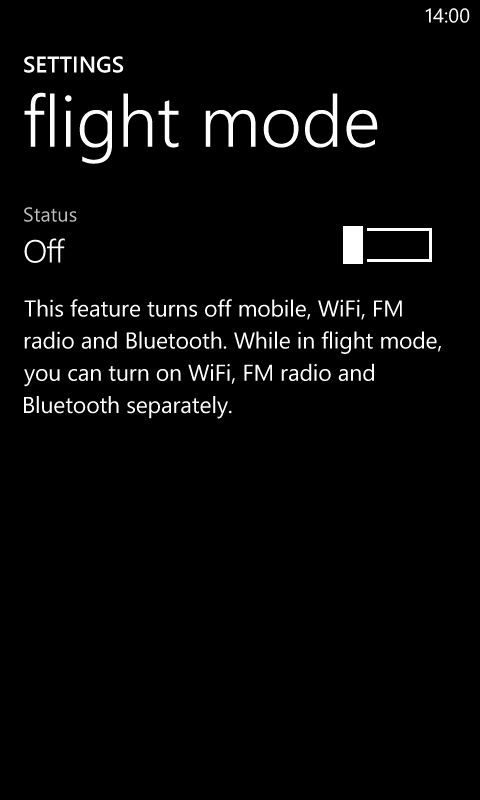 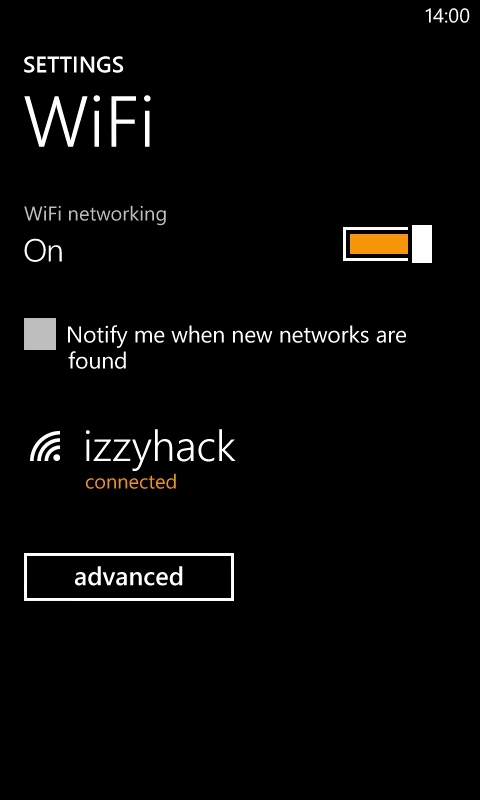 3. Charging the phone last thing at night is not a 'given'

Not everyone has a mobile charger by their bed. In any case, it feels like the designers have assumed people will charge their Windows Phone overnight. You can't guarantee that, and I'm having to make sure that there is sufficient charge in either the Lumia or the HTC Trophy to make it through the night and wake me in the morning.

Overnight, the phone should be idling and sipping as little power as possible. I know the OS likes to keep pulling data in to be up to date when you switch on, and I can call a halt to this using battery saver, but that's not a valid solution in my mind, it's a hack.

A better use of power while in 'idle' is needed. 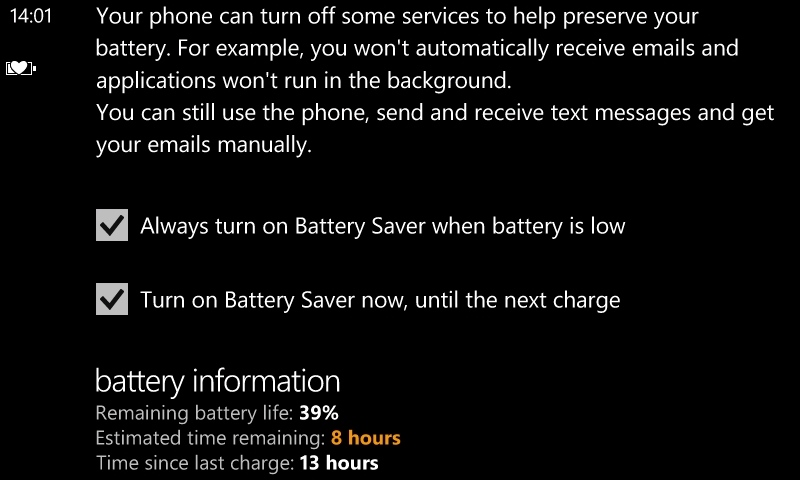 2. The Nokia Music Headset and controller

The classic Nokia HS45-AD54 connector had a 3.5mm stereo jack at one end, and a little box at the other for you to plug in your headphones. The box was a little controller with music controls, volume, call/hang up button, and a microphone. Hands-free for calls, controlling your music while leaving your phone in your pocket, and  allowing you to use your own headphones - it still is one of the best music accessories for any phone I have ever been able to use it on. [Seconded - Ed]

It doesn't work on the Nokia Lumia 800. That makes me very sad. 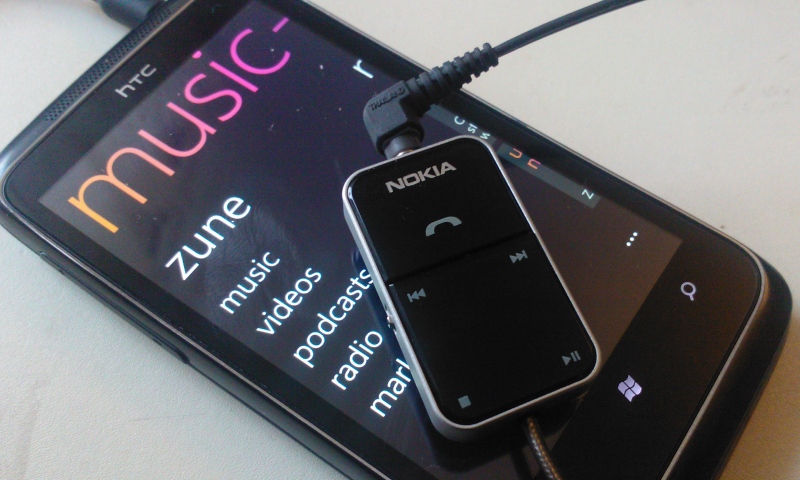 The picture manipulation, the social network, the ease of use, it's all available in other apps in varying degrees, but it needs to be unified and talk to the existing Instagram community. Quite frankly there should be a dump truck of money in front of Instagram's office, with the Windows Team Bloggers sitting astride it, waving a flag that simply says "please."

This will sell you more Windows Phones - and it will mean I can stop disappointing people when they ask me if Instagram is there. 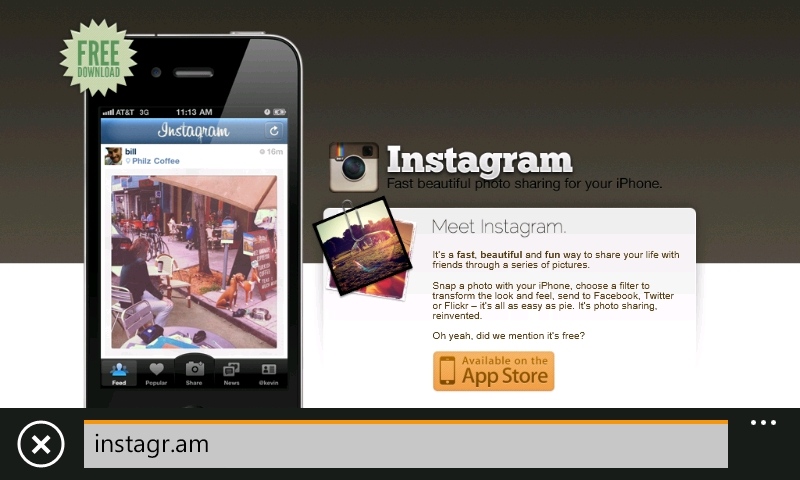 Agree? Disagree? It's over to you.